Last month, fbb reviewed the Tickety Split web site (read again here) and gave it the thumbs down, mainly because it only considered single tickets and suggested that "two singles are often cheaper than a return." WRONG. Two singles are rarely cheaper than a return and many of the Tickety Split answers offered fares that were more expensive than a saver return. It also suggested you should buy your tickets from The Trainline. WRONG. The Trainline charges fees; rail company sites don't. There is NEVER an occasion when The Trainline offers a cheaper price than that available from the rail companies.

But in his Fare Dealer article in the current "Rail" magazine, Barry Doe refers to another split ticket web site.

Potentially better, hints Bazza, because it gives information on returns. 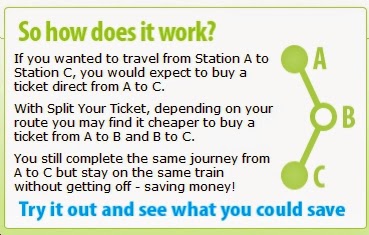 Last Saturday, fbb and Mrs fbb went to Reading for a birthday party. She was 1! So what does "Split your Ticket" offer. Firstly, unlike Tickety Split it lists fares but, unhelpfully, gives no guidance as to when they are valid. But for the fbb journey all it can say is ... 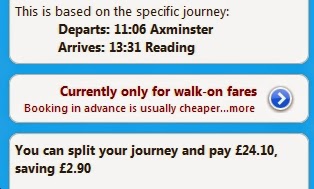 ... but, assuming the split works in both directions (not guaranteed), it still costs nearly twice as much as the Senior return at £27.05. Which is what fbb paid.

The same reply came for the following ...

... and many more. What about London Euston to Glasgow?

This time we get a list of standard fares ...

Axminster to Reading is too short, London to Glasgow is too long. Let's try something which is surely available. Axminster to London.

A whole 20p. But something doesn't look right. So off to the authoritative and official National Rail site. Here it shows Anytime return as ...

It is true that at certain specific times you can save money by travelling part way on one type of ticket and the rest on another. fbb did just that on his recent trip to Truro and saved money. BUT YOU HAVE TO GET IT RIGHT. And this particular site gives you no guidance as to what these circumstances are.

Other fares are not the same either.

So whatever ticket you want, split or not, this site offers a small saving? WRONG. It is giving the WRONG FARES. Look closely and you may come across this little note.

Whoops. Fares were increased from January 2014.

And, yet again, it links directly to ...

... the Train Line which charges fees and thus offers prices that are NEVER the cheapest.
Be sensible : buy exactly the same tickets at your local station or from your rail company and save the fees and (with some company sites) the postage as well.

Sadly rail fares in this country are so complex and illogical that the much advised split ticket ploy can lead you into a minefield of mis-information and possible over-charging. In the case of Split Your Ticket, the lack of train times leaves you as much in the dark as you were before you logged on.

If you know what you are doing, and can do your own research, then splitting your journey can save you money. But neither of the two on-line services reviewed is sufficiently trustworthy and complete to be recommended.

One day, perhaps after the ravens have left the Tower ... 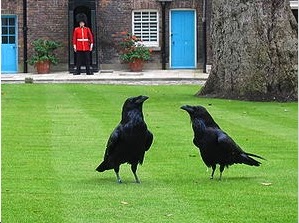 ... one of two things will happen. Someone utterly brilliant with a mind that combines Turing, Einstein, Hawking and Doe will FULLY UNDERSTAND the UK's rail fares system ... 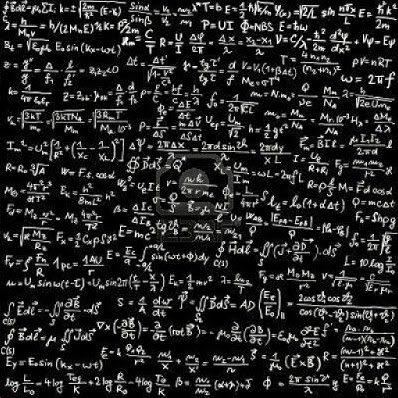 Calculating the optimum fare
between Axminster and Sheffield

... OR we will have a brand new pricing structure that ordinary customers can handle. fbb expects neither in his rapidly evaporating lifetime. So it's back to finding a genius. 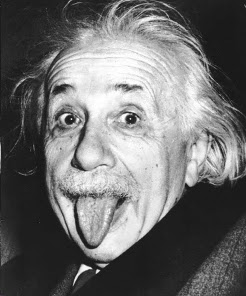 And talking of splitting? Mrs fbb has just ordered from ...

... and was thrilled to be told that he order would come in one parcel.

This was doubly encouraging because she had just bought:-