to Stoke Bruerne at Last

Between Wellingborough and Northampton, the X4 has a bit of X-ness. After leaving Wellingborough on the old A45 (now A4500) it runs via Earls Barton ... 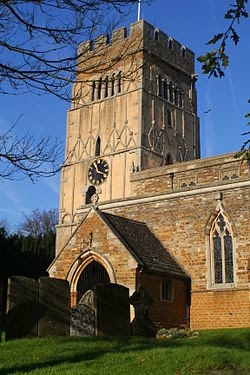 ... home of a magnificently ancient church which featured on a commemorative stamp in 1972.

It is generally accepted that the church in Earls Barton was built around the end of the tenth century. Even though only the tower survives from the original church, this is one of the best examples of later Anglo-Saxon architecture. 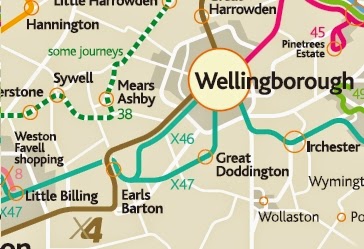 ... provide four buses an hour between Wellingborough and Northampton. In  the evenings and on Sundays, however, the X4 follows the "old" road to give a half hourly frequency on the "traditional" route between the two towns.

The fast "Nene Valley Way" offers fbb a bit of a nostalgiafest as it carves a gash through his childhood stomping ground at Little Billing. 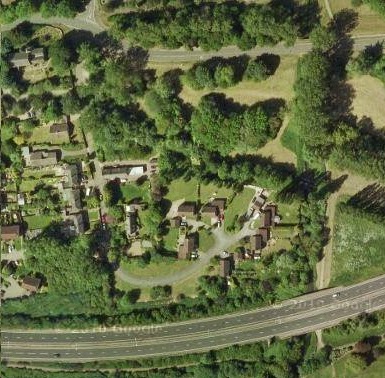 The village church, where the lad was a server (complete with long white frock), is top left and leading southbound is Church Lane. In that days of the lad's callow youthfulness, there was nothing southbound until the river Nene and the mysterious ancient encampment, Clifford Hill. 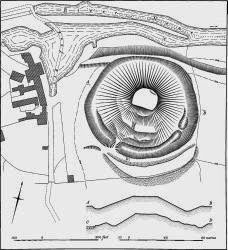 It guarded a ford over the river on the track between Little Houghton and Little Billing, although no-one knows why the ancients bothered!

Travelling south from Northampton itself, the X4 (joined by the X7) becomes a Northampton town service via Grange Park.

A little further south again was Courteenhall Road where, during fbb's brief trainspotting phase, it was possible to walk down the embankment, stand on top of the retaining wall and spot trains on the main line and on the Northampton loop. 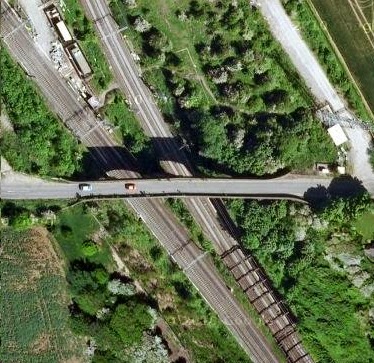 Alas, now, access would be well-nigh impossible; probably a good idea with 25,000 volts of big electricty close by! But the joy of plenteous Jubes, Scots, Pates, Prinnies and occasionslly 10000 and 10001 was one of life's great privileges. 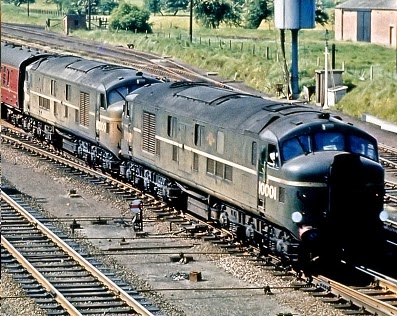 Today's bus would appear to be the half hourly X4/X7, but back then it was the hourly 325 to Stony Stratford.

Except that the X4/X7 wouldn't stop at the end of the lane as it runs (very) limited stop to Milton Keynes. The only offer for Courteenhall Road is the five times daily 86.

Notice that the 86 also serves Stoke Bruerne, home of the fascinating Canal Museum. 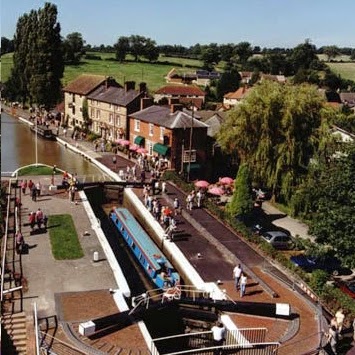 Thus it is that on Sundays, as well as being less than X at Peterborough and between Earls Barton and Northampton, our friend the Gold X4 diverts off the A508 for an additional stop at Stoke Bruerne. 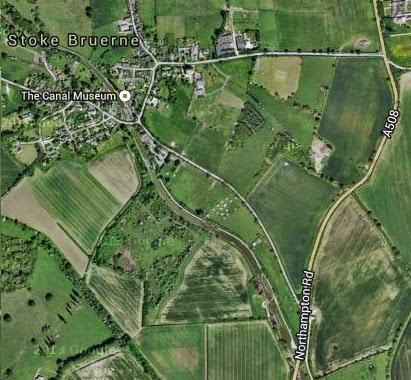 A few weeks ago, it was at Stoke Bruerne that old and new were photographed by our Northampton correspondent, Alan. 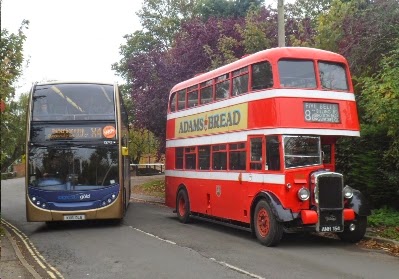 First delivered to Northampton Corporation Transport in 1947, this Daimler CVG 6 worked on the local bus routes covering 620,790 miles within the town boundary until it was withdrawn from service in 1964. It was then converted and used as a driver training vehicle during the period 1965-1969. After this, 154 saw little use and was eventually de-licensed in 1973. With the advent of the Greyfriars Bus Station in the mid-seventies however, 154 was given a further lease of life as a promotional vehicle to distribute information about this new town facility. After this task was over in 1978, the vehicle was simply stored in a shed at the back of the St James bus depot. Gone perhaps, but certainly not forgotten. The 154 Preservation Society was formed in 1990 and, since then, has spent over £10,000 restoring this wonderful vehicle.

It was while members of the Group had adjourned to the local hostelry and/or tea shoppe, that Stagecoach's 2011 Gold trundled past, providing us with a telling contrast in vehicle design, capacity and operation during 67 post war years. Wow, ANH 154 is two years younger than fbb; scary in the extreme.

And setting the old man off on his wider investigation of he X4. 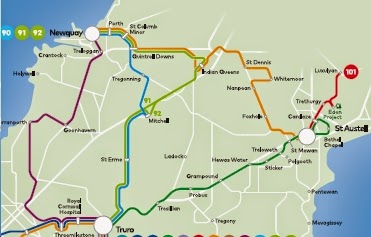