fbb and a Bohemian Vibe [3]

If You Want to Know the Time Ask a Bus Stop


But not in Newquay.

As the icy rain fell, and before fbb set off from Newquay for St Austell and home, he had time to observe the so-called real time information at the Great Western Hotel stop. 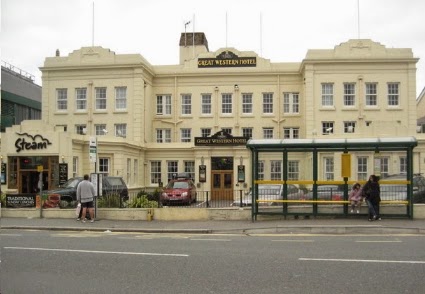 The bottom line below shows service 88 which ceased to run after service on Saturday 1st November. It was now Tuesday 4th November. 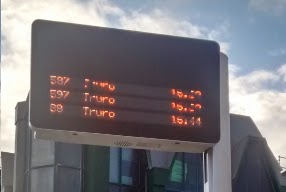 Quite why the confuser announced TWO service 597s at the same time is something of a mystery. A little later the light is getting worse so fbb's camera phone does its clever automatic explosion stuff, slows down the electronic shutter and can now photograph the signs without squiggling. 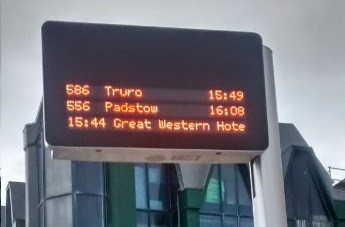 The 586 and 556 are right, up to a point. The clock shows 1544, the time in the real world is 1552. The clock is 8 minutes slow and fbb is fairly sure that an inaccurate electronic clock should not be; but it most definitely was. And it isn't real time anyway. Every time shown was timetable time.

Of course, there is no mention of First's new services which have been registered for 8 weeks with a copy of the timetable deposited with the County Council at the same time. fbb was awaiting the 1554 service 21 to St Austell which moseyed along at 1600 unloved and unannounced. There were, however, two shopping bag encumbered genuine passengers on their way home to Whitemoor. They had peered expectantly at the display, and baffled by both time warp and dodgy information, asked fbb about the First Great Western (sic) bus to St Austell.

What is the point of having electronic displays if they are not kept up to date? It would be better to switch them off until the terrestrial pulmonate gastropod molluscs at Cornwall HQ spring into frenetic action.

Earlier, your weary wanderer had spent a brief 15 minutes at Newquay bus station. He is feeling better now. 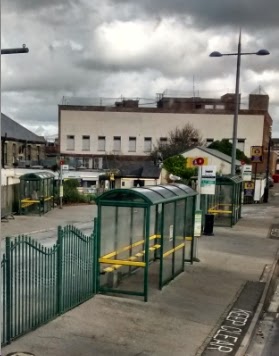 ... and was deserted. Only two passengers boarded during fbb's 15 minute layover. None alighted despite the arrival and departure of half a dozen journeys. Maybe it's busier in the summer, but in the winter most passengers use the more convenient town centre stops, 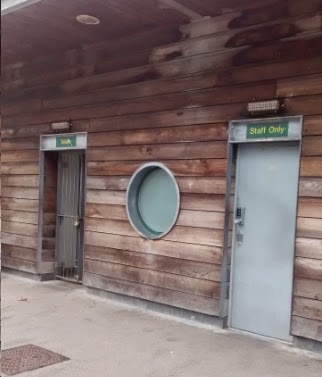 ... closed and barred. And what of Western Greyhound's welcoming enquiry office ... 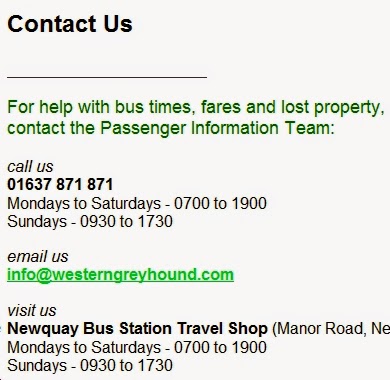 ... with generous opening hours? It too was closed all day Tuesday and had been the previous Monday. Readers may draw their own conclusions. It doesn't look good for WG. 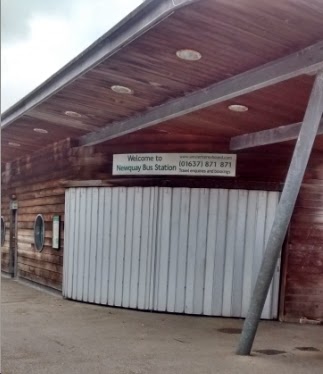 But there are some good things happening at a Council level. Aren't there?

The ‘Eco Communities’ initiative, a UK Government backed scheme to develop and demonstrate low carbon living in the St Austell area, presented a key opportunity to address the sustainability of transport infrastructure. One of the key themes for the Eco-communities vision is ‘Transport and movement – providing new sustainable choices’. This aims to achieve a ‘highly sustainable transportation network that enhances public transport systems, improves existing networks, encourages alternatives to vehicle-based travel, such as cycling and walking, changing people’s behaviours and travel patterns’.

Typical Council guff. Erm, yes. Buses are a "good thing" which is why we don't  keep our bus stop flag information up to date.

The creation of bespoke bus shelters that are in keeping with the local environment and landscapes is key to achieving these objectives.

More people will travel by bus if you have bespoke shelters? An interesting proposition. Presumably a bus shelter is more important than telling people which services stop there?

Certainly in St Austell District (which includes Newquay) dozens of new shelters have appeared. They come in all shapes and sizes. Big and two sided ... 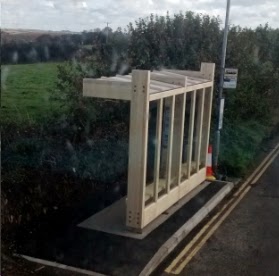 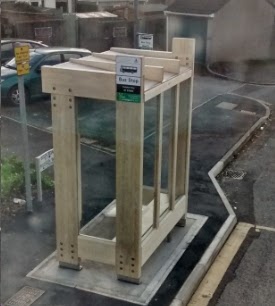 ... and equally small and one sided! 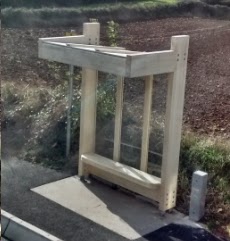 They all have a bench, a light and space for a flag (no route numbers!) and a timetable frame. 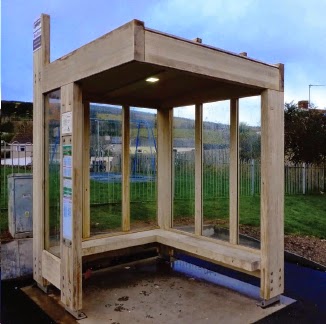 The timber weathers to a rather dismal grey which matches the grey of the quarries that proliferate in the greater St Austell area. But they look good and may be a little more vandal-proof than your average plastic and metal adshel type. In Trinity Street, two large three sideds have replaced one open green and yellow ... 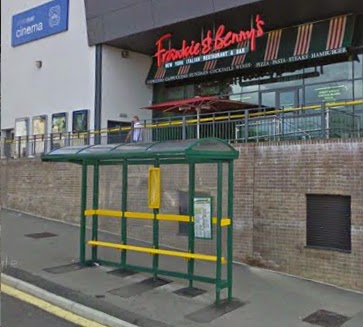 ... one for Frankie and one for Benny.

Now we have a whole new hobby for Cornwall omnibologists. Spotting and logging each type, its location and facilities. "Hey Gerald; there's a three panel three sided sideways-facing sustainable with TWO lights at Trewoon. I copped it yesterday." "Well Nige, you haven't seen the one sided small that they built upside-down at Bethel Chapel!"

And talking of bus nuts. Northampton Alan went with 267, the last rear entrance decker to be delivered, to the Lincoln kneesup last Sunday. 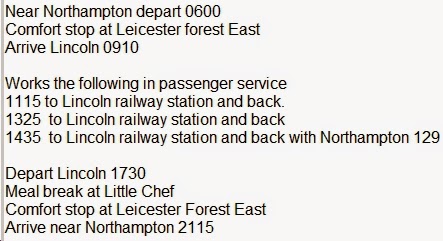 Who could not like this atmospheric and nostalgic snap of three preserved Northamptonians at Hykeham in the gathering gloom. 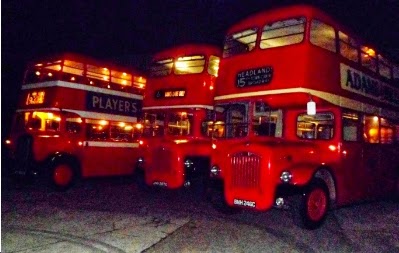 And the aforementioned 267 in daylight glory, forwarded by lorry driving chum Dave who was also there. 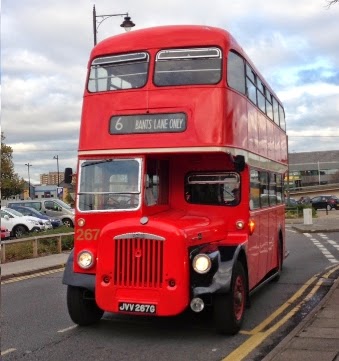 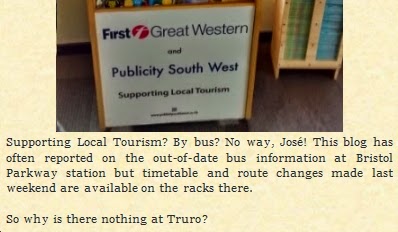 Brizzle correspondent Paul had sent fbb a snap of up to date leaflets (from 2nd November) at Bristol Parkway: First Bus leaflets at a First Great Western Station. But fbb had lost it (in more ways than one)! So here it is, sent a second time by the ever patient Paul. Thanks:- 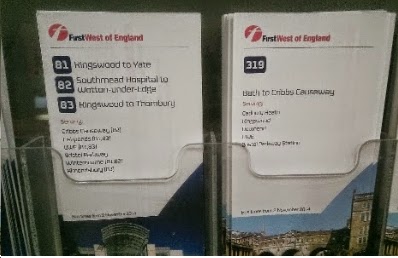