Stagecoach are Bettering Buses to Kettering [2] 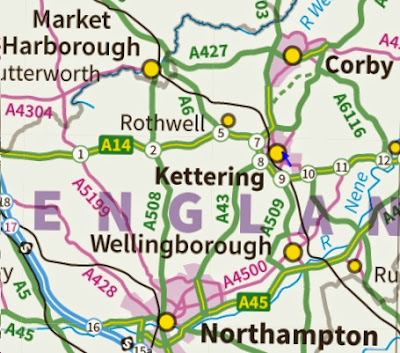 Historically the A43 ran from Kidlington just north of Oxford to Stamford. The road ran the full length of Northamptonshire from south west to north east (ish!). The road carries heavy traffic between the M40 and the M1 and has been upgraded to dual carriageway with bypasses at Brackley, Silverstone (where the by-pass bypasses the bypass) and Towcester. One intriguing snippet of road and rail trivia is this:- Part of the diverted A43 at the M1 junction uses a recycled bridge which used to carry the M1 over the former branch line between Northampton and Blisworth. 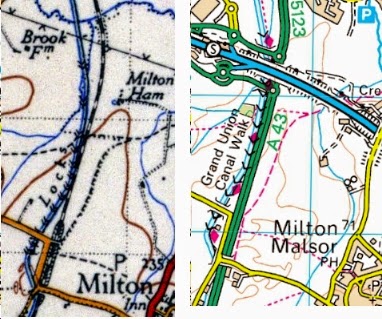 In 1952, which is the oldest timetable fbb has (thanks to a generous donation from Clive from Kent), services 6 and 8 are providing a complex pattern of journeys between Northampton, Corby and Stamford. 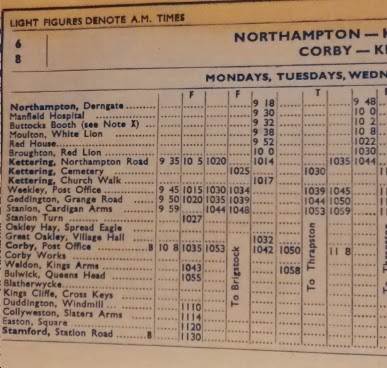 As far as Kettering, buses ran half hourly Monday to Saturday and up to one an hour on Sundays; precious few on Sunday mornings, however, when all good citizens should have been in church! Most journeys divert via the village of Moulton where the White Lion time point still does a thriving trade. 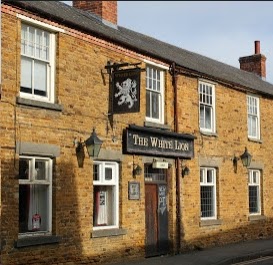 Roll on seven years and things have changed.


A massive re-jig of Tilling company boundaries led to a wholesale renumbering of United Countes services and the Kettering route changes from 6 to 256. It no longer served Moulton and all journeys extend to Corby. 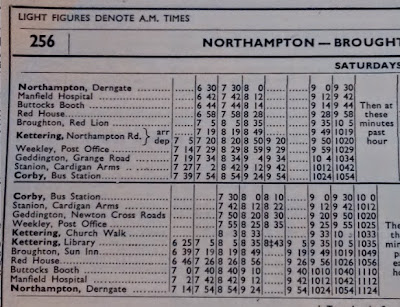 Frequency remains at every 30 on Saturdays, but is reduced to hourly Monday to Friday. Sunday has become clock-face hourly from 0930. Moulton gain its very own half hour service 302 ...

... but Moultonians were not 'appy at all. The new 302 went a long way round via Weston Favell and, in doing so, did not serve the shops on the Kettering Road that the villagers were used to.

But what has caused this change to the Kettering route?

Corby! From the mid 30s onwards this insignificant village had expanded to provide housing for the new Stewarts and Lloyds blast furnaces ... 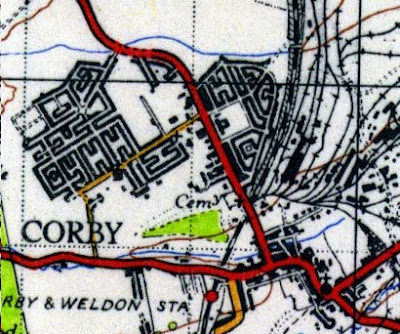 ... but now humble Corby was set to grow and grow as a designated "New Town". 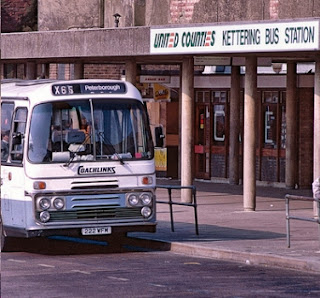 ... adjacent to the bus garage and not too far from the railway station. But such useful facilites had but a short life and, post privatisation it was soon sold off.

It is now the obligatory block of flats. 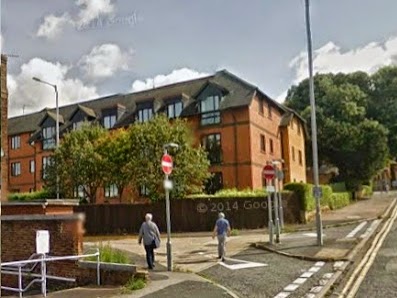 Spookily the no entry sign blocking the road to the car park area for the flats still allows buses to pass through ... 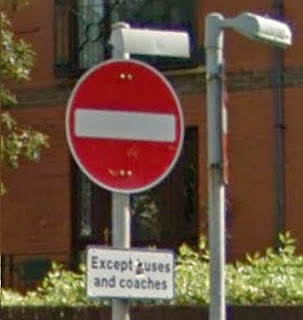 ... or did when Google Streetview drove past.

Slowly, but surely, services along the main road were reduced and diverted to serve various villages; by year 2000 the A43 route, NOT via Moulton village, had become part of Coachlinks X65 (as seen in Kettering bus station above) running at a measly two hour frequency. 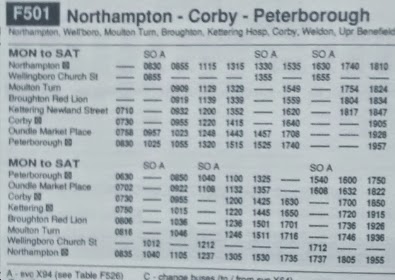 Ultimately the "traditional" service withered away completely; its modern replacements, services 38 and 39, meandered all-too-slowly between the County town and Kettering. 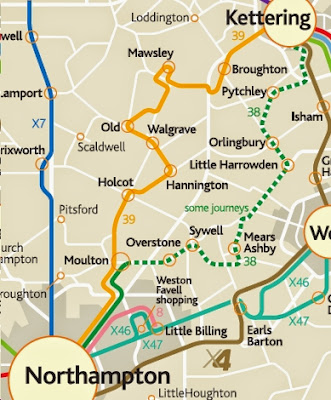 But the X4 offered an alternative for town-to-town passengers.

We will check out and compare the various slower choices in tomorrow's blog.


Next bus blog : Thursday 20th November
Posted by fatbusbloke at 02:00