And many of us will remember the first omnibological manifestation thereof. As part of a grand plan to reshape London's buses (i.e. stem the seemingly inevitable tide of decline and loss) there was to be a network of longer distance "big bus" routes, supplemented by local frequent shuttle type services operated with "standee" single decks with flat fares.

In central London there would be a host of "Red Arrows" of which the experimental first was the 500. Operated by Merlins (which everyone else called "Swifts"), this ran from Victoria to Marble Arch at Monday to Friday peak times. 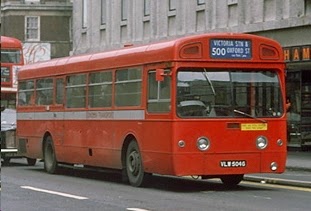 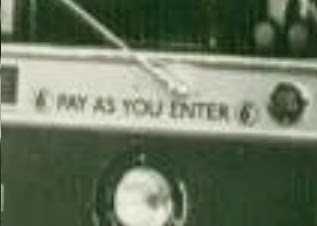 ... paid into a turnstile. When first introduce from 18th April 1966, buses ran from Victoria in the morning peak, returning "light"; evening peak, out "light" and back in service. Off peak (as in the above picture) the service ran to and from Oxford Street for shoppers. fbb remembers taking a day trip from Northampton especially to experience this revolutionary novelty.

The route became more "normal" in due course and lost its turnstiles. 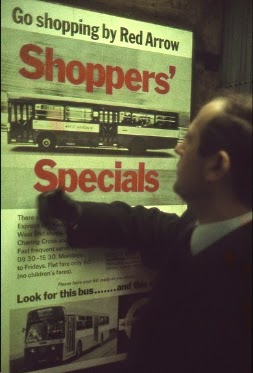 The 500 expired on 12th August 1988, being replaced by a revised 73. Thanks to Ian Armstrong's London Bus Routes site for filling fbb's extensive memory gaps.

Other Red Arrows were developed from 1968 until a sizeable network was operated. 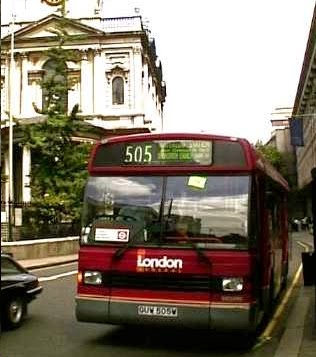 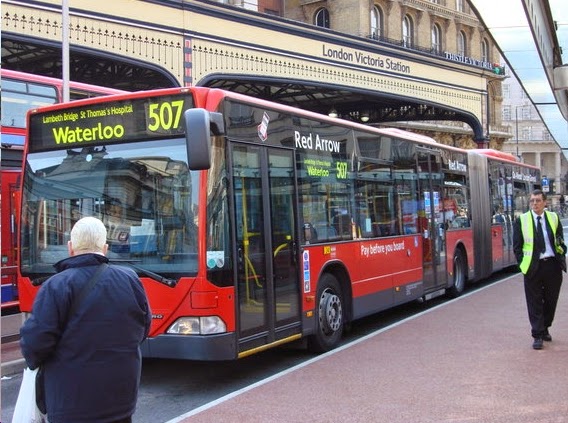 After Boris the Blue's highly illogical anti-bendy campaign, these were replaced by "normal" Mercedes single deckers and ... 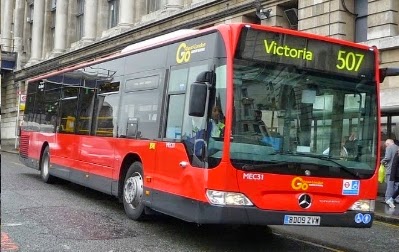 The shortest-lived and shortest distance Red Arrow was the 511 from Victoria Station to Victoria Coach Station. It ran from 1st July to 7th October 1972. The route number was later reused for a service from Victoria to Waterloo. Various operators have had a go at linking the coach and rail stations but no service has been sustainable.

This was a report in "Commercial Motor" magazine in March 1967:-

London Transport this week out lined its proposals for the first of the suburban "satellite" schemes under its big plan for reshaping the central (red) bus services. Stage one of the Wood Green scheme is planned for introduction towards the end of this year. It will bring about major changes to bus services in the area, which is served by two tube stations on the Piccadilly Line  (Wood Green and Turnpike Lane) linked by Wood Green High Road with its busy shopping district. LT plans to bring in four flat-fare routes operated by single-deck buses with coin-operated entrance gates.

But it was in September 1968 that the flat fare standee services was introduced based (loosely) on Wood Green Underground station. W1, W2, W3, W4, W5 and W6 all replaced or enhanced local routes.

The seasoned view is that the "reshaping" model was not successful. We Brits simply don't like "standee" public transport; the turnstiles didn't work very well and here were hold-ups. Passengers did not like changing because, as well as the inconvenience, it was perceived that journey times were longer. 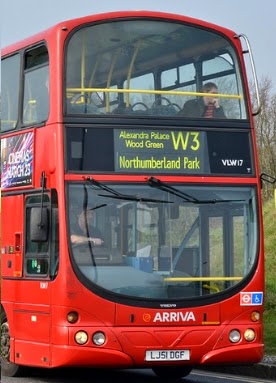 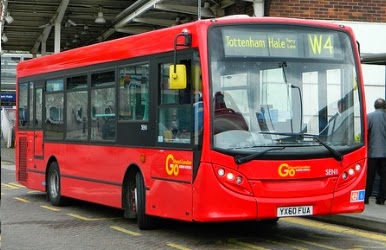 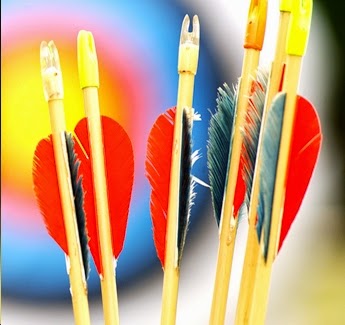 First it was LT shooting the red arrows, then came Trent.


Next bus blog : Tuesday 25th November
Posted by fatbusbloke at 02:00