fbb in Trouble Yet Again!
He forgot the Red Arrow experience in Tyne and Wear!

"Northern" originated in the early 1900s when Gateshead and District Tramways asked Parliament's permission to extend their Tramway, which finished at Low Fell, to Chester-le-Street. Parliament denied this, so the directors decided to set up a motor bus operation instead. Hence the Northern General Transport Company was formed and its first depot was built at Picktree Lane, Chester-le-Street in 1913. 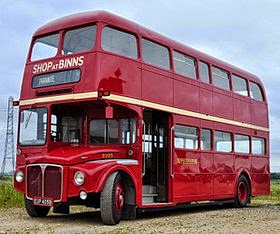 Of the company's many claims to fame, two are illustrated by the picture above. It was the only significant non-London user of the Routemaster; and its vehicles oft extolled passers by to "Shop at Binns" 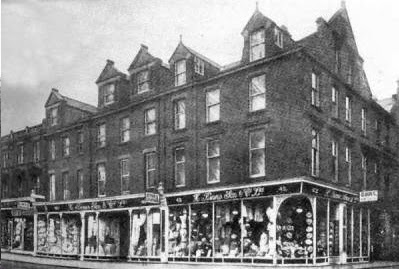 Binns became part of "House of Fraser", no longer a feature of the front of GoAhead deckers.

Back in Great Britain Bus Timetable days (circa 1998) GoAhead had gone ahead with its revamp of the "Northern" bus company, serving areas south of the Tyne. It was part of the UK that was not well known to fbb, so recording changes was far from easy.

Tradional routes, like the all-stops 194 to Easington Lane were accompanied by limited stop versions, like the hourly X94. 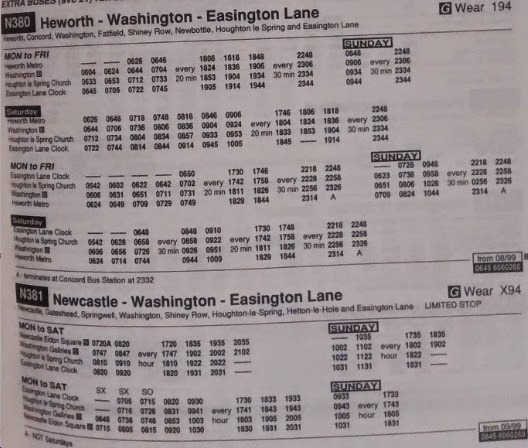 
A bit like Trent, GoAhead began an extensive programme of route branding. 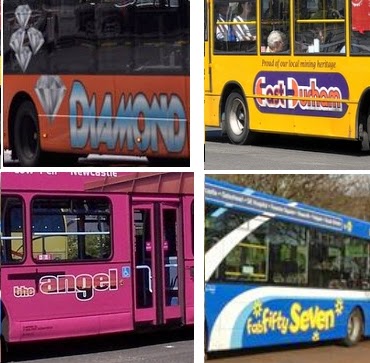 There would be loads and loads of them. fbb's favourite is "The Lambton Worm", as previously blogged. See "The Wear-side Worm of Washington" (read again). This re-branding was not just about silly names and a coat of paint; it was accompanied by some dramatic service changes.

Thus it was that the service to Easington Lane became "The Red Arrows"; note plural!

Four buses evey hour in 1998 (only one from Newcastle) become every ten minutes (from Newcastle) in 2014 with a further service from Heworth. Direct comparisons are not easy because of changes elsewhere in the network but by every measures it's a lot better now than in 1998. 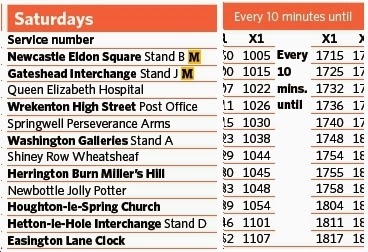 Double decks provide the bulk of the service although previous versions offered single deck buses to Sunderland and a higher frequency between Newcastle and Washington. 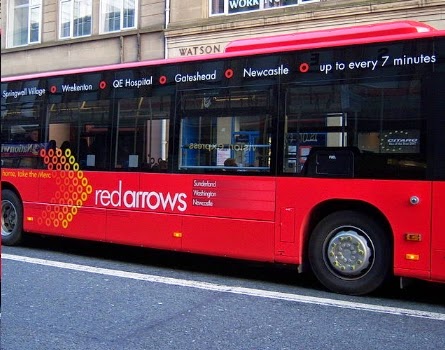 In a re-jig, Sunderland to Washington remained as Arrows but turned silver! 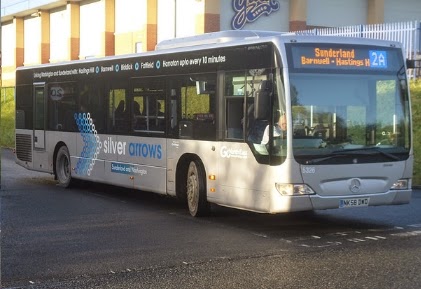 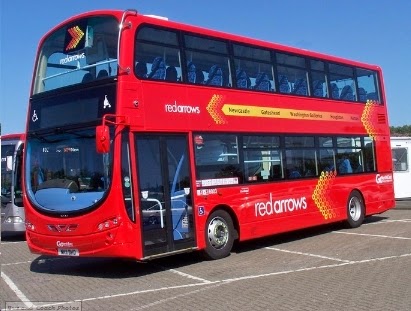 Fares discounts are available via the group's national "smart card", The Key ...
... which, sadly, does not cover single tickets, just day and "seasons". Bus companies and/or local authorities really do need to look long and hard at systems similar to London's Oyster. [whilst being aware of the financial dangers of the new "touchy-feely" bank cards!] 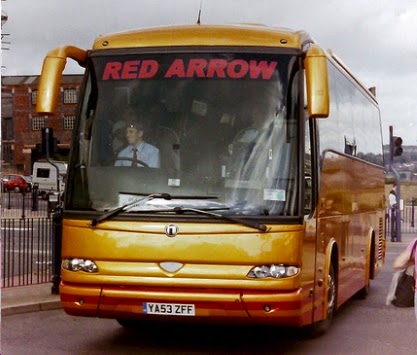 Red Arrow Coaches operated private hires, tours, holidays and at least one stage carriage service in Huddersfield until 2008, when the company closed down. The 384 bus route ... 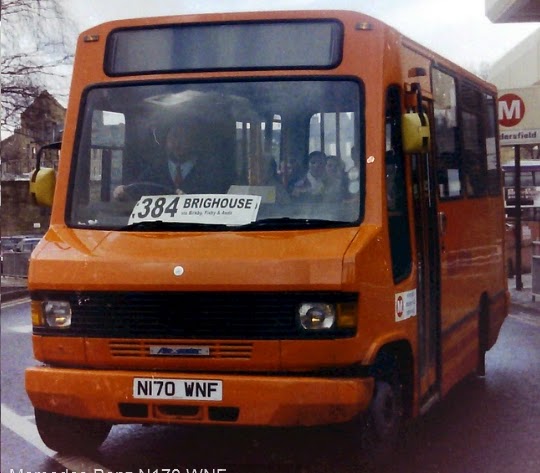 ...is now operated by Stotts. 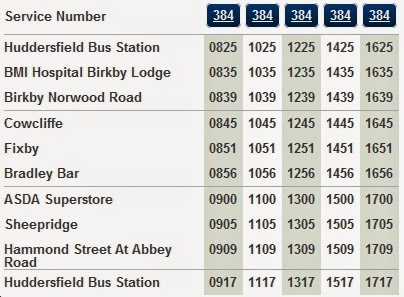 The business was absorbed by Yelloway. In case you are mystified, that is not the Yelloway of fond and happy memories which passed away in 1988. 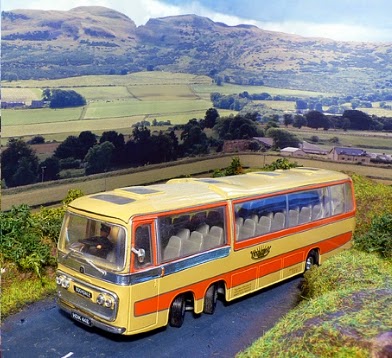 The rights to the name were bought by Courtesy Coaches from ovver't Pennines. Their web site claims they are successors to Huddersfield's Red Arrow company.
---------------------------------------------------------
A London P.S.
When fbb was looking at London Transport's very first red Arrow (April 1966), he searched on-line for some early publicity for the service. His search was fruitless until some days after writing the blog. On-line is an esoteric blog about "E" plates. The were the stove enamelled metal squares that were bolted to London's busy bus stops. 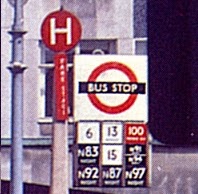 But on the E-plates site is a selection of Red Arrow publicity viewable (here). From this site here is an extract of a leaflet for the first 500 ... 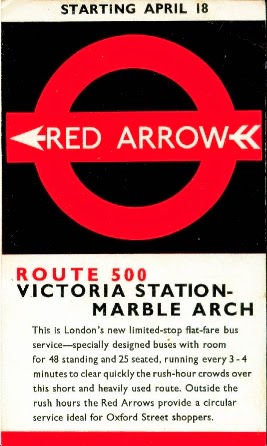 ... and a piccy of the cumbersome and unreliable tunstiles. 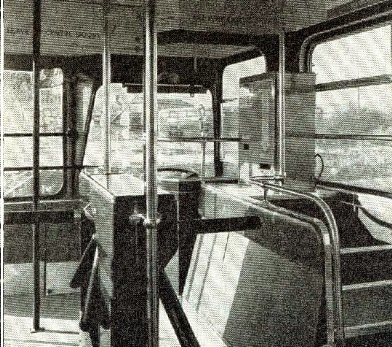 Next bus blog : Sunday 30th November
Posted by fatbusbloke at 02:00