ABOUT US
Manchester Buses Journey Planner is a labour of love from the heart of IOLogics Limited. Being based in Manchester, our team enjoys the great transport service provided by Manchester Bus network.

Unfortunately, there was no decent and modern journey planner available, Transport-direct website provided some relief but then UK Govt. decided to close it down. With no responsive alternatives available ... 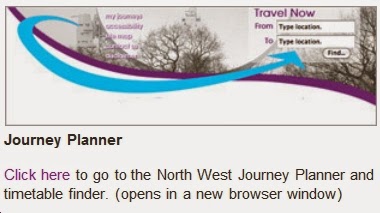 Erm? Ever heard of Traveline?


The IOLogics team immidiately went on the mission to create a useable and useful bus journey planner for the people of Greater Manchester area.


The IOLogics Limited team has a unique combination of skill sets which include design, eye-to-detail, mobile-first approach, excellent engineering and top marketing skills. The result was a turn-around time of 20 days with a great website containing a Manchester Buses Journey Planner which actually works all kinds of modern day screen sizes.

Perhaps that's the beef. Neither Traveline North West (nor Transport defunct) was very good on Smart phones, I-pads and other portable stuff.

Anyway, the proof of the pudding is in the eating, as they say. ("proof" in its less usual sense of "testing"; see also "the exception proves the rule") 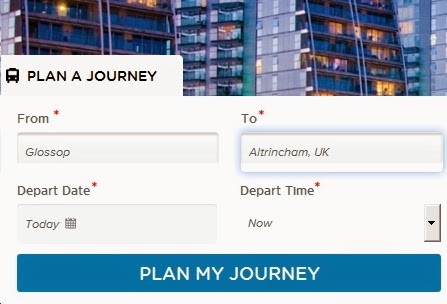 ... and a delightfully simple interface. Good house point. But warning signs then appear. 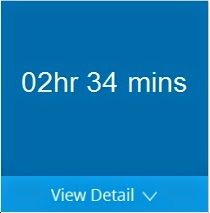 Over two and a half hours from Glossop to Altrincham seems a lot. 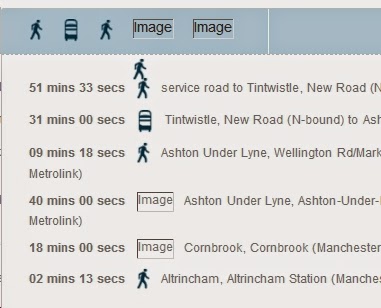 Oh deary me. WALK for 51 minutes (and 33 seconds - must take your stop watch with you) to Tintwistle. 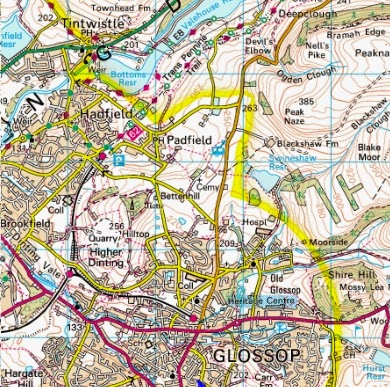 And 9 minutes between Ashton bus station and the Metrolink stop? (IOLogics have forgotten to add a "tram" icon to their system, hence the blank "image" bits). 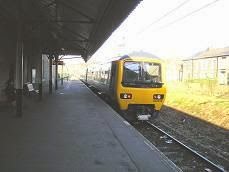 The Glossop "mess" may be because Glossop in in D*rbysh*re and that is in the **st M*dl*nds Traveline area and, obviously, a Manchester Buses journey planner would not want to advise a tr**n!

Traveline seems to get it right ... 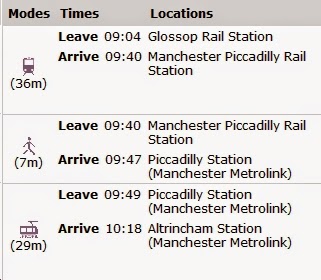 fbb commends IOLogics for a genuinely motivated effort BUT Traveline (with all its faults) is better. Maybe a fairer test would be to try a definite bus only trip.

Here are the two systems' answers for a bus at 1010 from Doffcocker to the Bolton Hospital. New site; complicated:- 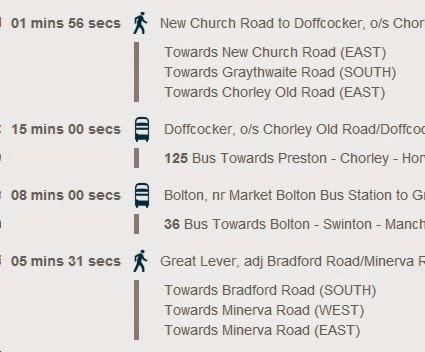 Old, and non existent according to AOLogics, Traveline:- 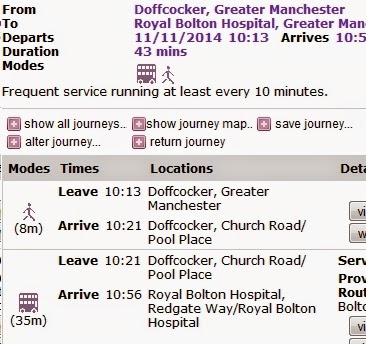 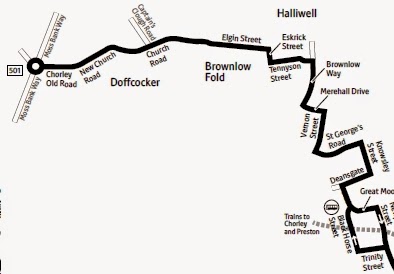 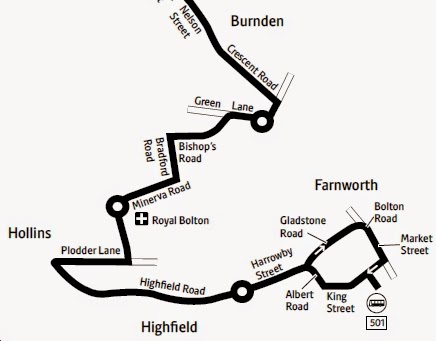 An interesting comparison. But best stick to Traveline until AOLogics get some bus people in to sort out their algorithms. Maybe Bolton Hospital can provide some treatment for a touch of dodgy algorithms.

Or even a few of these! 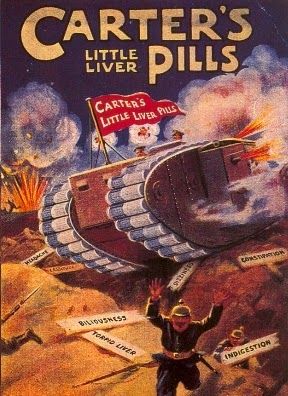 But, whatever the quality of journey planning from the new site, fbb is preparing to rush northwards to ride on Manchester's new blue super-duper double becks. 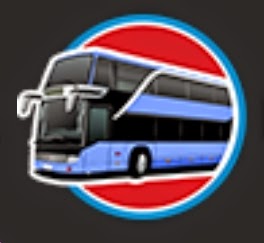 Geriatrix is the oldest inhabitant of Asterix's village: he is mentioned as 93 years old in "Asterix at the Olympic Games." While drunk, he says he feels ten years younger, to which Asterix replies, "Well, that makes you 83, and it's time you were in bed." 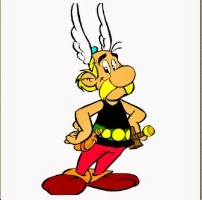 Or it could be the first recorded example of a pot of pills responding to an fbb post. 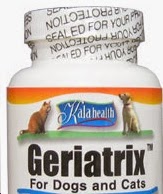