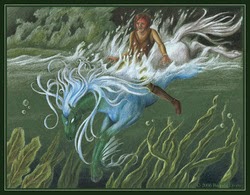 In mythology, the Kelpie is described as a strong and powerful horse. Its hide was supposedly black (though in some stories it was white), and appeared as a lost pony, but could be identified by its constantly dripping mane. Its skin was said to be like that of a seal, smooth but as cold as death when touched. Kelpies were said to transform into beautiful women to lure men into their traps. They created illusions to keep themselves hidden, keeping only their eyes above water to scout the surface. The fable of the kelpie varies by region. Other versions of the myth describe the kelpie as "green as glass with a black mane and tail that curves over its back like a wheel" or that, even in human form, they are always dripping wet and/or have water weeds in their hair.

In particular, they are a pair of spectacular "art works" near Falkirk. 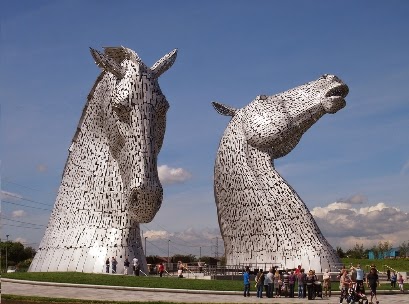 The Kelpies are 30-metre high horse-head sculptures, standing next to a new extension to the Forth and Clyde Canal in The Helix, a new parkland project built to connect 16 communities in the Falkirk Council Area,

More specifically, its is yet another rouite brand from First. 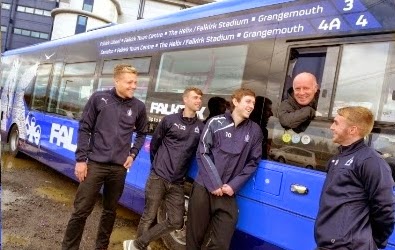 A total of 9 buses will carry the Kelpies through the heart of Falkirk and also feature other well-known town landmarks, the Falkirk Wheel and the traditional town centre Steeple. The man on the block is Paul McGowan, First Bus boss for East Scotland and the gang in the top pic are players and manager of the local footy team. The 3/4/4A routes are busy services ... 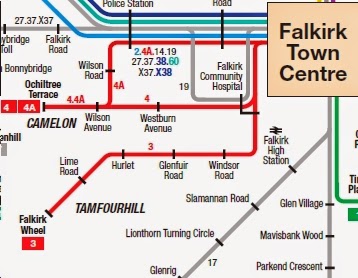 ... which will take you near to Helix Park, home of the Kelpies and ... 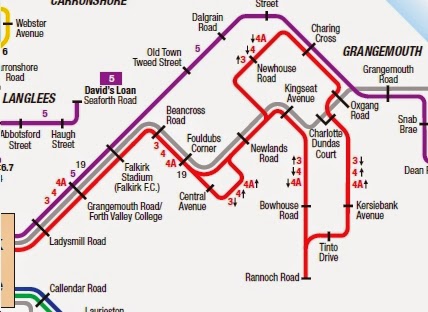 ... cross-town to the Falkirk Wheel. Two excellent visits in one! 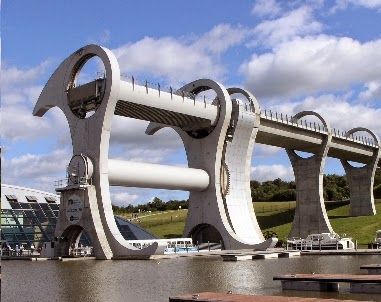 Cake
On 5th November First Bus celebrated 20 years of their operation of the York Park and Ride network. The PR "event" included a presentation to a surprised passenger ... 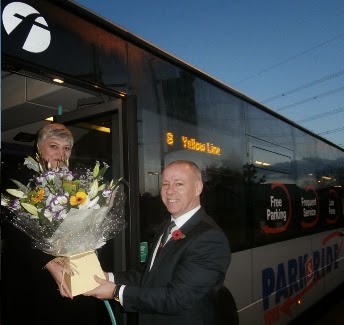 ... and TWO cakes showing vehicles from then ... 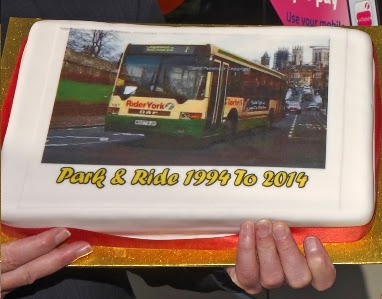 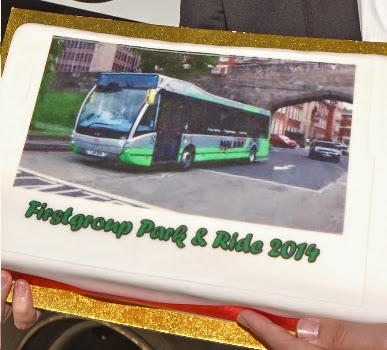 ... the latter being an electric bus on the new Poppleton P&R service. fbb is assured that, by some miracle of gastronomic technology, you can eat the pictures. York is one of the few places where P&R has been a runaway success. First runs the network commercially, retaining all fares, and pays the City a fee for access to the various sites. Parking is free.
-o-o-o-o-o-o-o-o-o-o-

fbb's paternal grandfather, Harry, was injured in the WW1 fighting in North Africa. He was transferred to a hospital in Spain where he died of pneumonia. He left Mabel and Edgar Harry, a baby in arms, fbb's dad. Grannie Mabel remained bitter for the rest of her life and struggled, successfully, to bring up Eddie, overcoming almost impossible odds in a society which offered little support to single mums. Eddie then took part in WW2 as an anti-aircraft gunner and later as quartermaster sergeant. He only encountered the enemy face-to-face once, when his group were lost in the byways of France and a retreating truck-load of Adolph's dejected soldiers appeared at a crossroads. Both parties set off in opposite directions in haste! fbb's father would never attend a Remembrance Day service because he wanted to forget and not remember.


War does not "go away" after it is over. It leaves pain and sadness. How we remember is very personal but, not that far back along our family trees, we have all been affected. 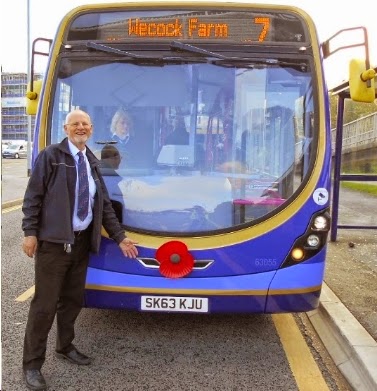 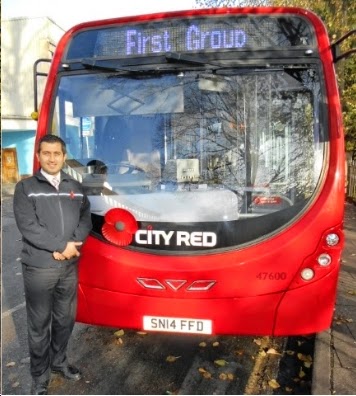 And here is a prayer from "Life Words"


Dear God,
Before whom generations rise and fall,
Have mercy on human foolishness and failure.
When greed, fear and jealousy prevail
Over love and understanding,
Forgive those sins that lead to war.

We remember the courage of men and women
Who resisted evil and stood for justice.
We remember those who stand today,
And we ask you to watch over them.

Help us to value the freedom won for us.
Help us to use it wisely, gratefully,
And pass it on to generations to come,
As a legacy of peace and hope.

In the name of Jesus, the Prince of  Peace;
Amen 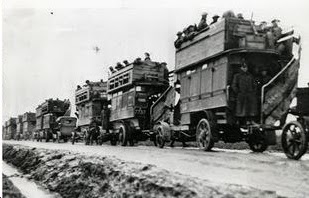