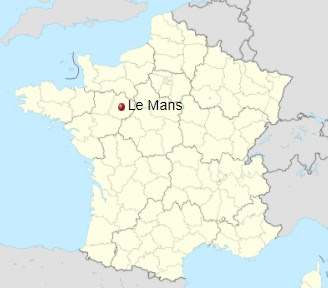 Most of us remember Le Mans for its celebrated 24 hour race (neeeeeeeow, neeeeeeeeow etc.) ... 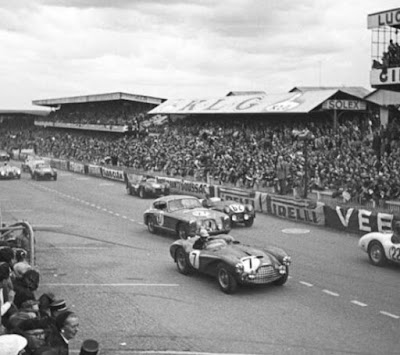 ... but the town had a splendid railway station ...

... which, come the TGV, got a massive make-over, At first glace it would appear that its original arched magnificence has been given over totally to steel and glass. 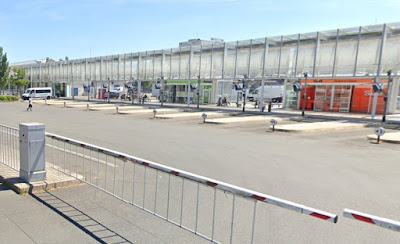 But observe the whole shebang more closely and you will see that ... 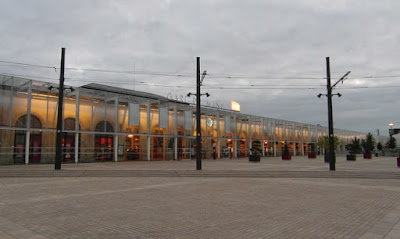 ... the arches are still there behind the glass frontage. You will also see that a tram line passes in front, curving across the broad piazza. There are also some very snazzy looking buses. 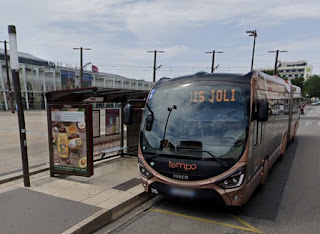 Opposite the station's main entrance, and served by said tram, is Avenue Generale Le Clerc. 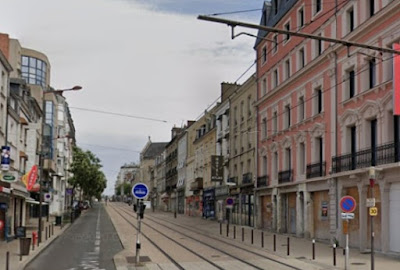 The trams have a similar amount of snazz!! 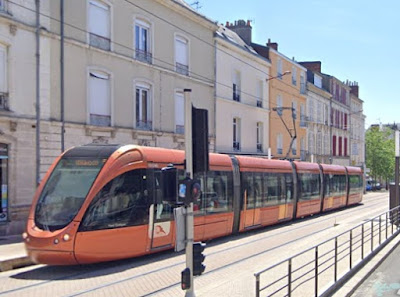 Also qualifying for a Le Mans "Snazz" award is the Hotel Concordia ... 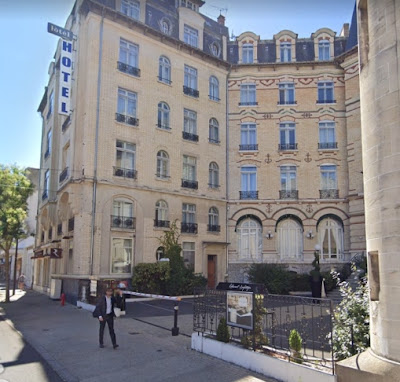 ... which looks a bit over-snazzed for the likes of the fbbs! Anyway, the Hotel Concordia used to have an off-street car park, which is has no longer because it is for sale. The car park is owned by a familiar name, Veolia - yes the bus and bin lorry operator that came to the UK, saw. and failed to conquer. 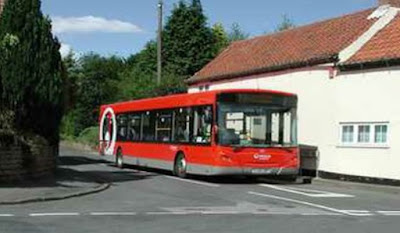 The reason a Veolia subsidiary owns it is that it was Le Man's coach station. 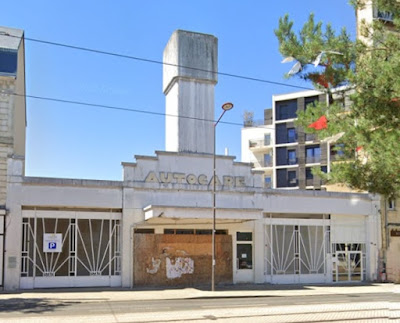 It was, when in use, a glorious example of Art Deco transport infrastructure. 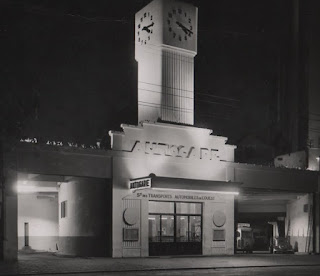 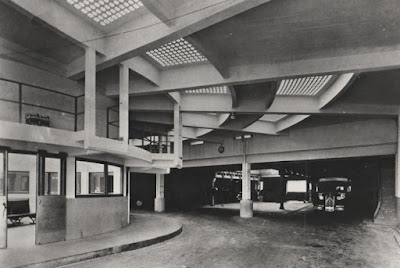 It had a glorious waiting room ... 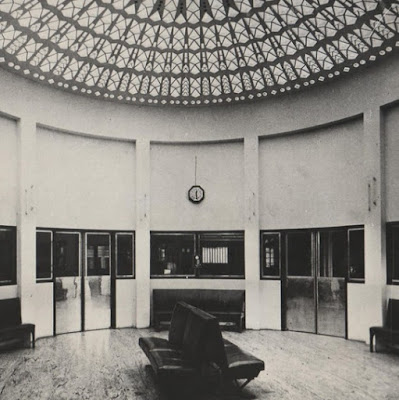 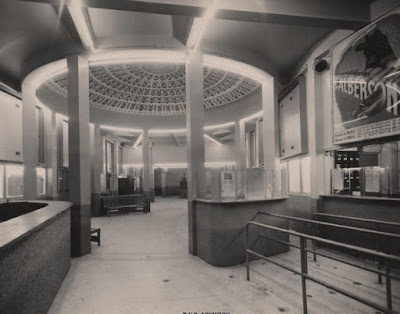 ... and taxis outside for your homeward last leg. 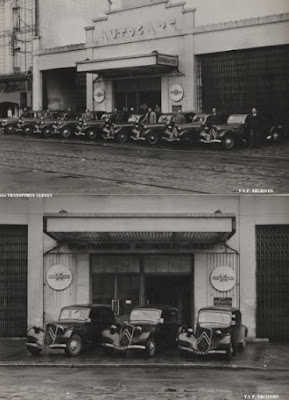 C'etait vraiement magnifique. And it is for sale! 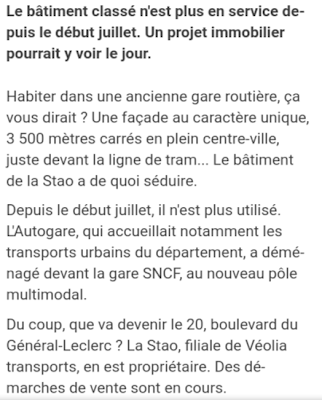 Sheffield's favourite sauce, far better that Worcestershire with which is is often sadly, confused, now features on a First Bus bus. 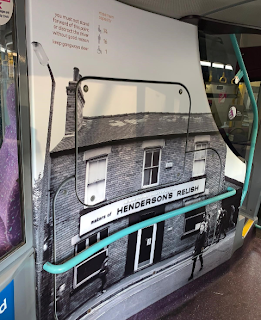 The former brewhouse is now owned by the University ... 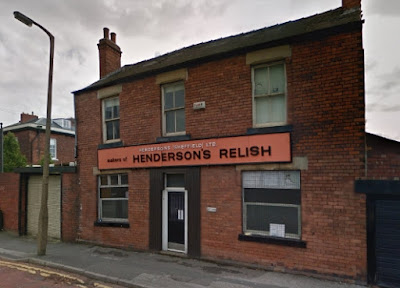 ... but fear not, the Relish to be relished by huge numbers of Sheffielders is now concocted in uncharacteristically new premises on the Parkway Industrial Estate. 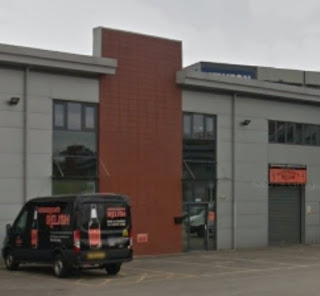 How can such a fancy factory ever produce the real 'Endo's?
fbb has a confession. He has NEVER relished the Relish. But, in penitence, the old man has, as this blog is typed, ordered a bottle of the dark and spicy nectar via Amazon. It will replace the now finished bottle of Worcestershire sauce in Mrs fbb's kitchen cupboard.
Crossrail/Elizabeth Line/TfL Rail 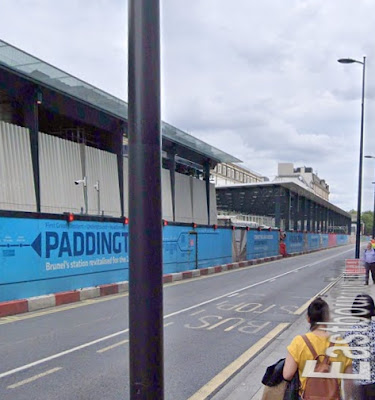 Passers-by on Eastbourne Terrace (alongside Paddington Station) have only really been able to see hoardings around the new Crossrail building site. But pictures have been released of "down below". 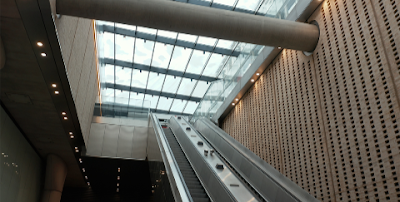 It is all very impressive. 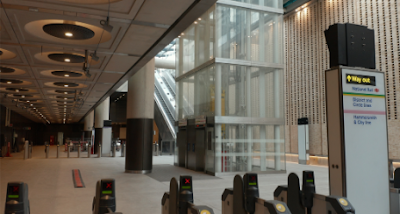 And very deep. But there will be trains down there sometime ... 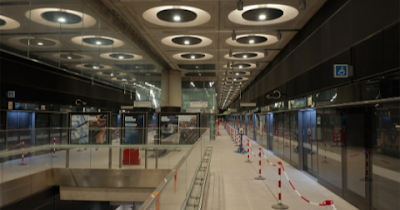 ... and somewhere to sit to watch it all happen. 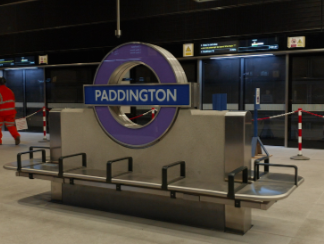 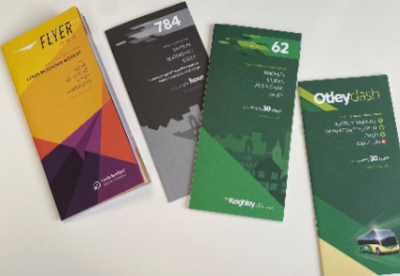 The company is keen to stress that printed leaflets are still important and they will produce plenty.
It may be all on line - but it is much more useful and accessible all in pocket.
The company has also published photos of its van ... 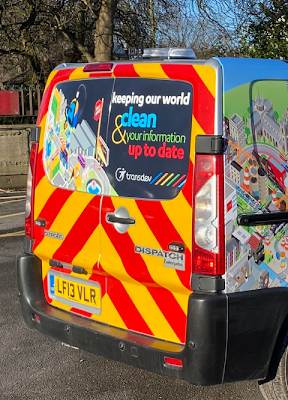 ... which, it claims, will be used for keeping roadside information up to date.
How refreshing. How sensible. How positive a plan with the aim of creating desire!
More stuff tomorrow.
Next Variety blog : Sunday 28th February
Posted by fatbusbloke at 02:00