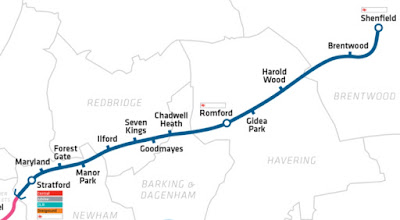 We are all used to the knowledge that Ilford is a station on the Liverpool Street to Shenfield frequent suburban line. But Shenfield began its life as a real non-event of a station.
Shenfield station was opened by the Eastern Counties Railway company on 29 March 1843 on the extension from Brentwood to Colchester. As it was situated in a rural area, patronage was low, so it was closed in March 1850. 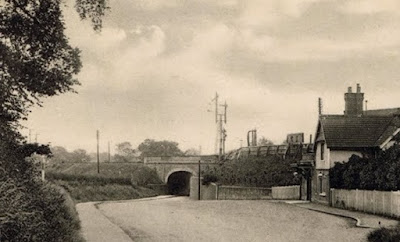 The main building in the snap above is the station master's house. The booking "hut" is attached, possibly better spotted below. 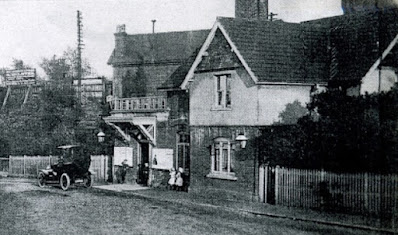 It reopened with the name Shenfield & Hutton Junction on 1 January 1887 under the Great Eastern Railway to serve as an interchange station with the new line to Southend that was completed two years later. There were three platforms, two up (London-bound) and one down (country-bound). Under the London and North Eastern Railway, two extra tracks for terminating local (suburban "metro") trains opened in 1934, resulting in five platforms. 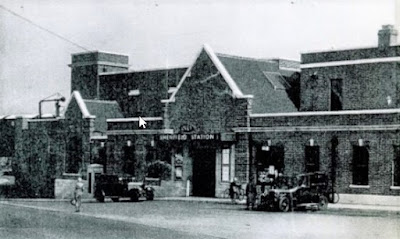 Electrification did not happen until after WW2, but the new station set the scene for the service that we know today. 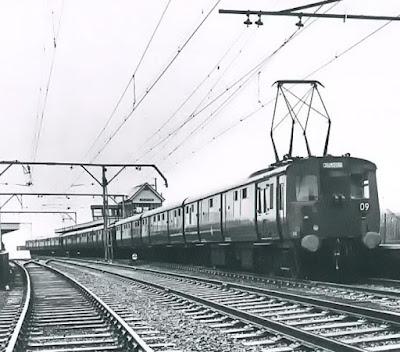 The Shenfield terminus of the suburban line was rebuilt again. 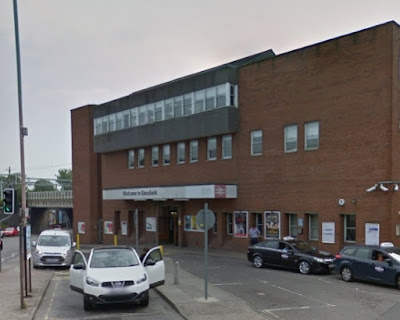 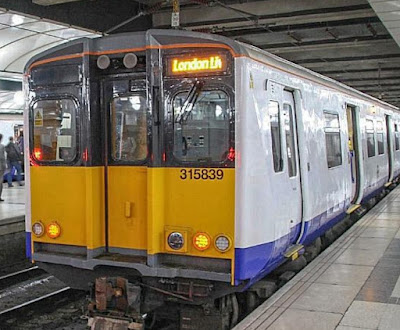 ... under the rather uninspiring "TfL Rail" brand. 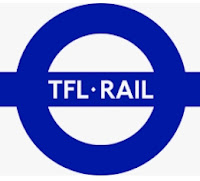 Some stations have been fully rebranded as here at Maryland. 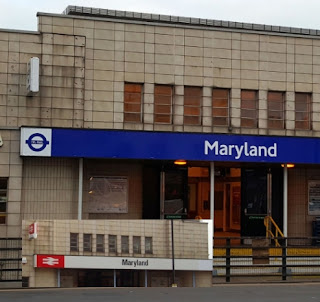 Now that the "proper" trains are trundling along ... 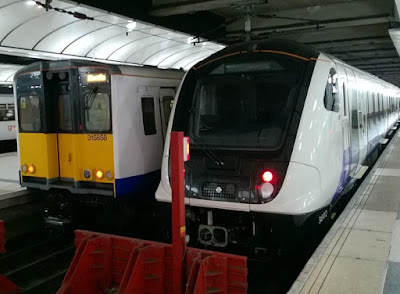 ... we may, perhaps, be allowed to look forward to much delayed sevice through the Crossrail tunnel - a far cry from the pre-war chugging steam service! 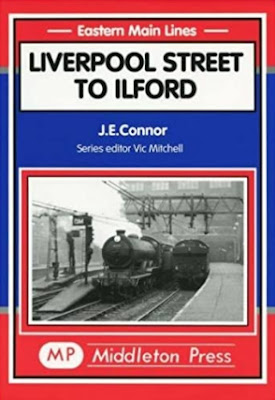 At least there will be good business for those that will then manufacture a brand new set of station signage in purple instead of blue!
Ilford Station was once an architectural delight, almost rural in character with the buildings set characteristically on the road overbridge. 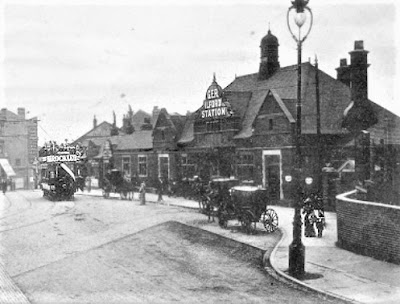 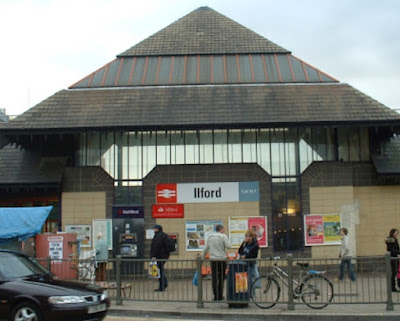 ... although there was a bit more chalet-style than shown above! 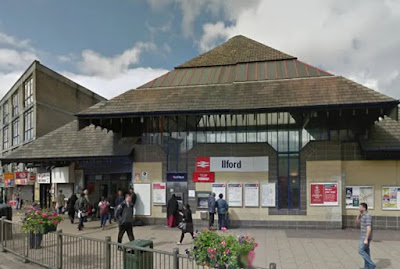 But Ilford station has a sweet little secret. At the western end of the station (the London end) you will find an open topped footbridge which leads to a second entrance exit ... 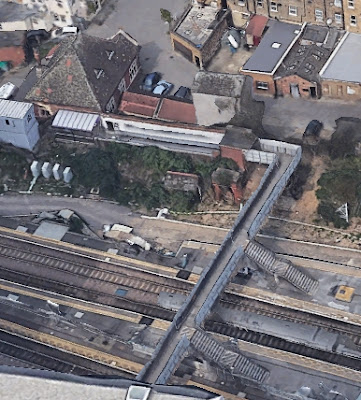 ... in the form of a small, now unstaffed building leading to/from York Road. 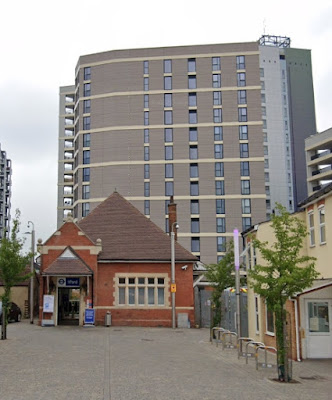 Sweet but useful. Back at the main entrance, Streetview shows us that the chalet-style station is now expunged and a replacement is under construction, due for opening in May. 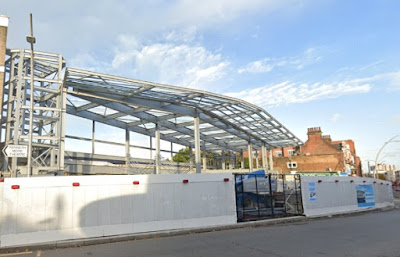 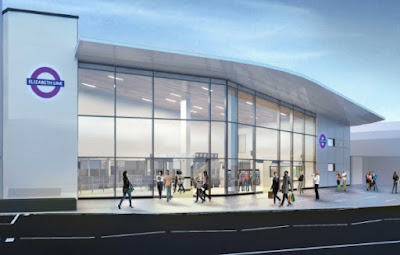 How do you get in while building happens? 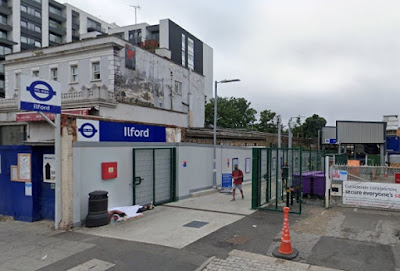 Seemples, a temporary station is added on the South side, leading to Ilford Hill. 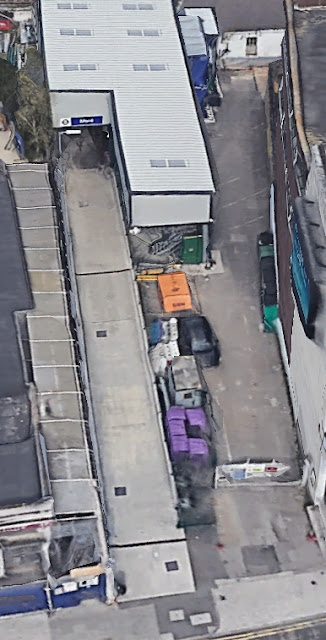 But, there is more. A third permanent entrance is being created, squeezed in between some tower blocks. You get to it from that western-end footbridge ... 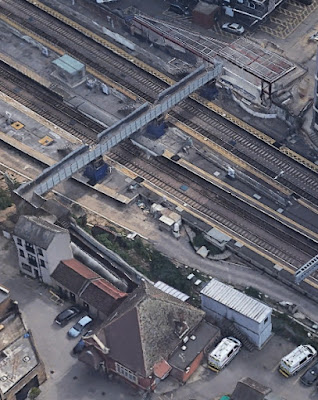 ... seen here looking south from the York Road mini-entrance. There will be what looks like a "proper" booking hall ... 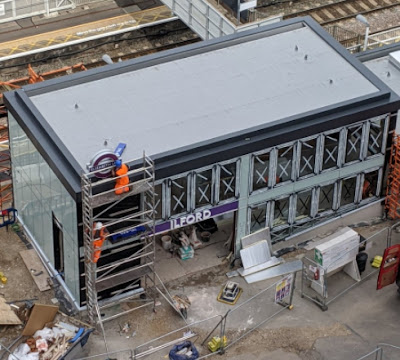 ... together with a walkway part-way along the platform. 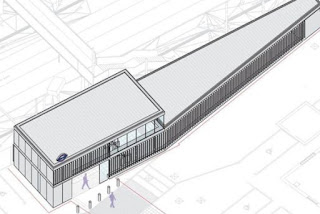 There are concerns, expressed locally, that the alley-way access to this new entrance might attract the less acceptable members of today's diverse society.

Doubtless there will be some bright street lamps to mitigate the creepiness of the approach.
So its is positive news for the good folk of Ilford. fbb has a good chum who lives just up the road from Ilford Station. Peter, for that is his name, thinks the extra this entrance is a waste of money as its only slight benefit is access to the bus stops on Ilford Hill. 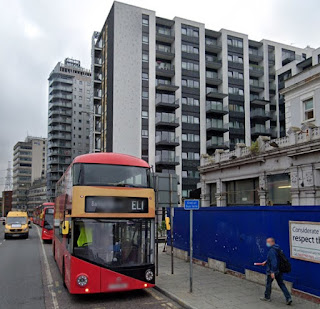 There, grazing peacefully is a service EL1. Frighteningly, it was way back in August 2011 that fbb blogged about his trip to Dagenham Dock from Barking by service EL1, East London Transit. 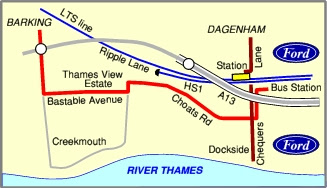 Then most of the ride along Choats Road was through empty former "brown fields" territory. Nearly 10 years later Barking Riverside is happening ... 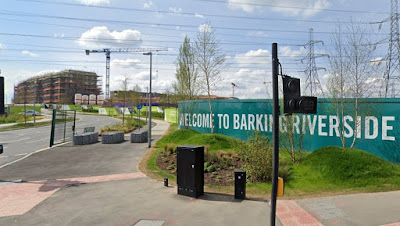 ... ultimately to be served by an extension of the Overground line which currently terminates at Barking. 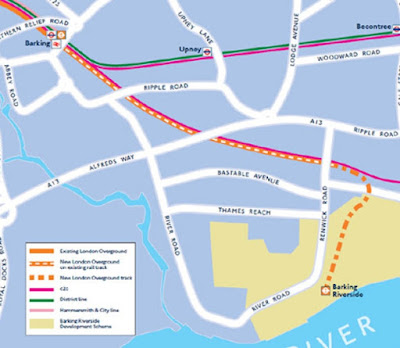 Maybe it will be yet another area that fbb hopes to visit when house arrest is mitigated. 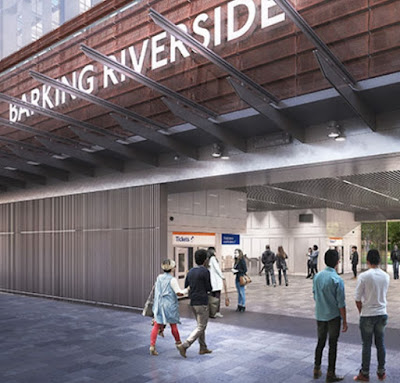 The EL1 now runs from Ilford to Barking Riverside ... 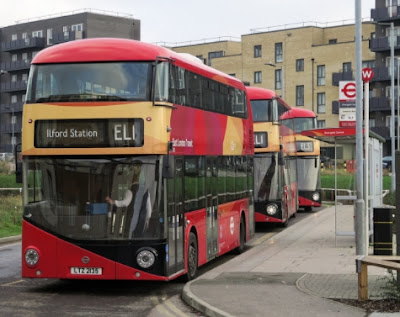 ... leaving the EL2 to provide the link that fbb rode, from Barking to Dagenham Dock. 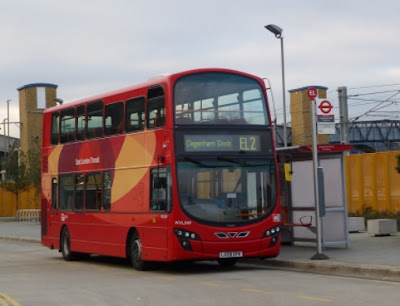 Next Variety blog : Saturday 20th February
Posted by fatbusbloke at 02:00