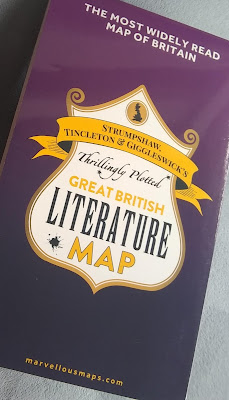 fbb has always been fascinated by maps of all shapes and sizes and is currently updating maps for the GoTimetable web site and App. The routes taken through the city centre  by Sheffield's service 120 are just crazy, 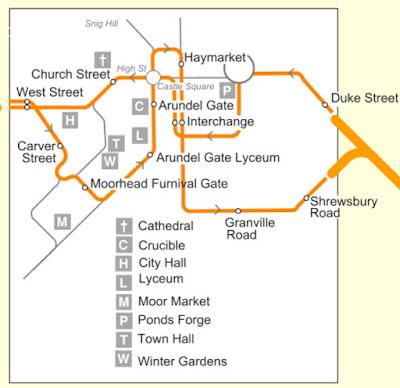 The diversion of services via Carver Street, away from where people want to go, was created to improve "social distances" near Sheffield's Town Hall - where there is oodles of room for social distancing and always has been. 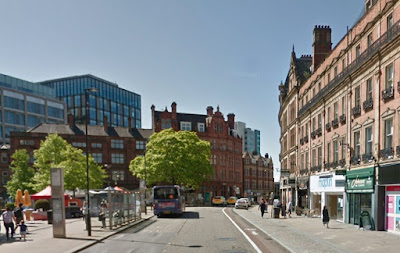 Anyway, the truth is now out, namely that the City Council intends to make this diversion via a back street permanent. There is the promise of an "interchange" on the diversion which may well mean a bench and a shelter, but the passengers don't like it, the bus operators don't like it and the traders don't like it.
Otherwise, it's a great idea.
Other convolutions of the route were caused by the Supertram (see below).
Anyway, the "Marvellous Map" from No 3 son shows everything you might ever want to know about the UK's literature, 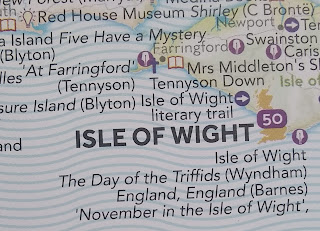 It tells fbb why the film Kes (book "Kestrel for a Knave") was so called ...

... and reveals that fbb's birth town has a sad lack of any literature at all!

John Clare, Northamptonshire's most notable poet, who ended his life in a the town's Lunatic Asylum (now St Andrew's Hospital), is not recorded locally although he does appear at Peterborough where he lived for some of his somewhat tortured life.
Thanks to No 3 son for offering his aged pater something different from buses, trains and railway models to stimulate his scintillatingly alert and active brain cell. fbb did win the Stopford Sackville prize for Eng Lit whilst "studying" at Northampton Grammar School and started his teaching career teaching Eng Lang to 12/13 year olds. fbb cannot remember who Stopford and/or Sackville were!
No 3 son did look at a similar map of amusing UK place names, but deemed it too gratuitously rude for the old man's susceptible and sensitive personality.
A Splendid Book
Another gift, from a certain Mr Fearnley, was somewhat more transport related. 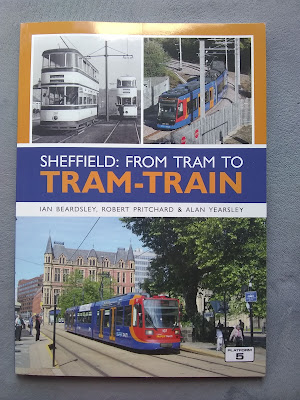 If fbb had a niggle with this excellent book, it would be with the title. It should read "From Supertram to Tram Train" as it only skates over Sheffield's original tram system. 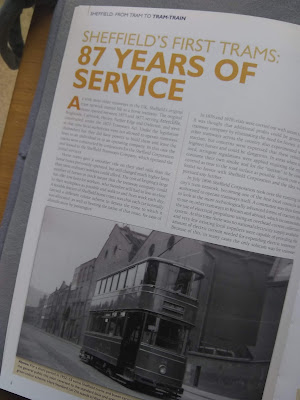 It is a very useful skate nonetheless with the bonus of a list of preserved trams, many of them at Crich Tramway  Village. 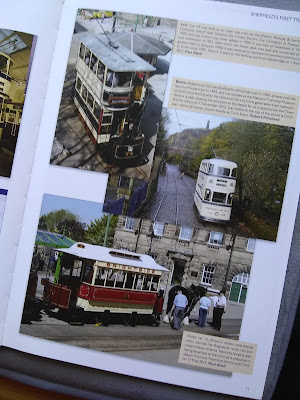 There is quite a bit about planning the current system including the wildly over-optimistic multi route scheme. 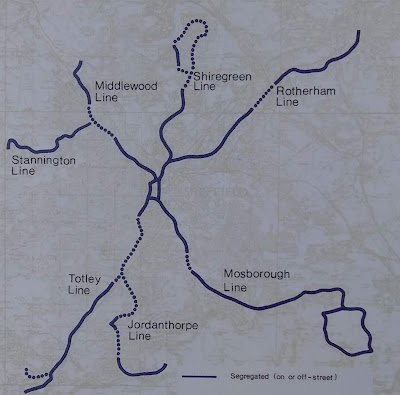 The Totley, Jordanthorpe and Shiregreen lines simply never happened; the Rotherham line opriginally got no further that Meadowhall; trams stopped at Malin vridge because the people of Stannington did not want them and the big loop at Mosborough never happened.
There was also the idea of diverting into some of Sheffield's housing estates ... 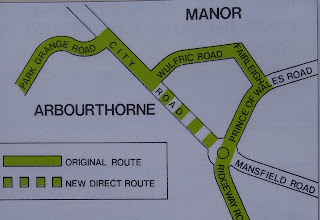 ... which would have involved demolishing many of the houses that the diversion was designed to serve. Surely never a realistic aspiration?
Three possible routes to Meadowhall were considered, two, A & B, via existing roads where they might have helped the districts served regain some of their lost vitality ... 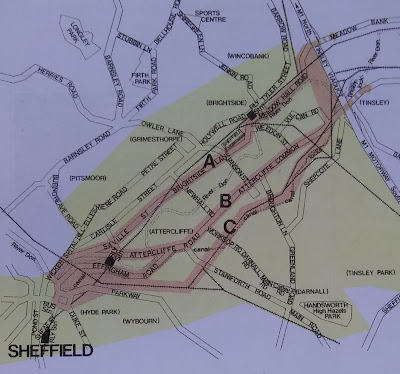 ... instead C was chosen which, sadly, serves empty space and unsuccessful venues. Such is the prerogative or politicians who engage in transport planning.
As is so often the case, the book glosses over the horrendous disruption to trade and travel in the city as construction progressed. 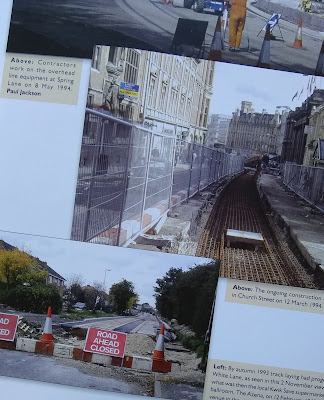 Sheffield "commuters" and Sheffield traders were venomous in their antipathy to the tram and were not in any measure mollified by the oft repeated epithet, "it will all be better when the tram is built"! Indeed, the tram was something of a disaster in its early days.
There is a reminder, for example, that initially the system opted for off-tram ticket purchase from machines ... 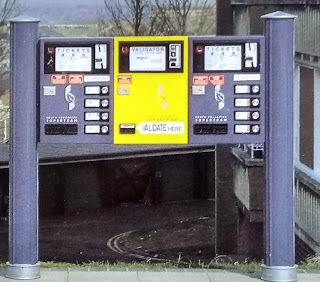 ... as well as from shops near the tram stops. Tickets then had to be validated before boarding. It was a sure-fire recipe for fare evasion and once Stagecoach took over, they were quick to introduce conductors who still happily and helpfully still conduct to this day.
But Supertram did recover and is now an important part of Sheffield's transport network.
The Tram Train route to Parkgate "Retail Park" is fully covered after a brief reference to the original idea of Tram Train from Sheffield to Penistone. fbb has been to Parkgate, but did not stay to enjoy that full shopping experience (thankfully!) so he missed to welcoming link from tram to shops. 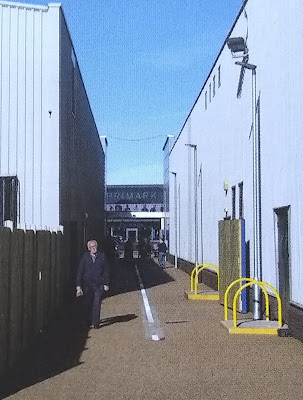 The book also looks at serious worries for the future. The PTE (owners of the system) are beginning to face up to the challenge of 2024 ... 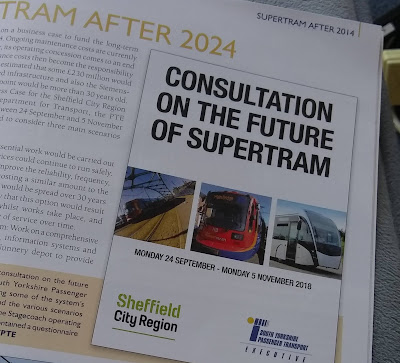 ... when the original fleet will be 30 years old and in need of renewal - so where is he money coming from? One option in the consultation document is, unbelievably, to close the system down and dismantle it all!
Surely that cannot be allowed to happen?
But the book is packed with hundreds of colour pictures and a huge amount of detail; a good read and a good look.
It is published by Platform 5 at £19.95 and is well worth every penny. It will provide fbb with bedtime reading for many days
Next Weekend Variety blog : Saturday 27th February
Posted by fatbusbloke at 02:00