Old And New In Europe 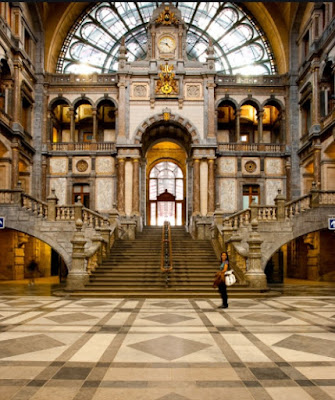 A dozen or so blogs back, fbb had cause to comment on the wonder that is Antwerp Central station, inside and out. 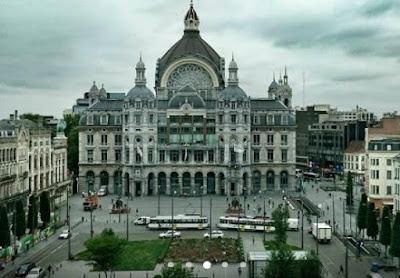 But, if you thought that Antwerp's public transport was all of a similar vintage, you would be wrong. fbb's interest was aroused by three pictures which appeared on a Twittering. They show three "stations" on the "new tramline 1". 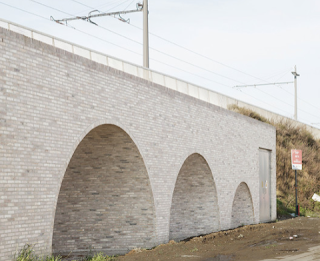 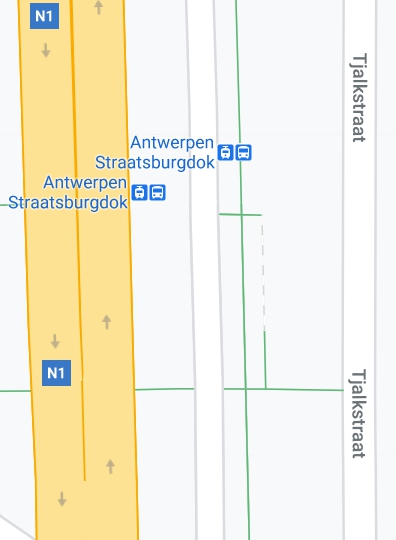 However, the stop is called Staatsburgdok and even fbb can work out what the "dok" bit means. 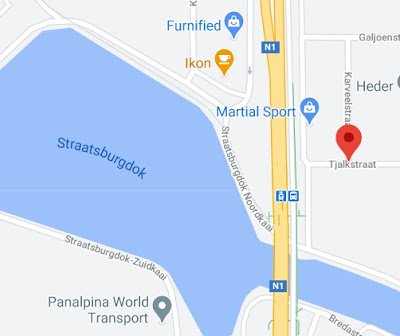 But a Google Streetview on the named "Straat" revealed the edifice as twittered. 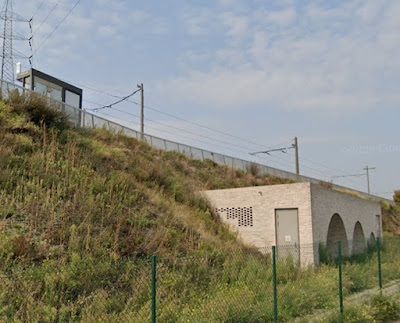 As you can see, the stops (stations?) are on top of an embankment where the line, in tandem with the N1 road, is carried across a watery access to/from said "dok". They are not very interesting ... 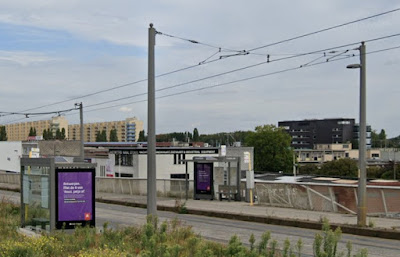 ... mundane, even!
The arched building is an electrical sub-station, innit?
And another ... 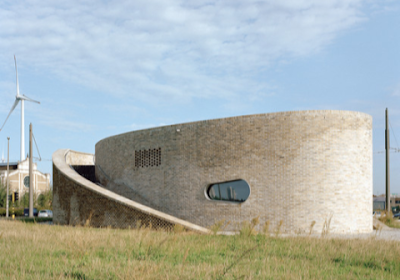 One even has trees growing through it; or maybe it was built around existing trees. 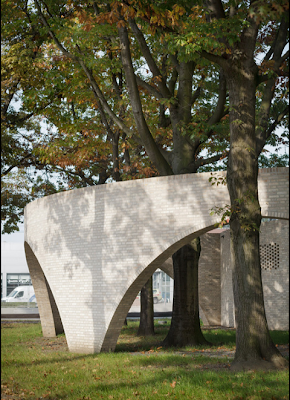 Impressive, eh? The twitterer reports that line 1 is new and serves the district of Luchtbal ... 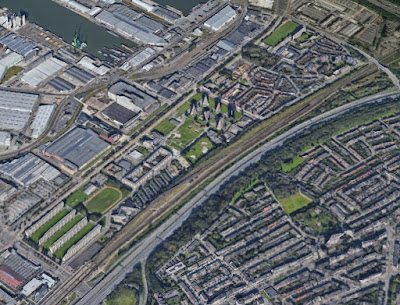 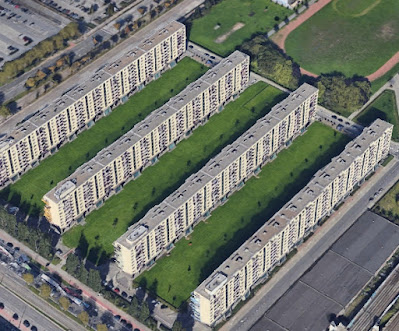 ... plonked between the "dok" and its associated industrialisation, the N2 road and a railway line. At the southern end of the block is Luchtbal (big) railway station. 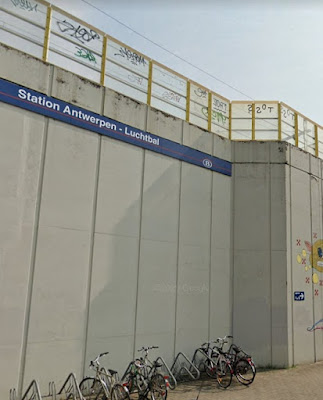 The entrance, complete with urban artwork, is not particularly inspiring ... ... as uninspiring as the platforms. 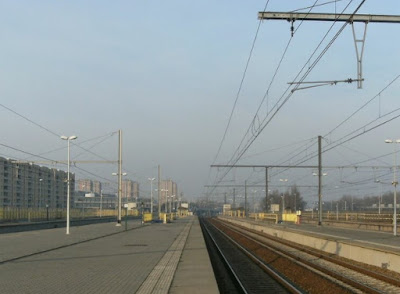 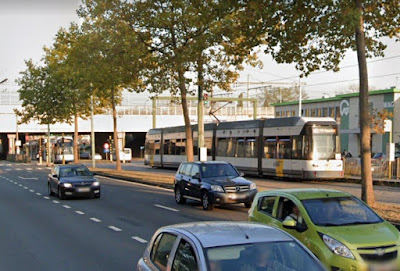 ... but no sign, as yet, of the promised Park and Ride.
Let us look at a diagram of trams in the Luchtbal are

Line 6 passes the station and joins line 1 before trundling north to, ta da, Luchtbal Park and Ride, Interestingly, buses use the reserved tram tracks and stop at the same stops as the trams. 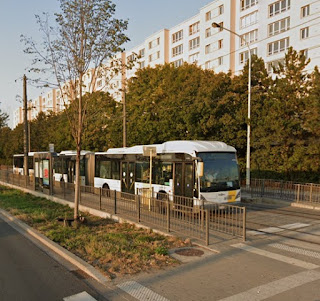 The two routes share the same set of rails all the way to the terminus. 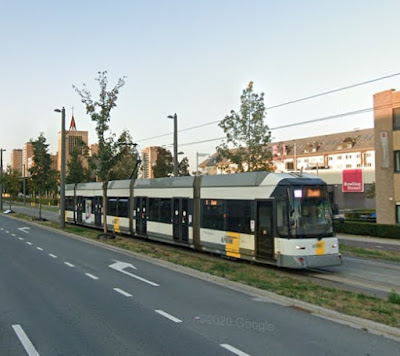 The line passes a massive depot, workshop and offices ... 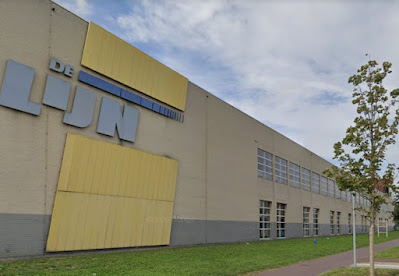 ... and aims at what looks like yet another large block of flats. 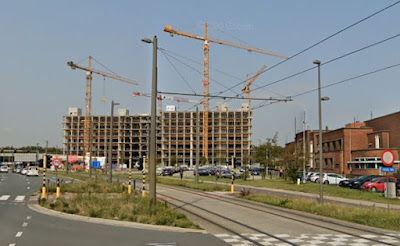 And, as we get closer to the building work, something spoooky happens. 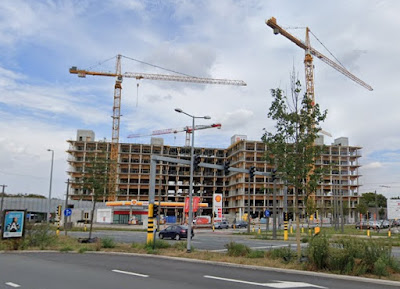 The building vanishes like a desert mirage, just leaving the filling station and some scrubland. 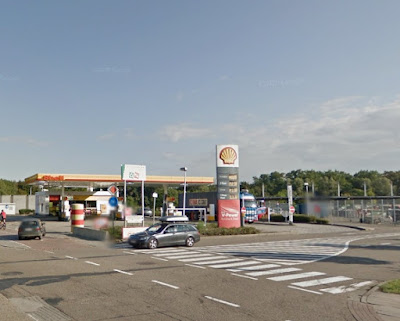 Tram tracks have vanished as well!
Such are the joys of Google Streetview. That massive new construction IS the relatively new Park and Ride! 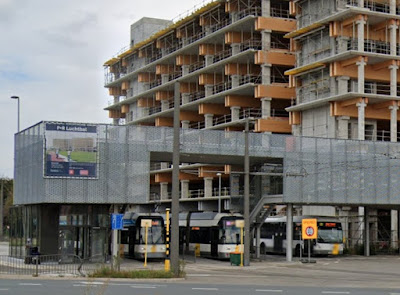 A footbridge with lifts links the huge multi-storey car park with the tram and bus terminus. 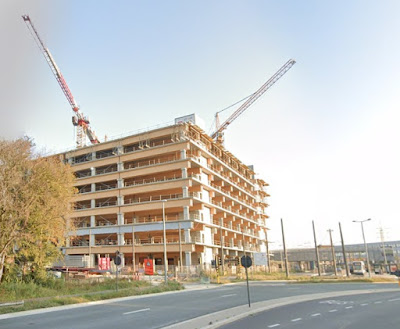 Google Earth shows the trams and their turning loop all in place and working before the car park construction commenced. 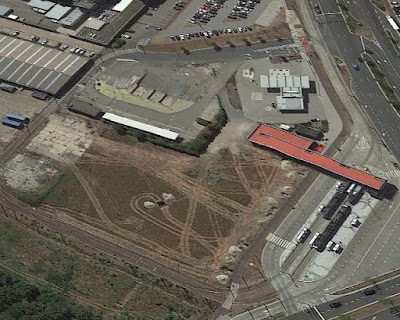 The orange bit is the big footbridge which went in first so as not to disupt the trams as the site developed.
It is all very, very impressive and it beats anything in the UK into one of these. 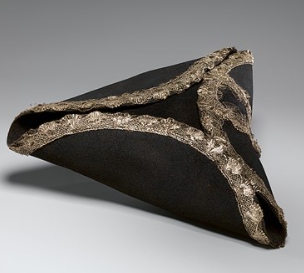 The full Antwerp network map (which fbb will review in a later blog) reveals the scope of the Park and Ride and its interchange. 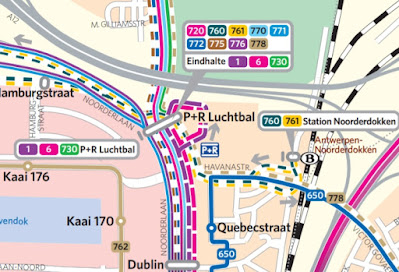 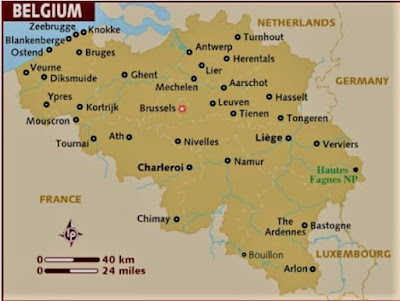 Antwerp is on the River Scheldt, linked to the North Sea by the river's Westerschelde estuary. 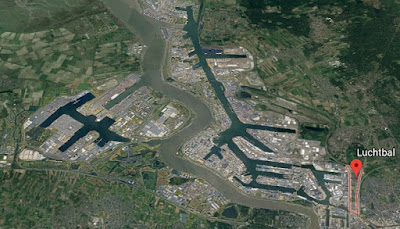 It is about 40 kilometres (25 mi) north of Brussels, and about 15 kilometres (9 mi) south of the Dutch border. The Port of Antwerp is one of the biggest in the world, ranking second in Europe and within the top 20 globally. The city is also known for its diamond industry and trade.
Yes, more to follow soon.
Nearly a bludner! 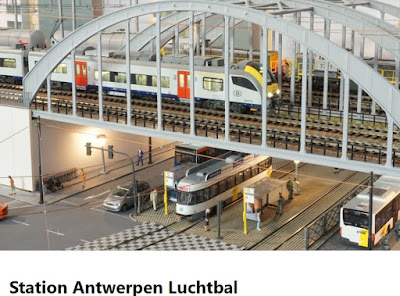 fbb spent some time on Google Streetview trying to find this interchange under the railway at Luchbal. A pointless exercise, as it turned out, because the above picture is of a fictitious model railway display! fbb nearly wrote about the high class multi-modal interchange.
It is a very good model.
Next birthday book review blog : Thursday 25th February
Posted by fatbusbloke at 02:00