Last week, the Bristol City Cabinet approved a far reaching and dramatic plan for its city centre Clean Air proposals. The broad features of the scheme will be familiar to those who follow such plans.

For a huge chunk of the central area of Bristol any commercial vehicle which does not come up to Euro VI emissions standards will get thumped for a fat fee of up to £100 to enter the zone at any time. 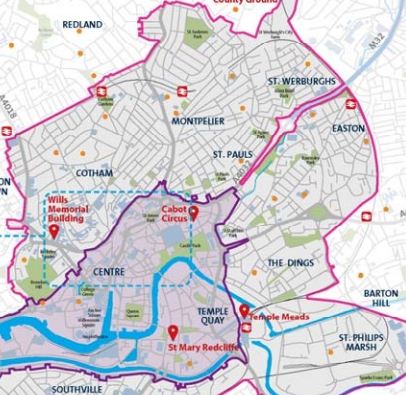 A smaller area is included south of the river. 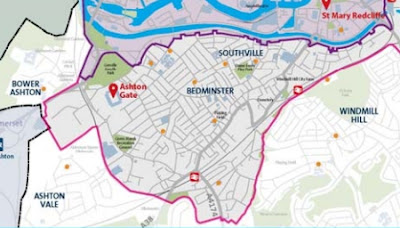 But it would appear that within these "outer" inner areas private cars would not be charged.

However, more controversially, there is a city centre area where ALL privately owned diesel vehicles, private and commercial, will be banned between 0700 and 1500 every day. The only exceptions will be emergency vehicles, buses and taxis. 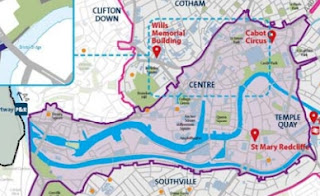 Commercial vehicles will, presumably, have already paid their charge.

Needless to say, there is considerable opprobrium about the plans.

James Freeman, boss of First Bus in the city is more realistic about the plans.

On Tuesday night Bristol City Council approved the introduction from April 2021 of a Clean Air Zone, which is one of the most radical introduced across the country so far. There are two zones.

An outer zone restricts buses, taxis, and trucks to Euro VI standard with any vehicle not meeting the standard paying up to £100 per day.

We expect that First Bus will be able to meet the standard and no fines will be due.

A second inner zone will charge drivers of all commercial diesel vehicles (except buses and taxis) to drive during the hours of 0700-1500. We are exempt from this.

Overall, this is a positive result for us and it is very necessary that something is done about the poor air quality in the City Centre.

The provisions of the inner zone are a little unclear, but one complaint already expressed with vehemence is that fold driving to hospital appointments will be fined. "That seems very unfair", suggest some councillors.

Once things settle down, it will be interesting to see how this all pans out.

Whatever the result, we shall all have to get used to a new range of road signs. 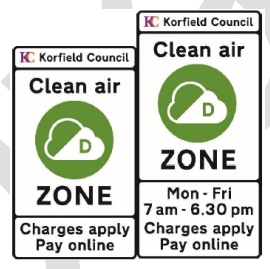 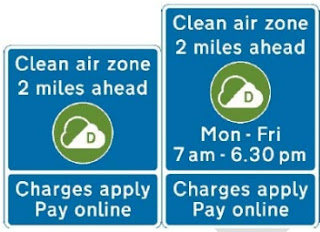 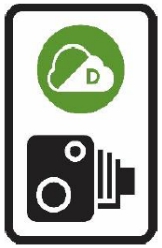 The letter in the cloud symbol refers to the scope of the charge; i.e. which vehicles will have to pay. "D" is pretty much everything with a diesel engine!

A Jolly Brolly At Parkway
An unusual vending machine has appeared at Bristol Parkway station. For £3 you can buy a brolly. 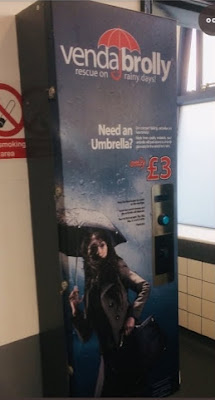 fbb knows nothing about durability and longevity of the product. As a student, and for a year or so afterwards, fbb owned a proper brolly but, sadly, the handle broke off as he was using it as an ice axe to climb the steep slopes of Sheffield as he walked to work on a particularly icy day.

Fed up with carrying it, he eventually left it deliberately at Poole Valley bus station in Brighton on a very sunny day. 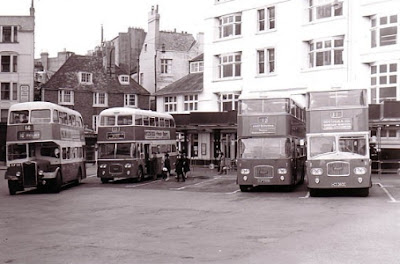 It was raining when he left home! Buses no longer squeeze into Pool Valley, just the occasional National Express coach. 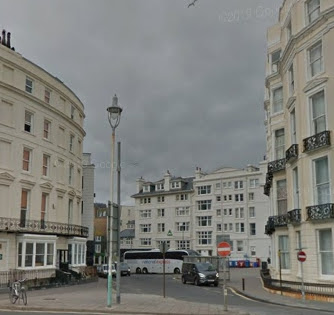 It Arrived on Thursday
Continuing his obsession with tank wagons, fbb's successful EBay bid for a Hornby Dublo Chlorine wagon duly arrived by post. This was part of Hornby's revolution in response to the growth of Triang. Bodies were moulded in plastic but, for most wagons, still sat on the crude all-metal chassis with solid brake gear. 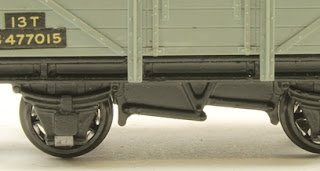 For an SD6 (SD = "super detail") model the Chlorine Tank was still very crude with wire pushed through a hole on the chassis in place of properly anchored stanchions. 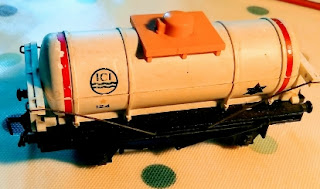 The filler cap area is a very crude representation of quite a complex part of the wagon in real life; but, at least, this wagon now has "open" brake gear ... 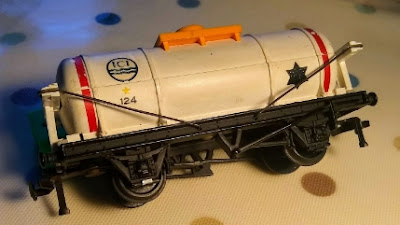 ... one of the first Hornby Dublo vehicles to be so blessed. And were the brake shoes in line with the wheel treads? 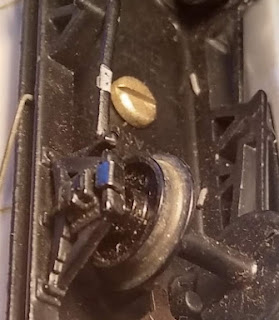 And fbb has just discovered another manufacturer who briefly produced a UK tank wagon. Any guesses?

How Odd - and Who Cares?
This filtered through the twittersphere a few days ago. It shows a quirk of the European road signs conventions. 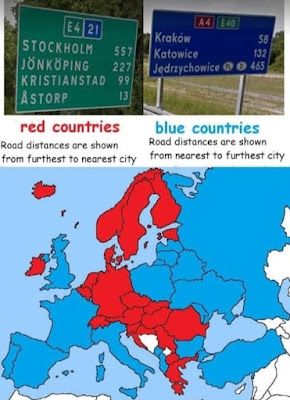 In countries shaded blue (as with UK) signs listing distances begin with the nearest and end with the furthest.

But in countries shaded red, the opposite applies as per the Swedish sample above; Furthest comes first, nearest comes last.

In these days of (enforced?) European standardisation, you wonder how the Brussels Bureaucrats have resisted the temptation to get one lot to change!

Pretty Park and Ride
Occasional correspondent Peter adds a little bit of video to his Twitter site. fbb has not yet worked out how to extract such videos, so below are a couple of screenshots. 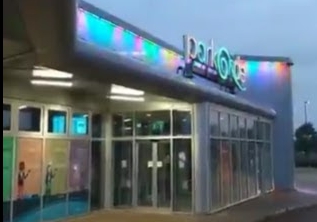 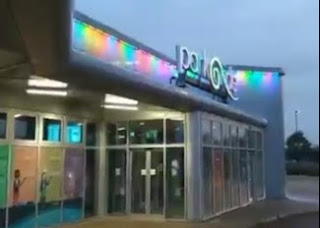 Note the ever changing coloured lighting display behind the park@ride sign.