Time To Read An Improving Book (2) 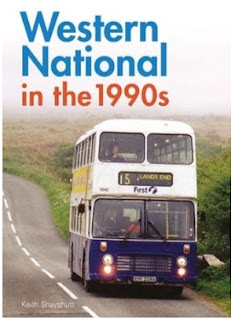 ... giving a review based of geography of the activities of this iconic West of England operator. Of course, competition features regularly in its pages which seen Western National in the hands of First Group becoming dominant by the end of the chosen decade. This includes the arrival of Truronian ... 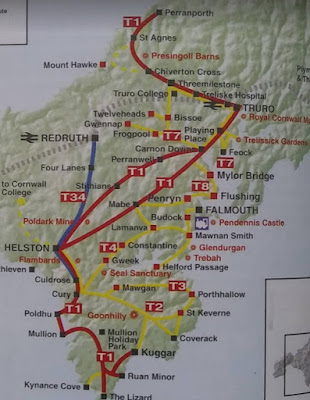 ... and the survival, blooded and terminally wounded, of a vicious and self-destructive bus war with Plympouth City Bus. It all got very personal! 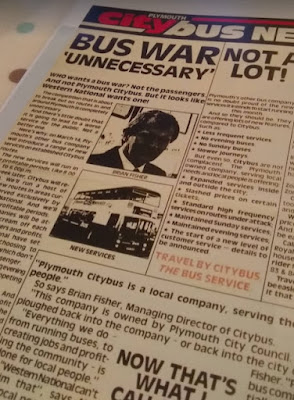 Western Greyhound was beginning to creep into contention by the end of the nineties and became a real threat in the following decade.

But it is the smaller battles and takeovers that fascinated fbb as they were revealed area by area. He had never heard of Wheal Briton! It took your ancient author a good few minutes to understand the company's printed timetable. 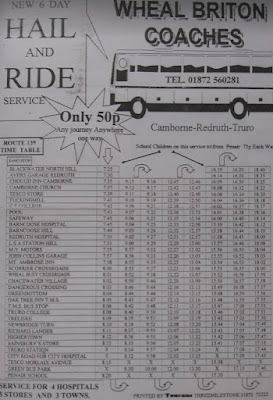 Where are buses in the other direction?
In fact they are all shown on the one timetable. Starting from Camborne you read down to Truro... 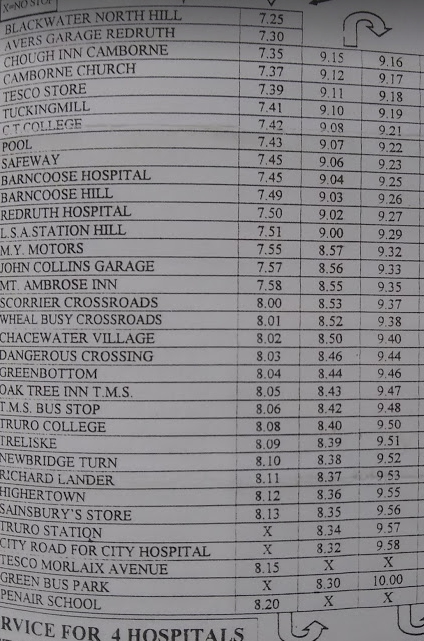 ... then follow the arrow and read up for the next trip from Truro to Camborne, and so on to the end of the day. Obviously it is a "one bus in steam" service "competing" with a much more frequent Western National (WN) route.  WN responded with a somewhat half hearted X1 at similar times. 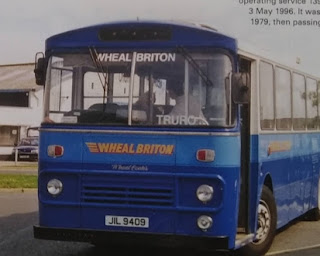 Was this service (numbered 139) unique in charging MORE to schoolchildren (75p) ... 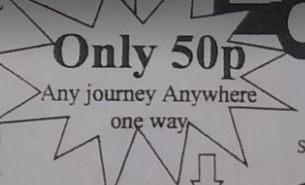 One of the outstations covered in this excellent volume was that at Splatt (where's thatt?). 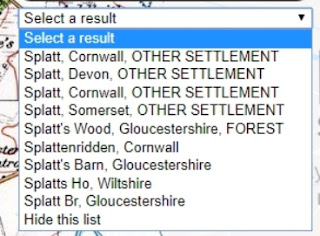 There are several Splatts in the West Country but this one is near Launceston. It even had a railway station on the line to Padstow. 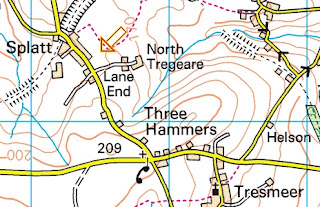 Because it was at Splatt, the station was called Tresmeer (?) but the building, much modernised, is still extant as a private dwelling. 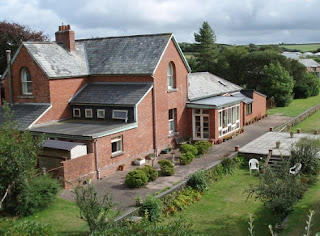 Likewise the Western National bus outstation at Splatt was also a private dwelling.

It was the driver's house!

At least one of the Splatts achieved some notoriety back in the days of the development of Xephos, the failed national database and journey planner. In demonstrating its speed and sophistication, fbb would search for a journey from ...

... the latter being a suburb of Cardiff. As an aside, another amusing journey was from ...

... the Moscow in question being in Ayrshire and the New York being south of Whitley Bay on the recently rebranded Coast and Cobalt 310 which featured in a recent blog. 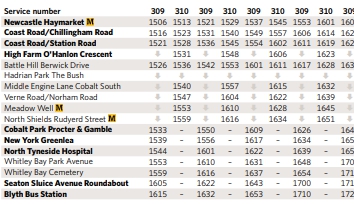 For the record, the sainted Traveline struggles with Splatt to Splott ... 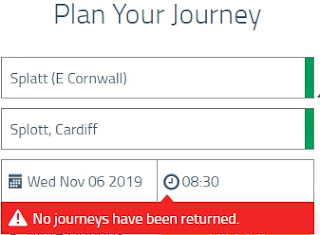 ... but copes admirably with Moscow to New York with journeys as fast as four and a half hours. Readers with time on their hands and a great desire for self-inflicted stress may wish to enjoy some of the results!!

But back to Keith's book.

It costs £19.50 (worth every penny, says fbb who admits to receiving a complimentary copy but would have happily bought it) but if your Public Transport interests even remotely impinge on the operation of buses rather than a nostalgic wallowing in photos of Leyland Nationals with large roof pod (or small, or none), you will, like fbb, be impressed with this volume.

It is absolutely jam-packed with good stuff - most definitely an "improving book"!

An excellent pre-Christmas Christmas present and far more enjoyable than socks! Available via EBay (post free) and from selelcted retailers.

Another One Gone blog : Thursday 7th November
Posted by fatbusbloke at 02:00