Brand new routes would seem to be rare these days. Mostly timetable changes involve a re-jig of existing services to provide buses for new housing developments and the like. The news that Stagecoach was starting a brand new X1 fro Chesterfield to Nottingham came as something of a surprise. 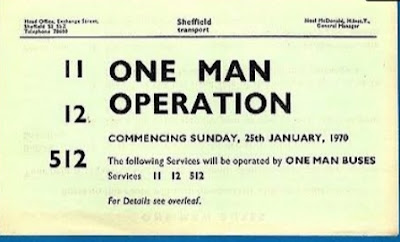 Limited stop service 512, a joint operation by Sheffield Transport and Chesterfield Corporation was considered for extension all the way to Nottingham back in the late 60s. Chum John (later brother in law, later brother ex law via divorce) was with a team which took a double deck all the way from Sheffield to Nottingham to check if the route were possible. At one point John (and office junior!) was commanded to climb and embankment and check that the decker really would pass under a "tight" railway bridge.

It never happened, becoming just an occasional service 200 through Chesterfield to Clay Cross.

Of course, Chesterfield already has a bus service to Nottingham. 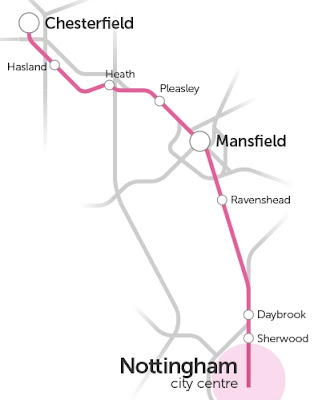 Pronto runs via Mansfield and take one hour and forty minutes to get to Nottingham. 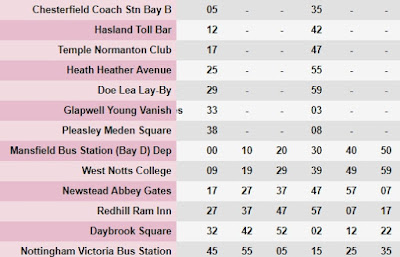 The X1 follows a different route using a chunk of the M1 ...

... and thus takes one hour and twenty minutes. 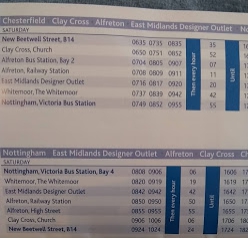 For those knowledgeable in matters Chesterfield, the X1 replaces the hourly extension of service 54  ... 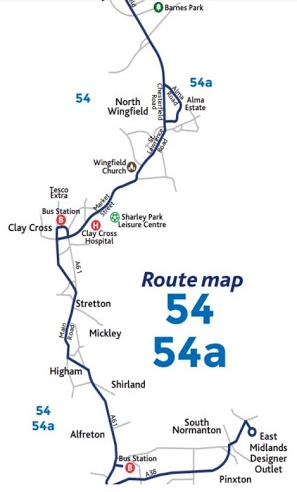 ... to the East Midlands Designer Outlet. 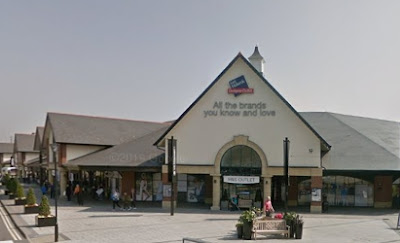 The bus stop here is a long way from the shops whereas the free car parking can be close by. (Surprise Surprise). 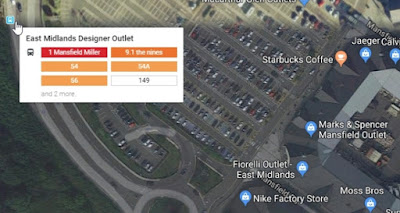 fbb is grateful to correspondents Roy and Roger for supplying some detailed information about number of passengers travelling etc. but due to "the exigencies of the nadgers situation**" this has had to be held of to a future PS.

Publicity has been excellent with a well designed leaflet and good distribution at both ends of the route. 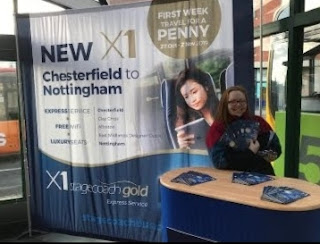 The buses are to "Gold" specification ... 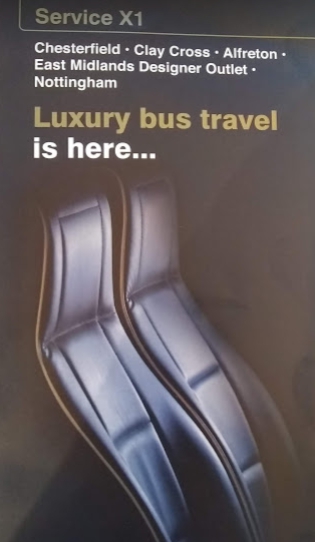 ... with conspicuous X1 branding between the decks. 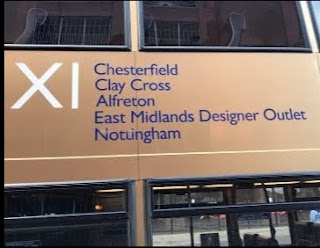 But the headline PR is of course shown on the front of the leaflet.

All fares a penny for the first week! 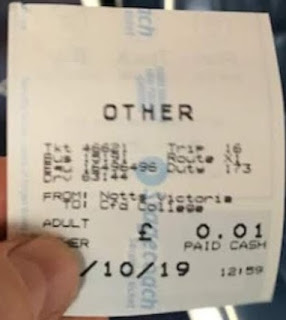 Somehow a bus ride for a penny sounds much better then a freebie! Presumably there is no half fare for children!

Particular congrats go to Roy who, by dint of using National Express 240 was able to get to Chesterfield in time for the very first X1 on Sunday last, 27th. Here it is southbound at Alfreton ... 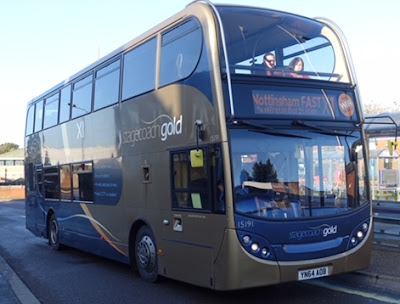 ... and departing Nottingham Victoria bus station for the return run. 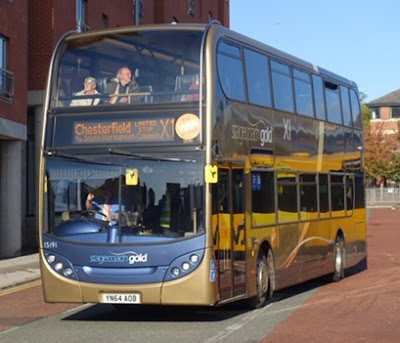 One amusing inaccuracy in the leaflet concerns the status of Chesterfield. 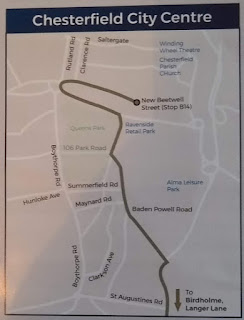 It is NOT a City!

** Nadgers report - fbb still very feak and weeble but just about capable of using his lap top. Not too much energy for detailed research though. But it's the weekend ...