Before dealing with some final surprises, we need to take a brief look at Isle Coaches of Owston Ferry. And before you ask; there is no ferry! There used to be one linking the village wit the imaginatively named East Ferry on the eastern bank of the Trent, no less. 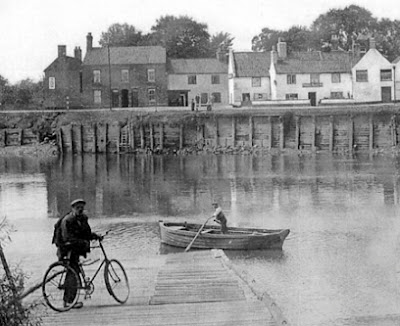 The above picture, taken in the 1940s, suggests it carried people and bicycles and was one-person powered.

The bus operator is Isle Coaches with the "Isle" being the Isle of Axholme.

The name Isle is given to the area since, prior to the area being drained by the Dutchman Cornelius Vermuyden, each town or village was built on areas of dry, raised ground in the surrounding marshland. The River Don used to flow to the north and west (it has since been diverted), dividing the Isle from Yorkshire; the River Idle separates the Isle from Nottinghamshire; and the River Trent separates the Isle from the rest of Lincolnshire. Three small towns developed here: Epworth – birthplace of John Wesley and his brother Charles; Crowle; and Haxey. 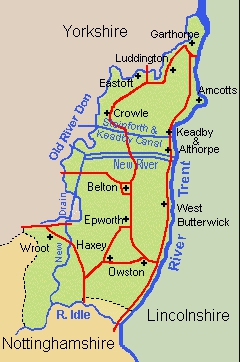 It is not really an Island but, in the sense that it is almost completely surrounded by rivers, drains, ditches and dykes, its title may just about be justified. But most areas in the area are, in some way or other, surrounded by various water courses!

Isle Coaches of operate two trunk routes. The 291 runs from Doncaster via Haxey and Epworth to Owston Ferry ... 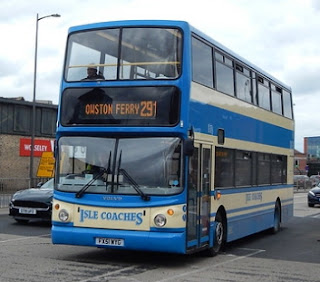 ... and the 399 takes folk from Scunthorpe to Epworth, Owston Ferry and Haxey to Westwoodside  ... 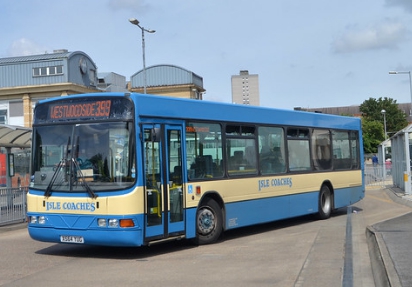 ... with some journeys continuing to Doncaster on exactly the same route at the 291. (click on the map below to enlarge it) 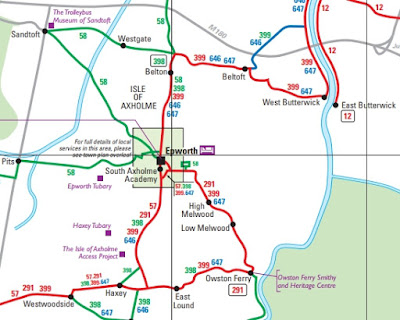 Westwoodsider is, effectively, a "suburb" of Haxey, but fbb guesses that its residents would prefer a sense of independent identity. Isle Coaches are not blessed with any luxury such a bus stops or timetable frames and the company does not even have a web site. (What does tha' want with them new fangled computers - pencil and paper were good enough for great granddad, so it's good enough for me, tha knows.) 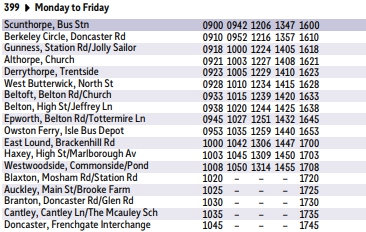 ... as here for the 399. Sadly the table is incomplete because Stagecoach run one round trip from Scunthorpe, added (roughly) by fbb as below ... 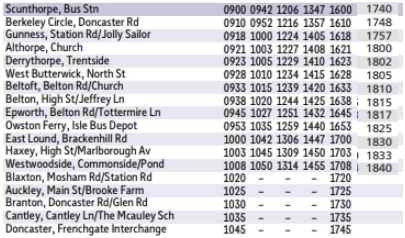 ... but Stagecoach doesn't tell you about the rest of the service, only its own lonely trip. 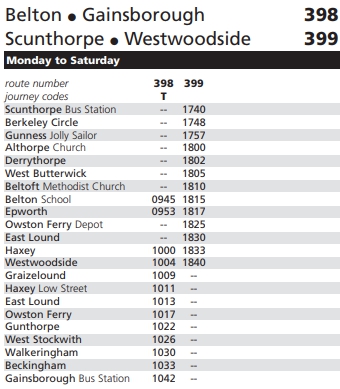 Likewise you have to look at the 291 for the rest of the buses between Westwoodside and Doncaster.

As if that isn't confusing enough, there is also a 57f (yes that is "f" - not an fbb typo!) from Epworth into Doncaster on Mondays to Fridays. 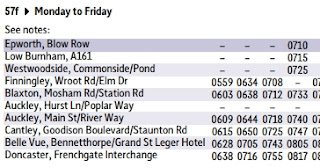 And TSY shows the routes incorrectly on the non-leaflet map! 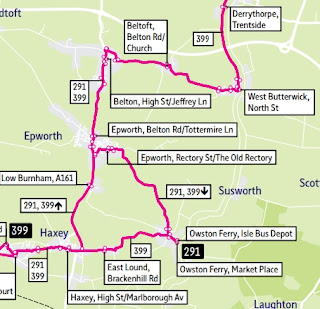 Surely one combines table with 399, 291 and 57f all shown together is what the potentially perplexed public of the Isle of Axholme really needs?

Which brings us back to East Butterwick, mysteriously ignored by Traveline as per yesterday's blog and completely unserved after tomorrow's service 12 buses from Scunny.

Yet Traveline DOES offer journeys from Scunny and Epsworth to EAST Butterwick. They all end in the same way ...

There may just be a problem with this plan. 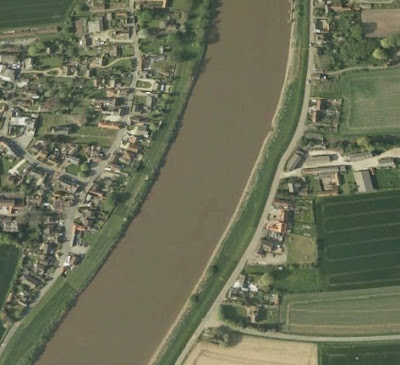 That turgid brown band running from top to bottom of the aerial view is the River Trent, the wide and deep River Trent. There is no bridge and no ferry. As with Owston, there used to be a ferry but it ceased long, long ago. It is shown on this 1903 map. 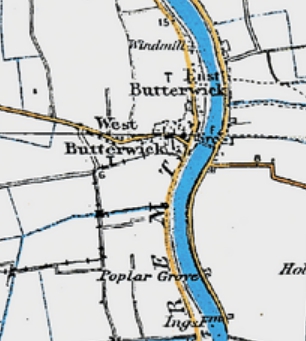 You can just see the fuzzy "F" on the over-enlarged map.

The ONLY way to get from West to East would be to swim and fbb feels that Traveline is just a little over-optimistc to be suggesting it!

Oddly, when asking Deep Throat for buses to East Butterwick (swimming from West Butterwick) the computer is unable to find any direct journeys via route 399 between Scunthorpe and West.

Instead of sitting pretty on a 399, some options require you to pre-book a Call Connect trip. 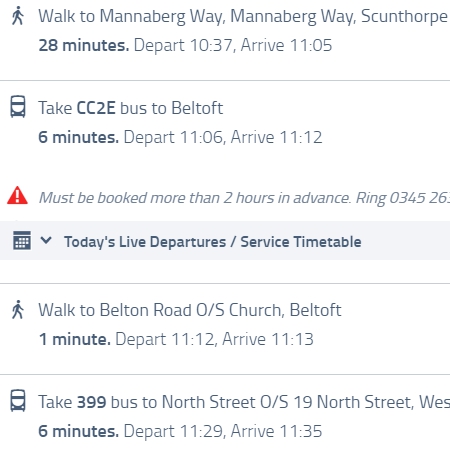 The message here is ALWAYS to treat journey planners with a modicum of "polite suspicion"; the answers can be (and often are) unusable!

And One Final Surprise
Back with Hornsby's we note that the company has a gorgeous Bedford OB which can be booked for private hire. 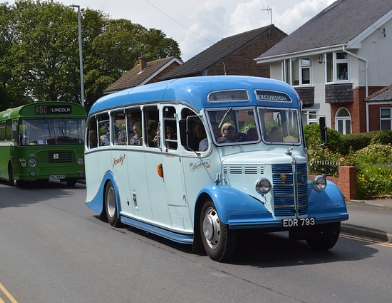 It would be nice to report that EDR 793 had been with Hornsby's since delivered in 1949 new from Bedford Duple. Alas it isn't and it wasn't.

Originally with County Motors of Brentwood ... ... and before that with Pridham Brothers of Lamerton, the bus was repatriated from an enthusiast in the Netherlands as recently as 2017.

Well done Hornsbys for a surprising and impressive piece of "re-creation".