A Bridge Too Far?

When fbb was a-courting the future Mrs fbb, he visited the in-laws on several occasions. Father-in-law was somewhat mystified to meet someone who was interested in buses and announced, as only a Glaswegian can, that he was thinking of staring a hobby. He would collect tunnel mouths! Sadly he never started his project.

Travelling from south to north, there is now no evidence of the station at Sturminster Marshall, named Bailey Gate on old maps. The bridge over the next road north has also gone. 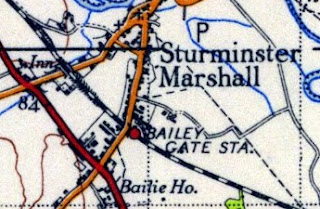 But the aerial view shows that tell-tale line of bushes. 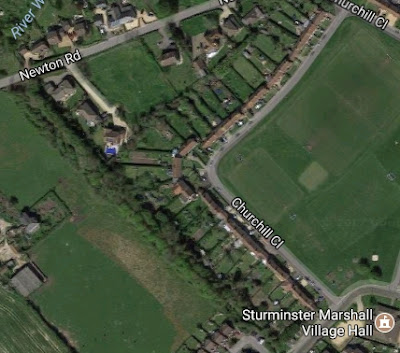 Next north is Spetisbury, where the overbridge shows all the signs of the now removed station building with its access steps leading up to the replacement footpath. 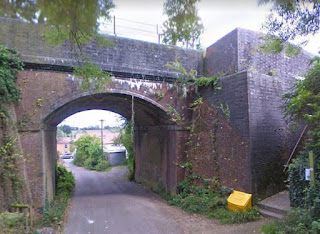 The curly approach road on the village side of the bridge ... 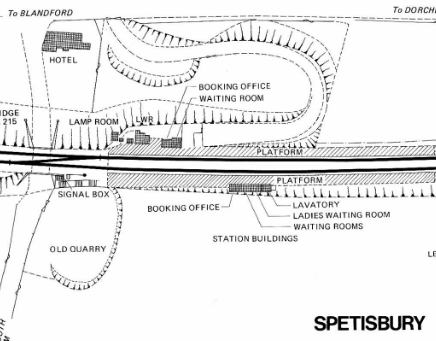 ... is still there (with white railings). 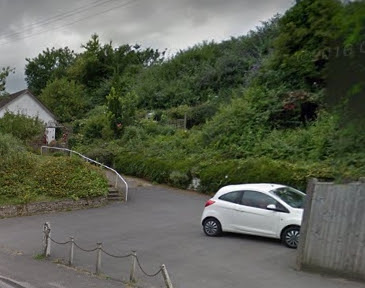 The "hotel" is now a private house.

Next is Charlton Marshall.

Here the evidence of the former Somerset and Dorset Railway (S&D) is stronger with station platforms and approach paths still very obvious. 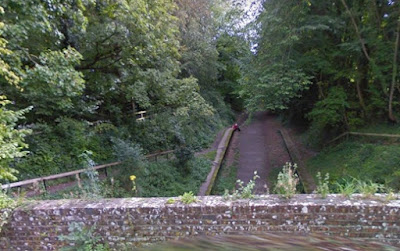 Totter down to the track, close your eyes and you can almost hear the trains thundering through. 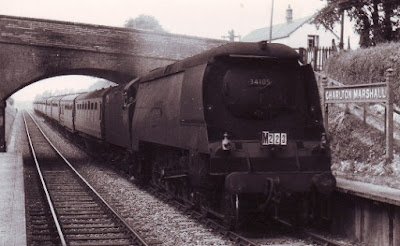 But as you approach Blandford Forum, all signs of railway have completely gone, obliterated largely by the town's by-pass road. 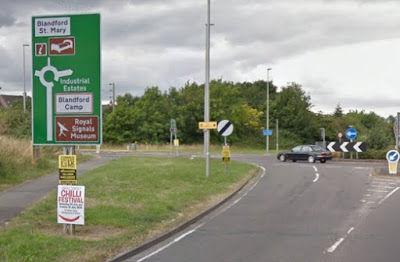 From (roughly) this point the line crossed the water meadows of the River Stour ... 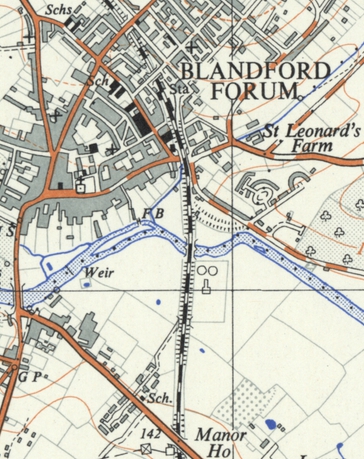 ... where it climbed to reach the height needed to get through the town, crossing the river on a combination of brick arches and ironwork bridge. 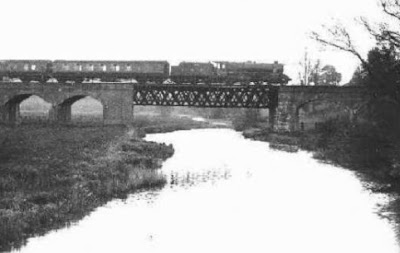 The aerial view from Google shows almost no evidence of the line at this point. 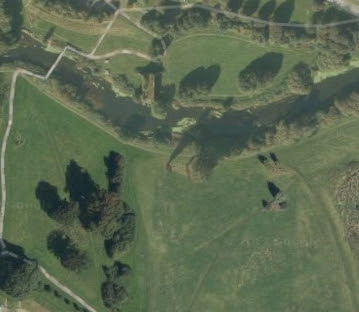 But look closer, upper centre and on the north bank of the river. 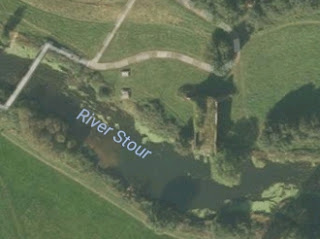 There, in the public park. is some sort of construction and, yes, you have guessed correctly ... 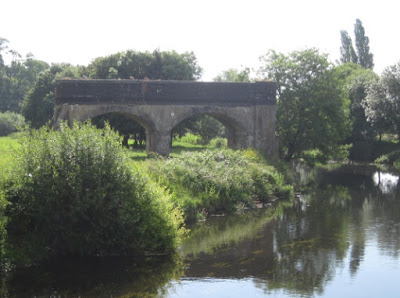 ... there are two arches from the former viaduct and bridge construction standing in glorious isolation in the park. 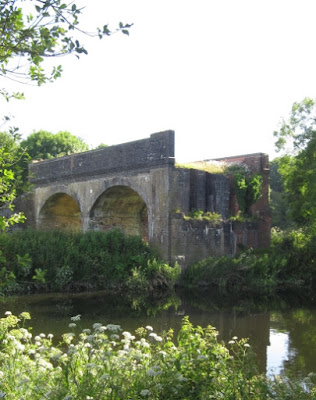 Pictures were sent by Bournemouth correspondent John ho also snapped the notice on the fence.

We are now drawing up a planning application for the next phase of the restoration project – namely sorting out the drainage and getting a staircase up the north wall so that people can get onto the top. The planning application alone will cost us hundreds of pounds, and the work itself will cost thousands. We need to show support for any grant application. So please, if you can help us, spare a donation, or become a friend or patron of the Arches, get in touch (email niccitab15@gmail.com) and we’ll send you details.

And pinned to the fence nearby is that planning application notice. 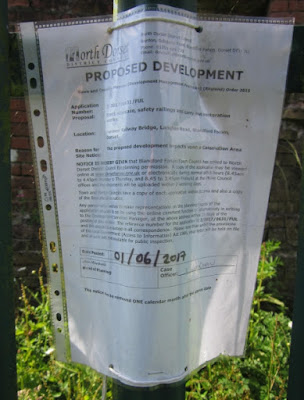 So, rather than collecting tunnel mouths like fbb's late (very late!) father-in-law, you may now start a collection of obscure disconnected railway arches. There are plenty more to find, some more intact than others. Of course, you could always send a donation to the Blandford people and claim a piece of the arch collecting action.

But it will be really good to be able to climb up the steps and gaze over the meadows whilst dreaming of the S&D of old and its disappearing memory.

But we end with a delightful view of the Church at Blandford Forum. 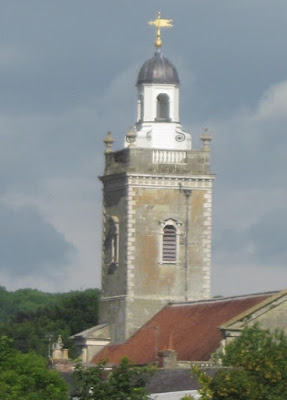 Thanks to John for some lovely pictures and for introducing fbb to this splendid little town and its railway. The old fellow much go there for real sometime.

Tomorrow : where have our trams gone?