Much Glee for the T3 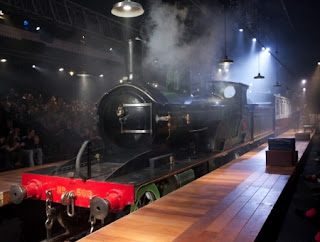 The 1893-built 4-4-0 has been moved out of its recent King's Cross base (where it had been starring in a stage adaptation of The Railway Children) to transfer to the Swanage Railway.

Swanage Railway Company chairman Trevor Parsons said: "We are delighted, thrilled and very grateful to the National Railway Museum for donating such a rare Victorian steam locomotive to the Railway.

"Thanks to the 'T3's' ownership being transferred to the Swanage Railway, we hope to suitably display the locomotive to the public and illustrate a period of important London & South Western Railway history that has previously not been possible. Our primary aim is No. 563's conservation and preservation.

Here is the loco having been formally "unveiled" at Corfe Castle. 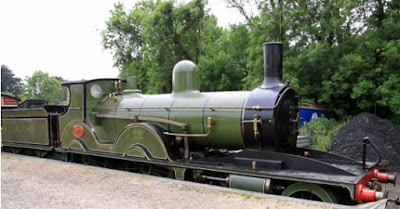 fbb understands that the engine will remain a static exhibit for the time being. 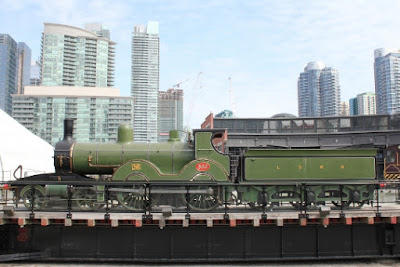 ... especially for its starring role in The Railway Children show. Incidentally, it never "steamed" on to the "stage". The train was propelled by a diesel shunter. 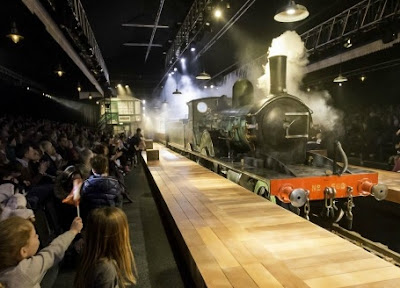 And whilst on the Swanage Railway ... 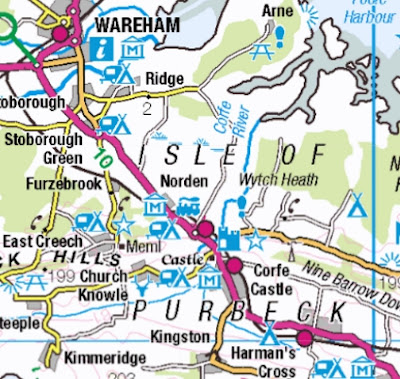 The railway has long had aspirations to run trains all the way along the branch and on to the main line to connect with Southwest Trains at Wareham. 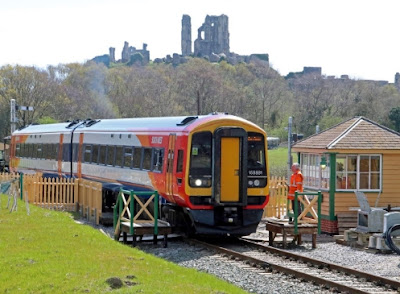 Specials have been run from national rail to Swanage, but June 13th will mark the first "proper" Swanage Railway service after years of reconstruction and lineside clearing. 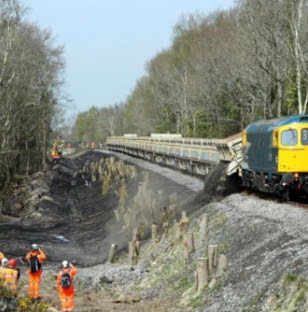 The first train from Swanage running into Wareham will mark the start of a two-year trial public service using diesel trains operating on 60 selected days during this summer. There will be four trains a day in each direction between Wareham, Corfe Castle and Swanage.

Visitors from Weymouth, Dorchester, Bournemouth, London, and stations across the country, will be able to visit Swanage and Corfe Castle by train with the service enabling tourists in campsites around Wareham to visit Corfe and Swanage by rail. 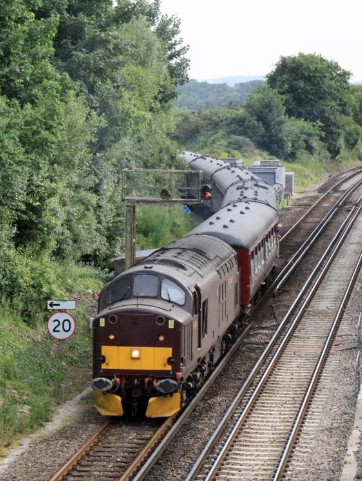 With a diesel locomotive at each end, the four-carriage trains will run four times a day – in each direction – between Wareham, Norden, Corfe Castle and Swanage with the ten mile journey taking 45 minutes. Train times and fares for the Wareham service can be viewed on the Swanage Railway website.

Below is a sample:- 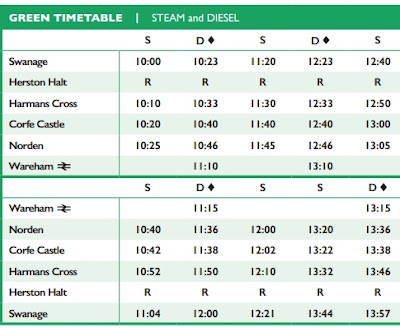 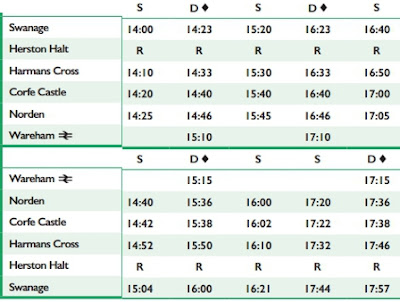 Please note that reservations are recommended; all trains will be diesel hauled with normal steam trains running as previously between Swanage and Norden.

Ideal for fbb?
When on holiday recently in Minehead, Mrs fbb and her chum Julia spotted this poster and thought that it might be appropriate. 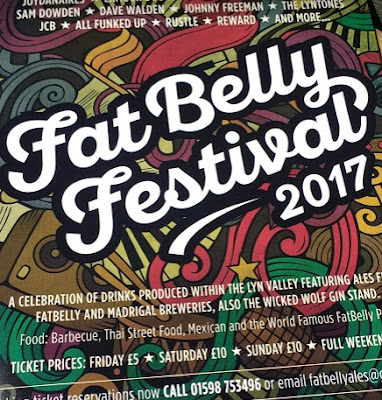 It turns out that this is not a beauty contest for bulging "corporations" (?) but a more prosaic Beer Festival. 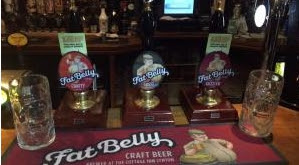 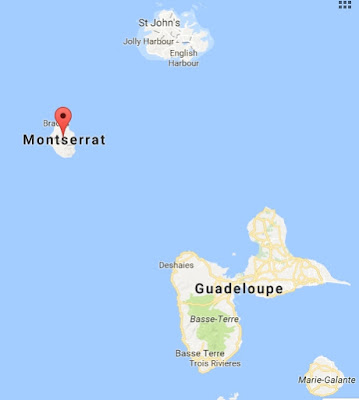 Montserrat is a mountainous Caribbean island, part of the Lesser Antilles chain and a British Overseas Territory. Its Soufrière Hills volcano erupted in the 1990s, causing significant damage to the south of the island and leading to the creation of an exclusion zone. The north of the island is largely unaffected, and has black-sand beaches, coral reefs, cliffs and shoreline caves.

Or so says Wikipedia,

This confused fbb for a while, as a friend of a friend had been there on holiday; but her destination was in Spain. 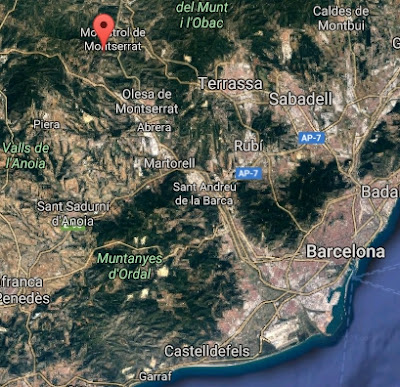 Aha, there's one in Spain as well, near Barcelona. Perhaps this is where the friend of a friend went. Anyway, she sent fbb a picture of a splendid funicular railway. 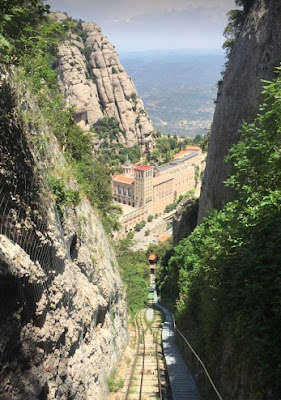 Can a Can be a Tin, Tintin? 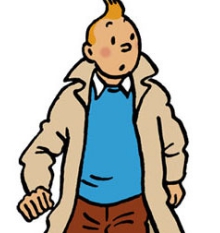 With no link whatsoever to public transport, fbb was amused by this voucher clutched enthusiastically by Mrs fbb after a visit to Seaton Co-op. 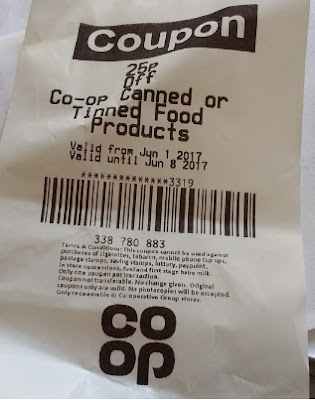 Is it the people of Seaton who don't understand, or maybe the Co-op's management? Or is there some deep-seated philosophical distinction that has been missed by fbb over the last seventy years? The celebrated Belgian Detective was unavailable for comment!