The Whys and Wherefores of Whiteley (2)

The wooded areas in Whiteley were used to provide shelter to troops in the build-up of forces for transportation to northern France in preparation for D-Day during the second world war. This is evidenced by the remains of a War Department water tank on the edge of the Bere Forest. 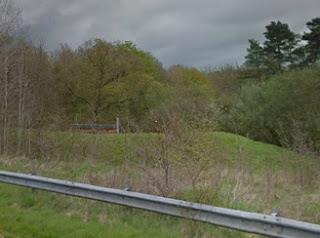 Apart from the residential areas, which house around 6,000 residents, the main focus was the Whiteley Village outlet centre.

In September 2007, British Land announced plans to spend upwards of £100m redeveloping Whiteley Village and reconstructing it as a district centre, while also adding housing and a hotel to the area. 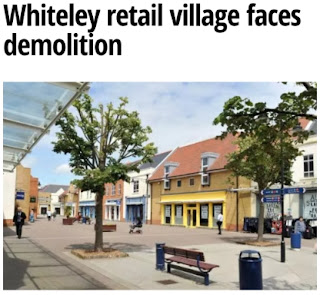 The outlet centre was entirely demolished in Autumn 2011.

The new development was officially opened on Thursday 23 May 2013 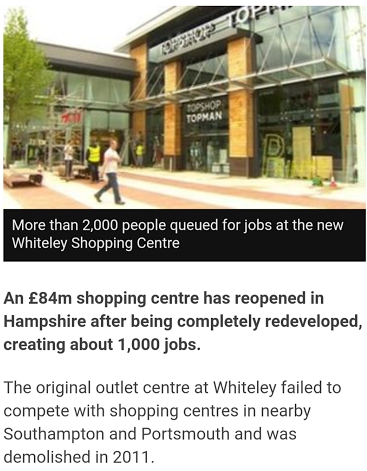 Bus services to the area have been poor from day 1 but this letter in the current Buses magazine intrigued your author. 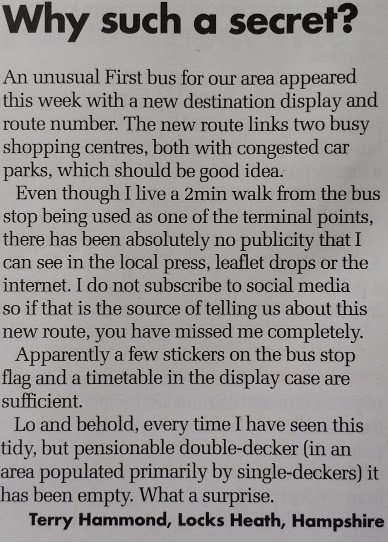 Mr Hammond's residence is at Locks Heath and he refers to a route linking two shopping centres. Here is Locks Heath Centre with its Waitrose supermarket ... 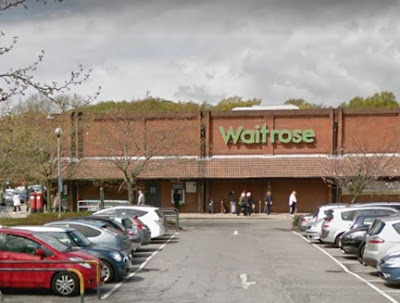 ... and served by various First routes including the longer distance services between Southampton and Portsmouth or Gosport.

A cursory glance at First's web site to see if something new now runs between Locks Heath and Whiteley ("the other supermarket") was unhelpful, maybe even negative.

The Fareham route diagram does not go as far as Locks Heath, but only the 28/28A to Whiteley appears. 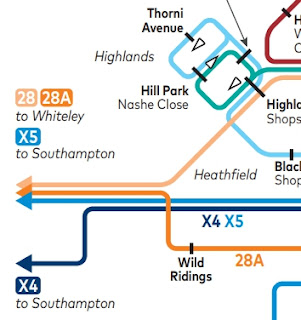 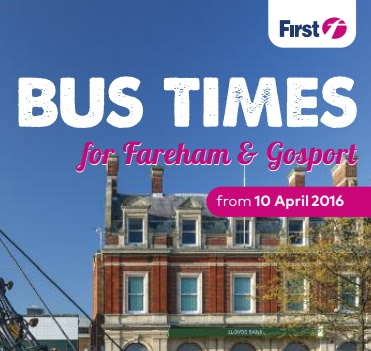 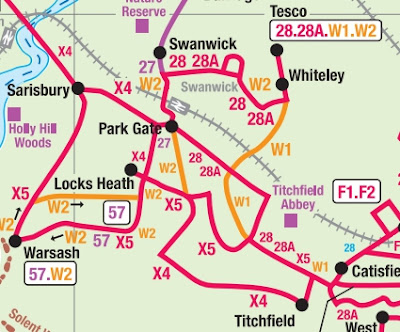 Eureka! The 28/28A are joined by a W1 and a W2, and the W2 runs via Locks Heath. Now we know the route number we can look more closely. there is a timetable on First's web site ... 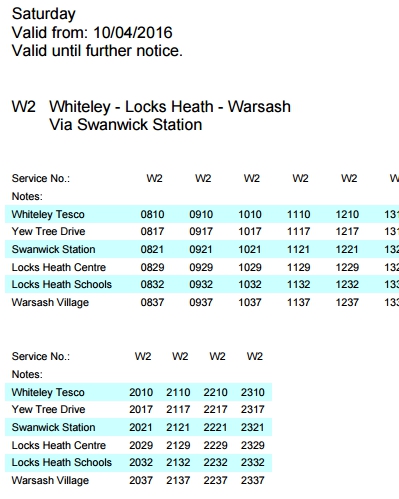 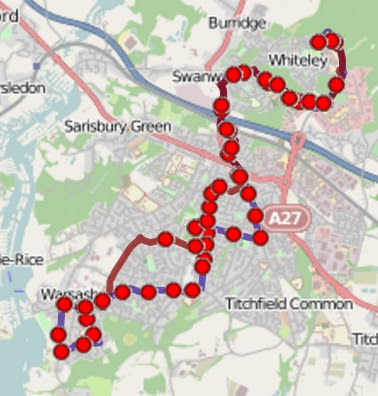 Complicated, isn't it? Note that the Hampshire map has less wiggles than Traveline's. The W2 runs every hour until late at night BUT ONLY ON SATURDAYS.

And there is also a W1 from Fareham. By typing "Whiteley" in First's timetable search ... 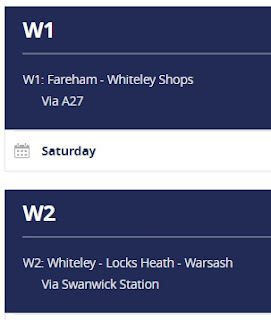 ... you can find these two. But, as usual with on-line stuff, it is easier if you know what to look for in the first place. Likewise, Traveline reveals all if a "Location" search is chosen. 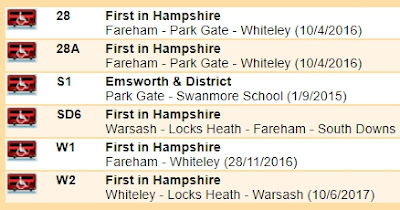 This list implies that the W2 is either "new" as per Mr Hammond's letter; or has recently changed, whilst First thinks it has been running since April 2016. 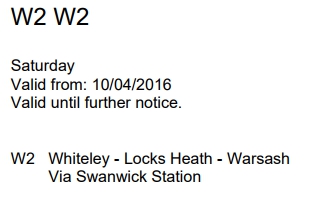 So, is Mr Hammond right? Has there been any publicity outside of the complex and oft unfathomable depths of the various web sites?

We will conclude tomorrow and contrast with publicity for another out-of-town shopping centre that we have "visited" recently.


Next Whiteley blog : Wednesday 21st June
Posted by fatbusbloke at 02:00