This quote (or something like it) is often attributed to George Bernard Shaw, celebrated author and cyclist, with little corroborative evidence. 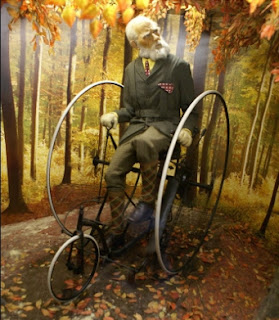 He probably never rode anything like that; Osborn-Smith's Waxworks (an Isle of Wight "Attraction", now a restaurant, never let truth get in the way of a good diorama!) but the point is well made. It was a point made very clear last week when fbb was given a copy of an American railway modelling magazine with a 2008 cover dae. 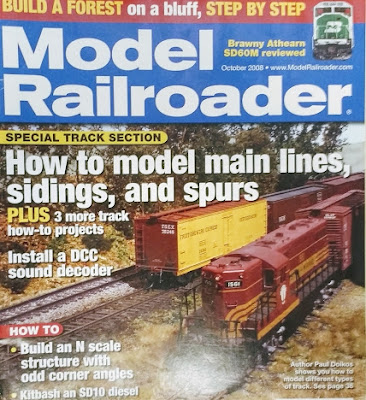 Try this for a start! 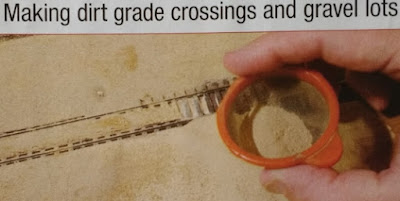 Well; "dirt" is self explanatory, a "grade crossing" is a level crossing and a "gravel lot" is a gravelled yard. Totally clear. "Ties" are sleepers, "switching" is shunting, s "caboose" is a guards van and (possibly) "spurs" are branch lines. "Sidings" are definitely "sidings". "boxcar" is a goods van, but a "cushion underframe" temporarily bamboozled your author.

fbb suspects that the UK equivalent is a "shocvan". 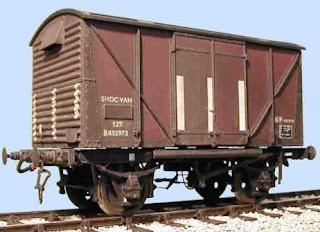 But one thing is immediately obvious, even from a cursory glance at the magazine; there is very little modelling of passenger trains. Here is a narrow gauge mountain model ... 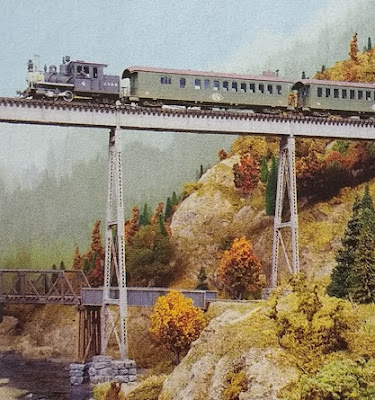 ... and part of a huge historic 1950s model snaking round two large rooms. 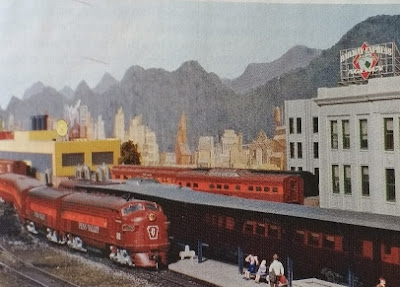 These were the only two layouts from this particular edition which had any passenger traffic at all.

Adverts for passenger rolling stock are also few and far between ... 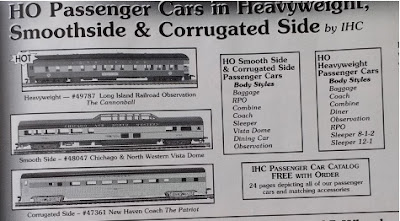 ... with an upcoming model of a New York "subway" train announced from Walthers. 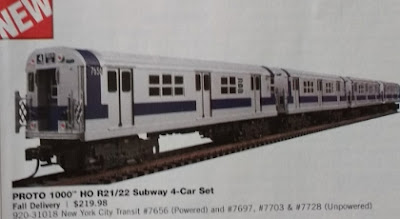 It would be fair to say that most layouts in the US, and thus most information in the magazine, are all about HO scale modelling. HO uses a track gauge of 16.5mm and a scale of 3.5mm to a foot. Remember that the US is not metric, so feet and inches prevail, but possibly not rods, poles and perches.

But two minority scales seem to be better supported that in dear old Blighty. The diminutive "Z" gauge ... 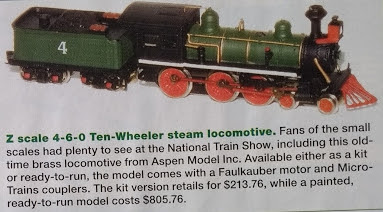 ... is usually associated with German manufacturer Märklin. The loco above was on offer at a modest $805.76 with an unpainted kit at $213.76. Paint it? fbb would struggle to see it at 1.385mm to the foot. The loco above is barely two inches long.

More intriguing were adverts for models in "S" scale. In the UK this is highly specialist but in the US it has a strong following. 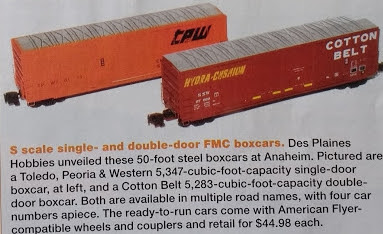 Strictly speaking, scale is the ratio of the size of a model to that of its prototype and gauge is the distance between the railheads. In the Case of "S" Scale, the proportion is 1:64 or 3/16" equals 1 foot. Standard "S" gauge track is 7/8" between the two rails.

It is historically and practically a non-metric scale!

One encouraging item in Model Railroader illustrates that even the most skillful US craftsmen have their problems. 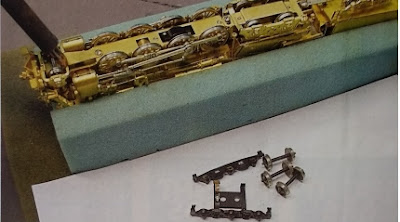 The text that goes with this picture explains that the author was soldering the front "truck" (bogie) when the heat from the solder was transmitted through the metal body and the back bogie fell to bits!

There will be more from the US in a subsequent blog, but, for the time being, what is one of these? 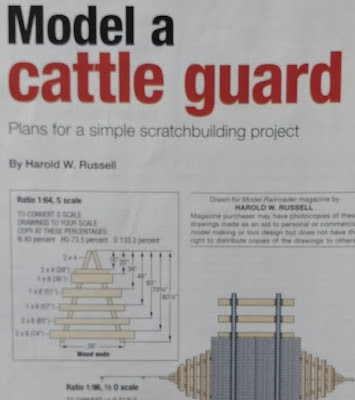 In the "good old days" you might wish to contain your cows in some sort of fenced enclosure, i.e. a field. If a railway passed through the field, said cows could search for pastures greener and newer by hotfooting it along the track.

So this is the rail equivalent of a road cattle grid. 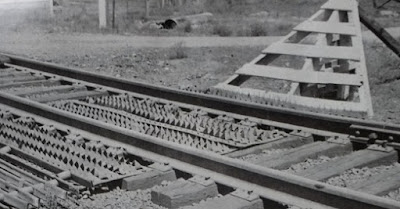 Seen here are sloping fences to accommodate the box car bodies and sharp spikes on the track to hurt the sensitive bovine feeties.

Note that there is no fencing along the track so the beasties can, quite happily (?), be pulverised by a train as long as they don't escape into someone else's bit of prairie.

Back to buses tomorrow.

Next Sabbatical Selection : Sunday 25th June
Posted by fatbusbloke at 02:00