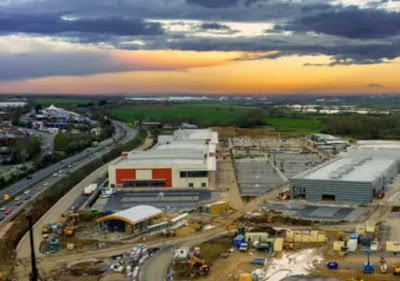 Here is Rushden Lakes shopping centre in all its glory, Across the A45 to the left are the outskirts of Rushden, and ahead in the rosy glow (possibly photoshopped?) of the Northamptonshire sunrise is the town of Wellingborough. 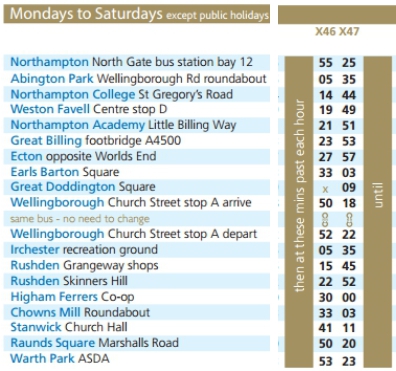 These are diverted to serve Rushden Lakes. Currently, these follow the A508 across the River Nene and under the upgraded A45 at Little Irchester ... 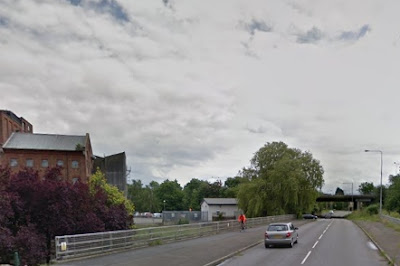 ... passing the distictive Whitworth's flour mills on the left. There is housing along most of the London Road until buses turn left ... 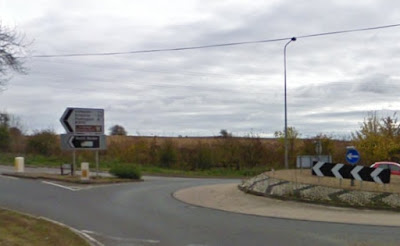 ... for (big!) Irchester and Knuston, continuing into the Rushden and beyond.

As an historic aside, this route passes two long gone railways stations. Wellingborough London Road on the line from Northampton to Peterborough was located near the mills. Here is the level crossing and footbridge snapped in 1959. 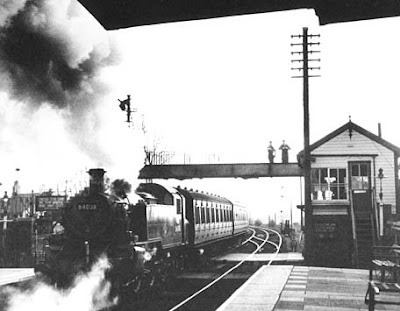 This station closed in 1966. Irchesster itself had a stop on the Midland Main Line just south of the junction of the branch to Rushden and Higham Ferrers. The station house remains hidden in the trees and there is a bus stop for interchanging passengers! 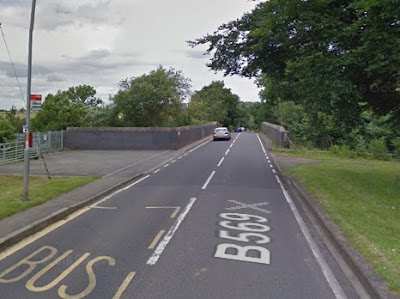 But nothing remains at rail level or of the attractive buildings situated on the left in the photo above and perched atop the old overbridges. 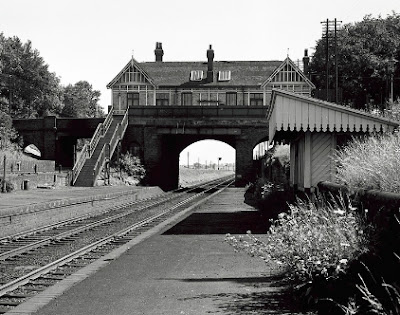 The revised X46 and X47 eschew this route and zoom onto the A45 via the quaintly-named Turnells Mill lane (named after - guess what?) ... 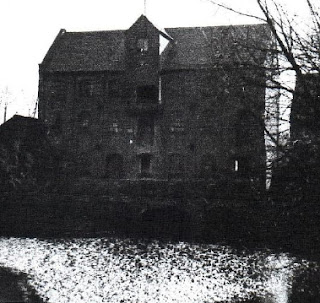 ... also gone to make way for the road junction. 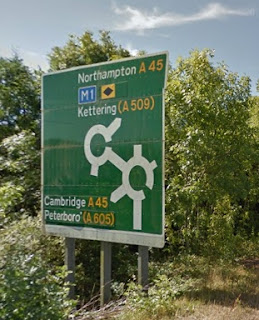 This takes the diverted X46 and X47 up and over their original route and direct to Rushden Lakes. 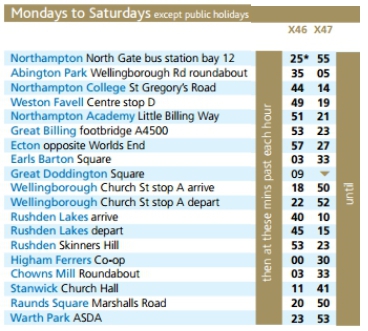 So what, we hear our reader cry, is to happen to the poor folks of London Road (south of the former London Road Station), Irchester and Knuston, cruelly deprived of their half hourly service in favour of yet more out-of-town shopping>

Stagecoach provides an on-line link to a Rushden Lakes leaflet which contains a map ... 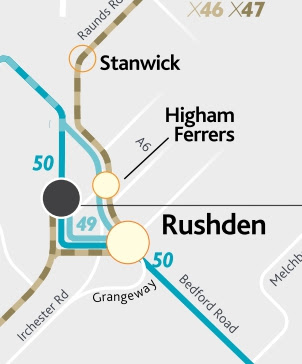 ... and a profusion of departure lists from the various communities served, but not a peep about the poor deprived folk of Irchester etc.

Thanks to some natty research by our Northampton correspondent, information worrying terrier that he is, fbb can reveal that there is a new service 14 from Wellingborough ...

... to Rushen via Irchester, every hour Monday to Friday. Presumably Ircastrians (?) are not to be allowed to catch a direct bus to their glorious shopping heaven just down the road. They must change in Rushden! This information is keep under wraps and could not be gleaned from the Stagecoach web site as of yesterday.

Two independent services will be running to the retail therapy wonderland. There are Wednesday only from Bozeat ...

Again, thanks to Northampton correspondent Alan for plumbing the near impenetrable depths of Traveline.

All these swing into action from the end of June.

And there's more! (Too much excitement).

Stagecoach have just registered four more services, numbered, in a flash of outstanding innovation, as RL1, 2, 3 and 4. These start a month later in July.

Alan also send a timetable for the RL1. 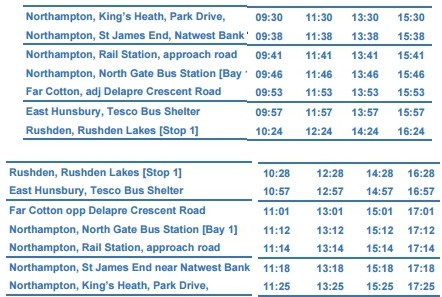 The last round trip runs only on Saturdays and when schools are closed. Also it is very good to know that Rushden Lakes is at Rushden; we would never have guessed otherwise. Alan presumes that the buses call at East Hunsbury Tesco extra ... 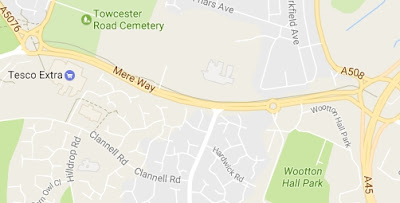 ... then zoom, packed with excited shoppers, walkers or canoeists, non stop to the shopping paradise.

And the various "stakeholders" ...

... have given their blessing to "the next phase". 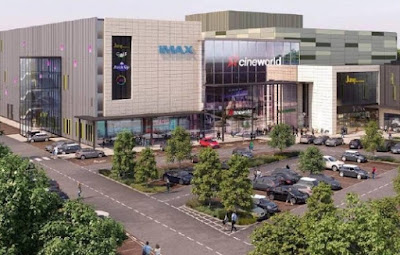 fbb rather decaying ex-Northamptonian mind can just about manage a small boggle!

Tomorrow, yet another batch of Saturday Oddments
Posted by fatbusbloke at 02:00