From May 8th three bus routes in Sheffield were diverted. These were the 1/1A to High Green, the 7/8/8A to Wordsworth Avenue and Ecclesfield and X1 to Rotherham and Maltby. Unusually this was promulgated, not as a temporary "road works" diversion but as a fully registered change of route.

New timetables were posted on line, but no printed information was provided for Sheffield residents. The change was well hidden in the Travel South Yorkshire web site. fbb had asked his contacts at First South Yorkshire for a list of forthcoming changes and so was a party to the largely secret information. The full tale was told in a Saturday Selection blog (read again).

It was a mess. One organisation for which fbb works as an unpaid consultant was able to ensure that GoTimetable Sheffield published the change a few days in advance ...

... and provide a clear and accurate map. 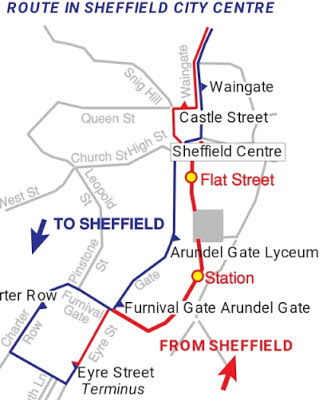 Because of some road works on Arundel Gate which was blocking busy stops ... 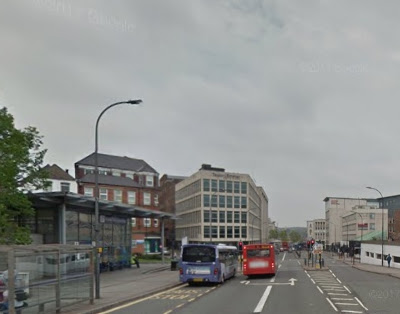 ... the main layover point in the City was moved to Flat Street. The two are not far apart; just cross Arundel Gate, descend through a gloomy tunnel ... 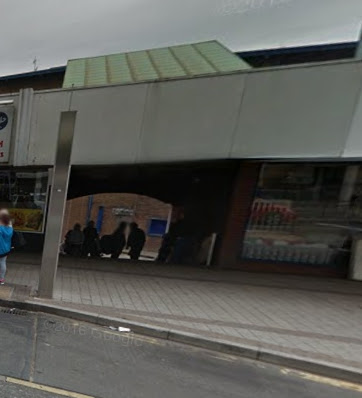 ... and stroll down Esperanto Place, formerly the bottom bit of Norfolk Street. 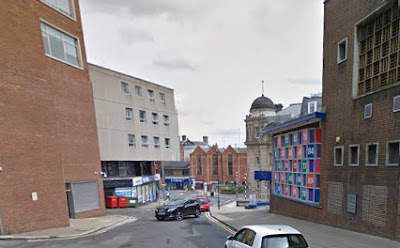 Turn right at Mecca Bingo and there are the Flat Street stops. 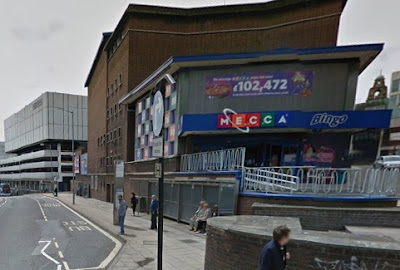 Just over a week ago, fbb was idly reading the well-hidden list of South Yorkshire disruptions and diversions ... 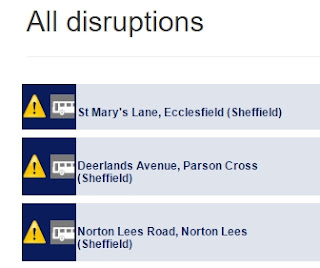 ... when he read that due to an early finish for the road works, the diversion would end early and normal service would be resumed from Monday June 5th. 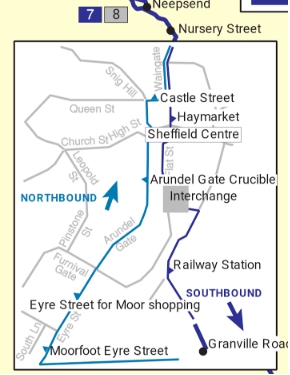 ... into place by 1000 on that morning. Sadly the technical team does have other work to do (for which they are paid!) so this was the best that could be managed.

As Travel South Yorkshire (TSY) is the only complete source of timetable changes, albeit with nothing printed, we should be able to turn to this on-line source for the replacement schedules.


Here is what you will still find, for example, with the X1; on line yesterday 13th June. 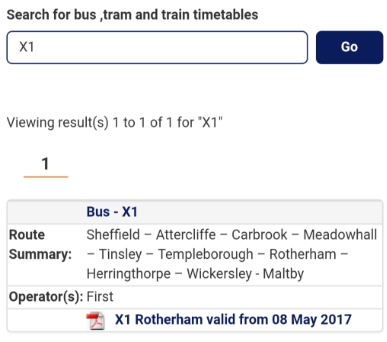 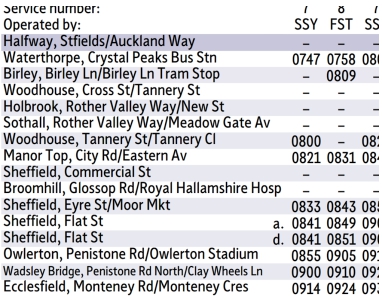 The maps are also wrong, but as TSY maps are always well-nigh incomprehensible, there is a good chance that nobody will every use them. The X1 version shows the diversion but in the wrong direction. 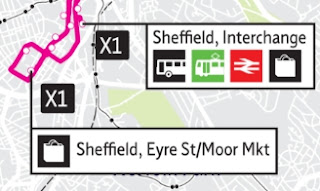 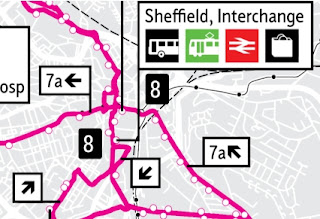 But what of the two bus companies involved. Services 1/1A and 7/8 are jointly operated.

Thankfully Stagecoach has re-published the TSY pages that were current before May 8th. 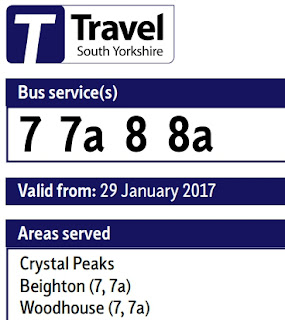 We may assume (may we?) that the service returned to the January timetable. One hesitant house point for Stagecoach.

First Bus has no truck with this joint service rubbish and only shows its half of the partnership schedule ... 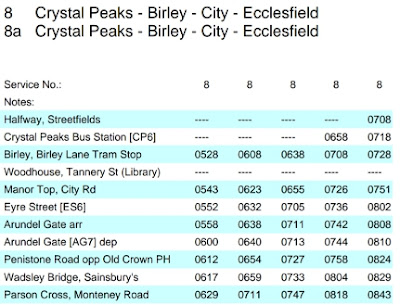 ... but buses do run via Arundel Gate and not Flat Street. One good house point for First.

fbb does not know (yet) what times are shown on the bus stop departure lists or departure screens. A quick check on the journey planners on Friday morning last revealed ... 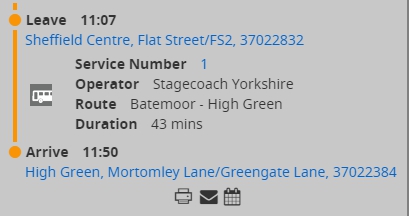 
One caveat. The fbbs were away last weekend so it might be possible that TSY have sorted themselves out and it is now (Wednesdy June 14th) right. If it is now correct, it is only one week late.

Keep trying, chaps and chapesses and shout loudly and all together ...


And, please remember, that NONE of this information, old or new, right or wrong, has been available in printed form. Neither have the "diversion" changes or the "return" change been headlined on the TSY "forthcoming changes" pages OR anywhere on the company web sites.

You have to have looked, and looked very hard.

And, Talking of Technology ...

This from Alan in Northampton. Google Streetview takes us to the Main Road stop in New Duston. 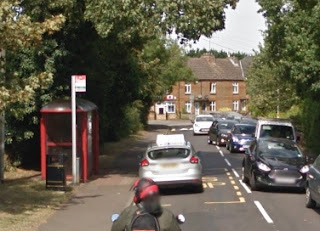 From here you have a choice of three services during the daytime Monday to Saturday, but only two on Sundays. 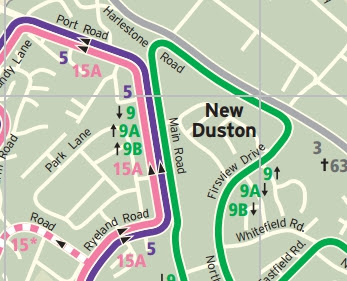 The 15A (every 30 minutes) follows a circuitous route and leaves at 06 and 36 minutes past the hour. The 9B (an evening and Sunday variant of the 9A) leaves at 03 and 33 minutes past each hour and is, by far, the quicker route. Service 5 does not run on Sundays.

As Alan points out, the second 9B "exists only in the over-excited circuitry of N.C.C.'s real time system." There is no such bus.

The Axminster Station bus times display, as featured regularly in these blogs, was entirely blank for the whole of last Thursday 8th June. 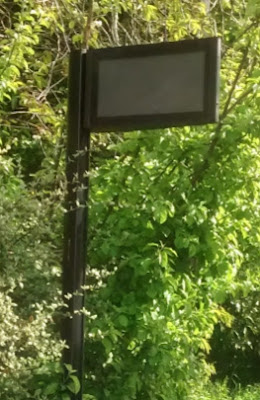