fbb has visited Pendon  Museum once before and mentioned it (in passing) in a blog back in February 2015. A return visit was made one week ago, but this trip was different. No 1 son, No 3 son and No 2 grandson all volunteered to accompany the old man, much to your author's surprise.

So where and what is Pendon? First go to Long Wittenham. 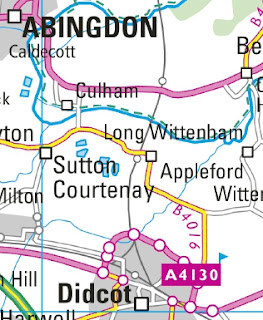 The little village (white square, centre right) lies between Abingdon and Didcot and is a typical picturesque Oxfordshire community. 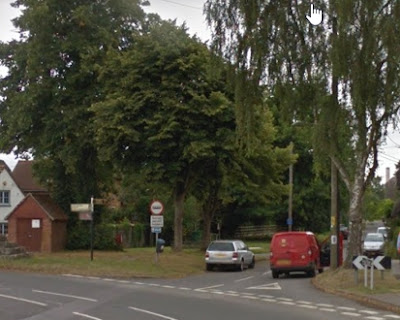 Bear right at the village green (you are still on the High Street) and proceed almost to the end. there is situated the former Three Poplars pub. 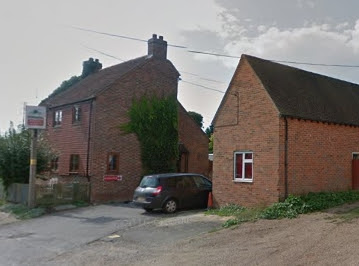 There, hidden behind the former hostelry is a mysterious shed. 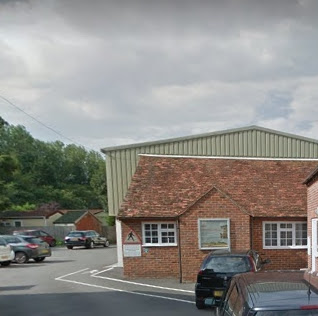 Its entrance is less than imposing, but you have arrived at Pendon Museum. 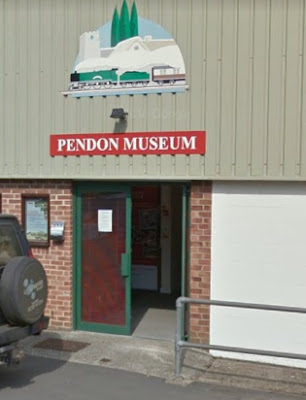 Inside is such a box of delights that fbb's party, with no particular interest in railways or models thereof, was utterly entranced. But we need to go back a bit because the logic of a model railway based museum in a relatively obscure Oxfordshire village is a little difficult to follow.

It was in 1925 that this good looking 18 year old lad arrived in England from Australia. He rapidly fell in love with England, particularly the Vale of the White Horse. He eventually settled in Long Wittenham (where he ran a YHA hostel in the former Three Poplars for a while) ... ... but his real work was to record in great detail a whole range of cottages and farms from the Vale. 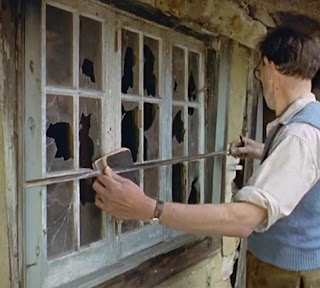 From his detailed notes ... 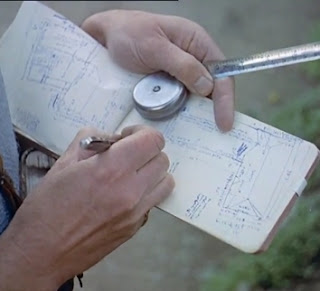 ... he began to construct models.

An early example came when he heard that the former Cally pub in Wanborough was to be rebuilt ... 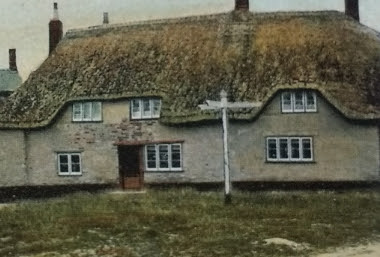 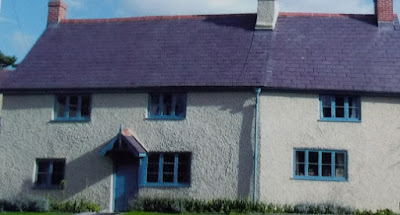 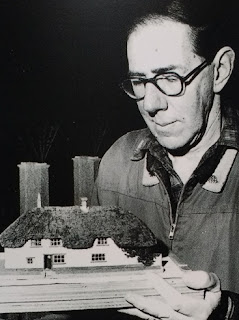 ... an accurate model scaled at 4mm to a foot with no compromises or fbb-type bodges. 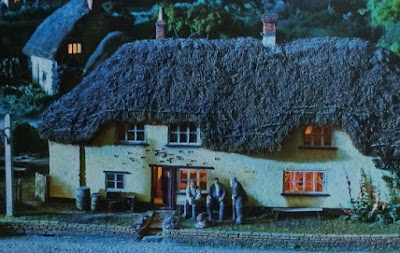 Next came an old RAF shed in which to display his work and that of chums who joined him in the grand project. 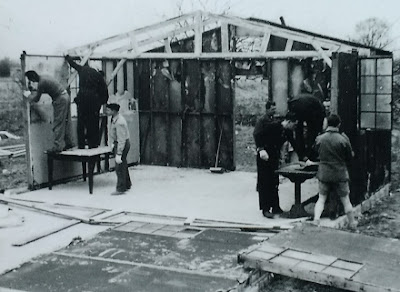 From these beginnings came Pendon Museum which moved into its new premises, still behind the Three Poplars, in 1977.

Roye's ultimate aim was to create a whole model "world", bringing together distinctive buildings from various Vale communities to create the fictional village of Pendon Parva and its associated railway line. The former Cally Arms became the Waggon and Horses, seen here (end on, lower right) in its village setting. 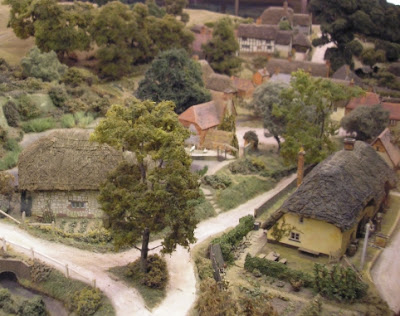 The organisation does not pretend that the model village is an accurate representations of any specific community in the Vale, but it brings together a huge quantity of beautifully modelled structures that were typical of rural life in times past. 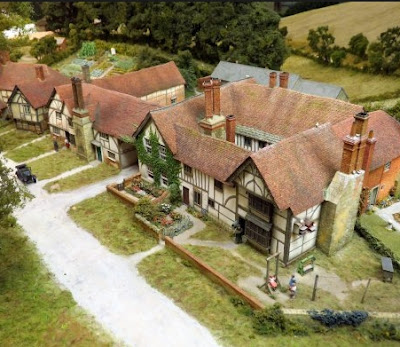 ... and here the evening oil lamps glow inside the buildings. 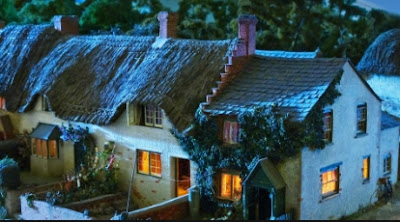 A bus ambles its leisurely and occasional way through the village ... 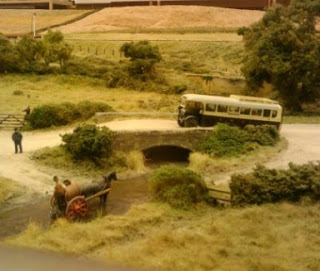 ... whilst trains chug past occasionally and realistically slowly (click on the pic below to enlarge it).

Just for the record, here is the plan of Pendon Parva village where each one of those black blobs is a meticulously modelled building. 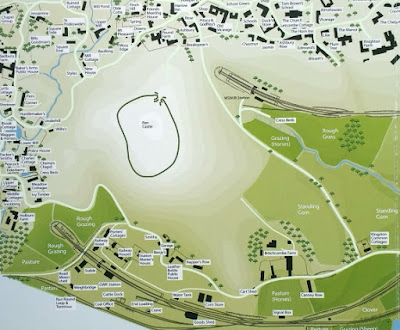 Here is just a tiny extract showing the Waggon and Horses (top left), 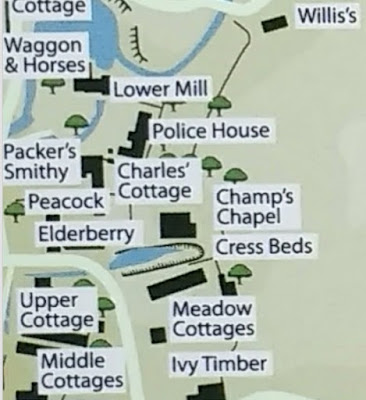 The other half of the display shows the railway in its rural environment. Unlike most modellers, who cram very possible bit of building into a small place, somewhat like Hogarth's slums, the line runs through typical Vale open country. 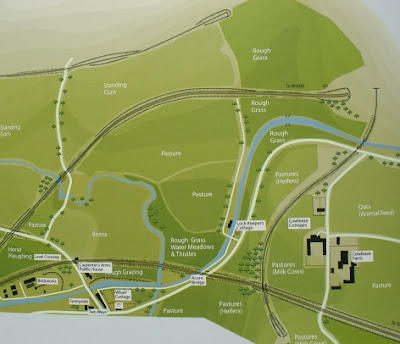 Only occasionally are there buildings ... 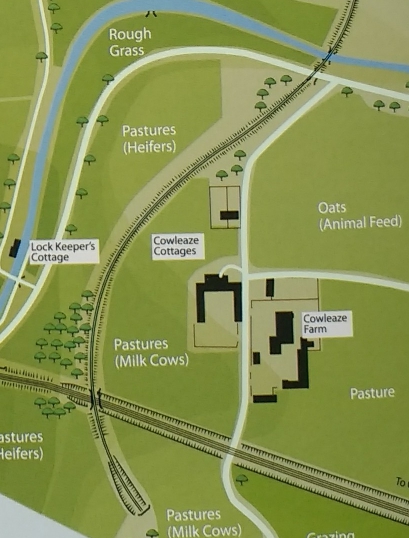 ...and for half the vast area of the model, open country is just what it says; the rolling open verdant and productive hills of the Vale of the White Horse. Even the fields have "correct" crops and bovine occupants! 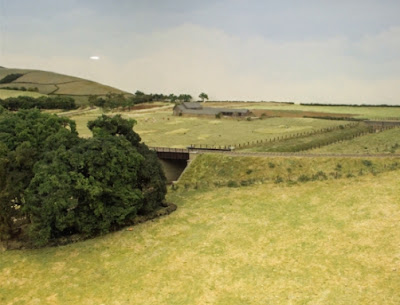 Tomorrow we look at Roye England's modelling principles, adopted and maintained by the team who continued his work after his death in 1995.


Next Pendon blog : Sunday 18th June
Posted by fatbusbloke at 02:00