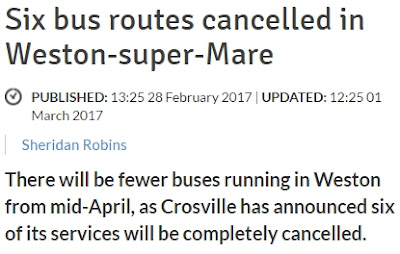 Let's first look at some dates.


March 27th  : First starts service 5 having withdrawn
exactly the same service a couple of years ago. 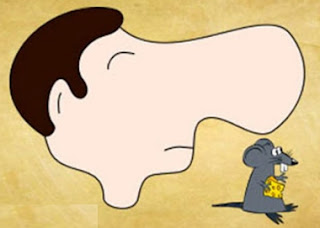 Maybe, maybe not; but it all seems to fit together rather too neatly. Sorting out the detail is made easier by an excellent First Bus map available on-line. Apart from the 5 referred to yesterday, there are no timetables as yet.

April 17th is straightforward. Between Bourneville, Weston and Sainsbury's Worle, First's 3 and Crosville's 103 are in direct competition. So the 103 gets the heave-ho!

From the end of April, First's 3 (MID BLUE) ceases to serve St Georges ... 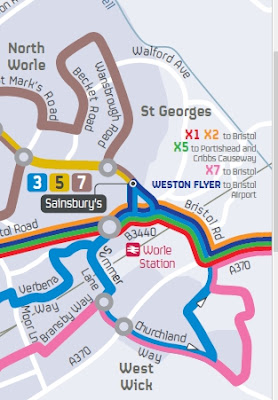 ... and instead extends to West Wick. We will see why in a moment but it would appear that St Georges loses its bus service completely from 30th April when Crosville's part service 5 (extensions to service 105 (DARK RED map below) also disappears. 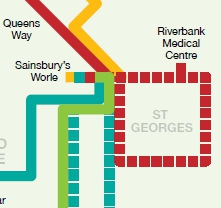 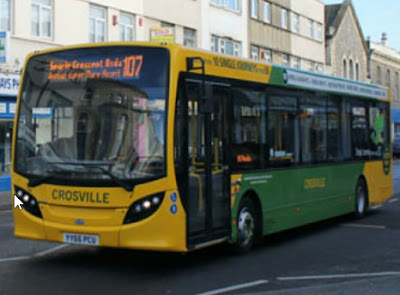 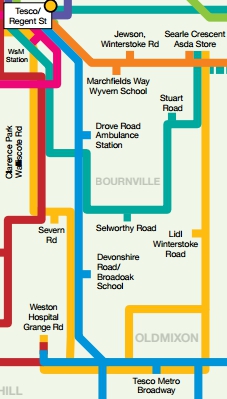 The one difference is the the 107 continue from Oldmixon via Lidl on Winterstoke Road to the big ASDA (and the big Waitrose!) at Searle Crescent. 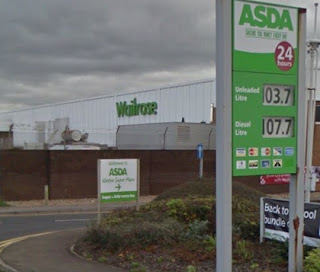 The shopping extravaganza is also served by 3/103. 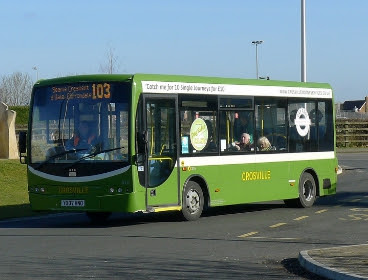 Apart from the 5/105 changes, the pull-out on 30th April involves three linked services. Crosville's 14 and 16 cover the Locking Castle area.

The Estate takes its name from the remnants of a Motte and Bailey castle ... 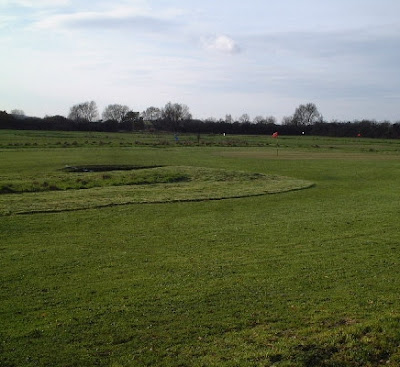 ... which lay between RAF Locking and the main Bristol to the West Country railway line. 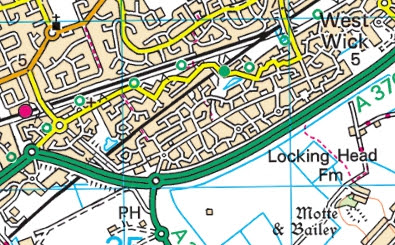 The raison d'être of the 16 and 18 lies between the green road and the railway and in the "V" between main line and Weston-super-Mare loop. Despite the implications of the map above, the straight road parallelling the A370 dual carriageway does not exist. 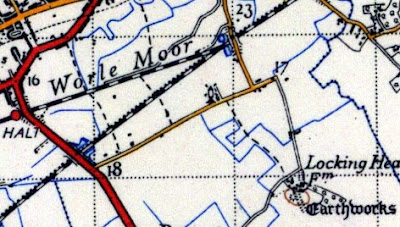 The former "yellow" road is now a footpath and cycleway. 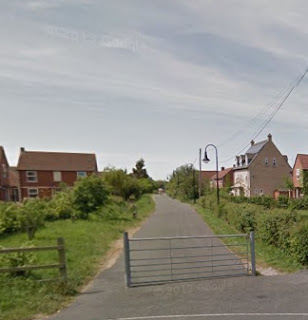 Had it been built as a dedicated bus lane, the route of the 14 and 16 might have been easier to arrange. 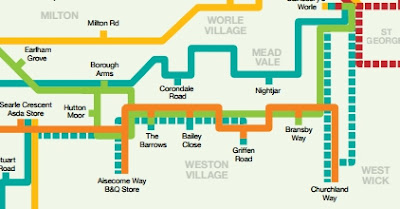 ... with six return journeys between town and Sainsburys but on schooldays only. 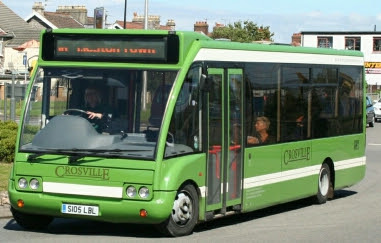 And here is the somewhat better 16 (ORANGE) with even more wiggles ... 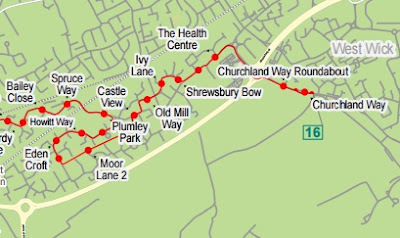 ... and an hourly service Monday to Saturday.

To add to the mix is the N3 (BLUE-ish). This, called over optimistically a late night service, extends the 103 at both ends to provide evening journeys. 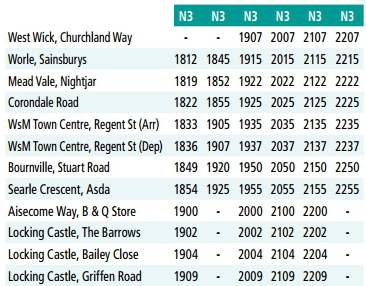 But here is what First's web site says.

Thanks to ‘kick-start’ funding won from North Somerset Council, on Sunday 30 April 2017 Service 3 will extend from its current Worle terminus to additionally serve West Wick. West Wick will also be served by a new service X7 (PINK on the map below), which will run from Weston via Locking Castle, West Wick on to Yatton, Clevedon and Nailsea. 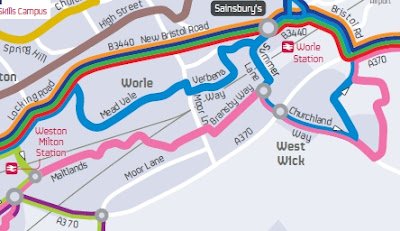 Obviously (?), this new X7 follows the route of Crosville's 16. The MID BLUE line is the extension of First's service 3, starting on the same day, but no timetables are yet available.

Of course, one reason for Crosville's retrenchment could be the increase of work for Hinkley Point C nuclear power station. A blog comment from last Tuesday offers this opinion.

But the Hinkley Point work is in partnership with First Bus, the company that benefits significantly from Crosville's retrenchment.

Might there still be a bit of a whiff? 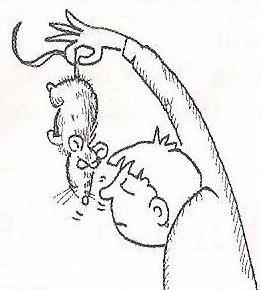