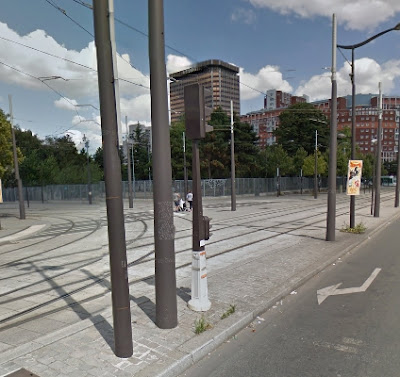 Tram T3b (in Paris) has just crossed under the Boulevard Periphérique and is about to turn left to Station Delphine Seyrig. Likewise from above:- 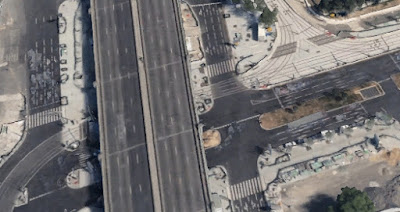 Before that, we pass the "jonction"" referred to in our blog title. Alongside the spur of track runs a public road. Courtesy of Streetview, we can trundle along the road ... 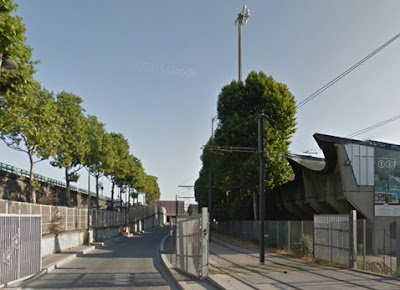 ... called Rue Centrale Lafarge. But faintly on the widow of the building on the right is  T3 logo. Press on ... 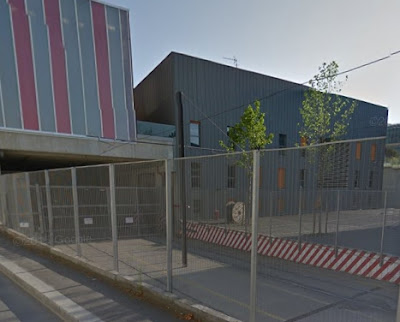 ... and the tracks finish at a temporary barrier. We can Streetview onwards through a tunnel and, at the end of Rue Centrale Lafarge, we arrive at ... 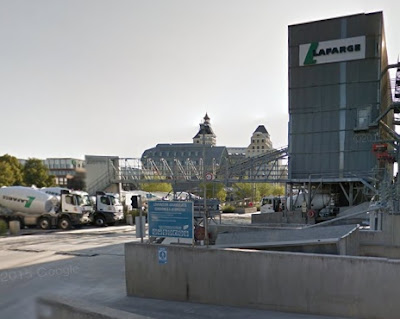 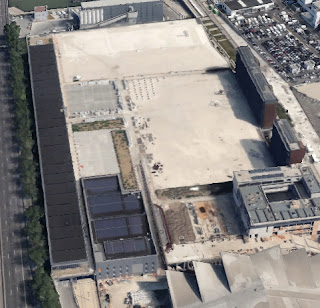 ... and those scary brown flats near the Delphine Seyrig tram stop over on the right. So where do the tracks go? Some sort of long thin depot?

Off to the dreaded interwebnet and search for a line 3b tram depot. And, joy of joys, here is a video that seems to fit. One of the opening shots looks familiar. 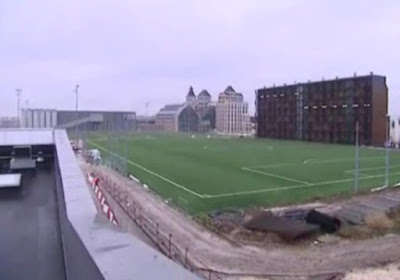 Scary brown flats and a football pitch. previously the scary flats and a big white expanse. But two pitches on this street map. 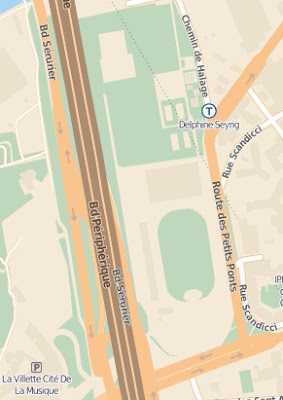 Obviously, the new depot has been built on the site of one of the footy pitches. Here is a track diagram showing the whole set up.

There are plenty of depot pictures to look at; long rows pf stabling sidings as per the track plan ... 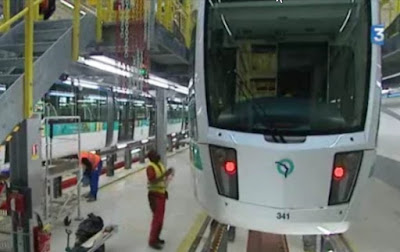 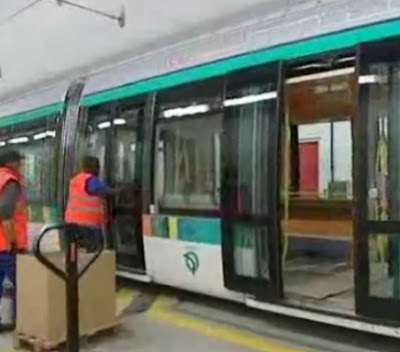 Yes, there is a depot there, obviously built after the Google maps aerial pictures were taken.

But hang on a moment! Listen carefully to the man on the video. He speaks French very quickly, of course. 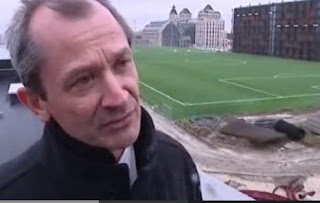 Got it at last. The depot is UNDER the football pitch. The earlier aerial shot shows the depot being built on the site of the pitch; the video shot shows the greensward back in place. You can even see a tram doing a "U" turn at the far end of the depot in order to get to the sidings. 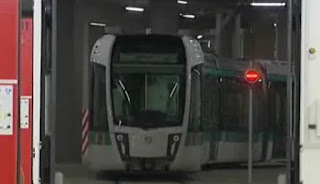 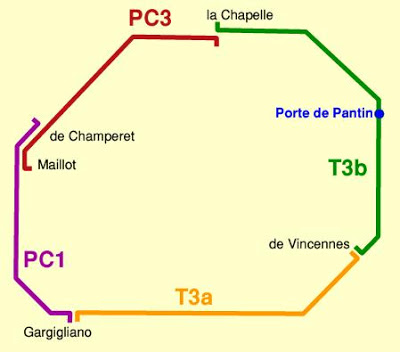 In case you wondered, the depot for line 3a is near Balard station. (purple lines are tram T2.) 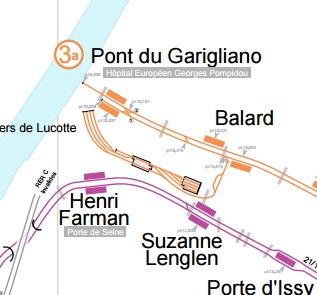 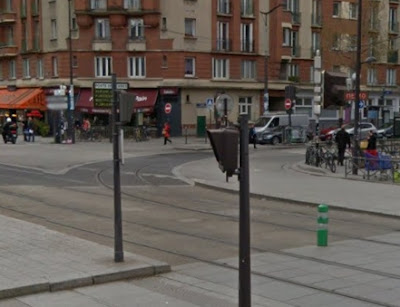 ... which leads to the depot gates. 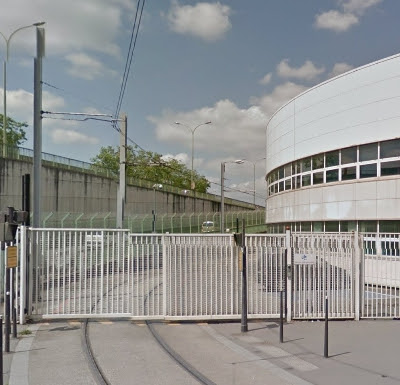 The depot is squeezed in between new buildings and a slip road. 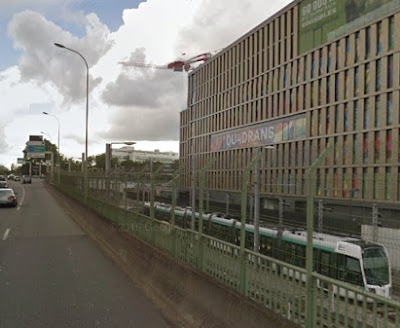 And here, in a shot taken when building the new stuff was still in progress, are the lines of trams peacefully snoozing as they wait for their next duties. 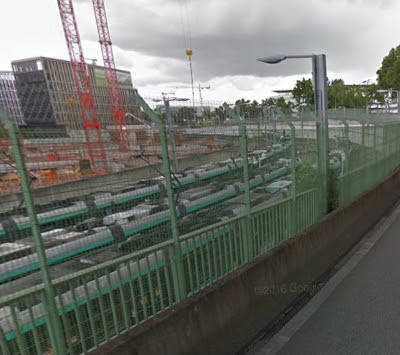 Not as well hidden as under a footy pitch, but still a fine example of how to accommodate all the trappings of a modern tram service.

But never let London transport be outdone. This is the central line depot at Shepherds Bush. 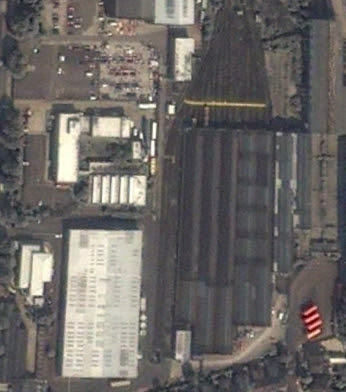 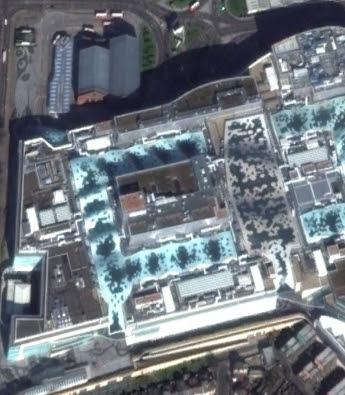 ... under the Westfield Shopping centre.


Next Weston blog : Tuesday 14th March
Posted by fatbusbloke at 02:00