From Mills to Money

It was at Porte de Pantin that lorry driver and good chum of fbb saw the mysterious triangular junction. 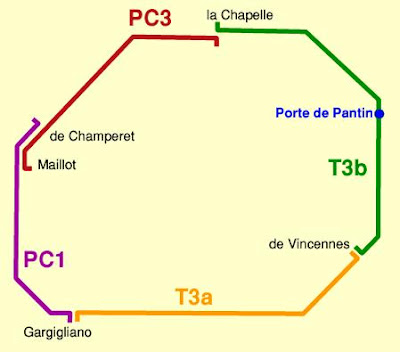 To understand what's going on, we need to go for a bit of Parisian geography. The town of Pantin is a community contiguous with the border of the city of Paris. 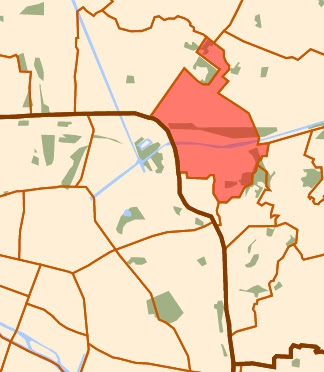 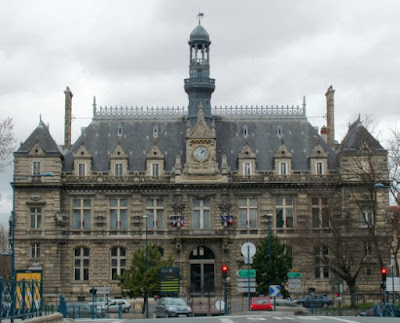 ... but an observer with little knowledge of Paris and its district's local politics would class it as a suburb of the city. The original PC2 bus route remained inside the Boulevard Periphérique ... 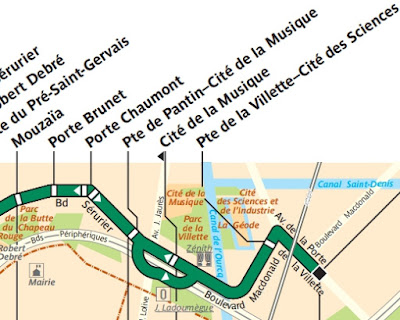 ... although it was forced to use part of the Porte de Pantin intersection in an awkward one way routeing. The above extract needs to be rotated 90 degrees anti-clockwise to match its correct geographical orientation. Parc de la Villette is the location of a whole range of exhibition halls and theatres. La Géode, for example is a 360 degree cinema. 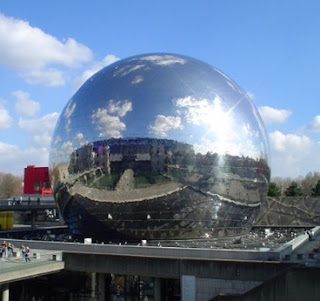 The Philharmonie de Paris is a vast and spectacular concert hall. 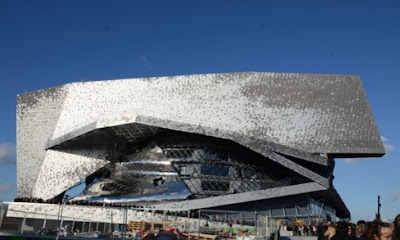 But Tramway T3b, replacement for bus PC2, diverts at Porte de Pantin via new development outside the Periphérique. 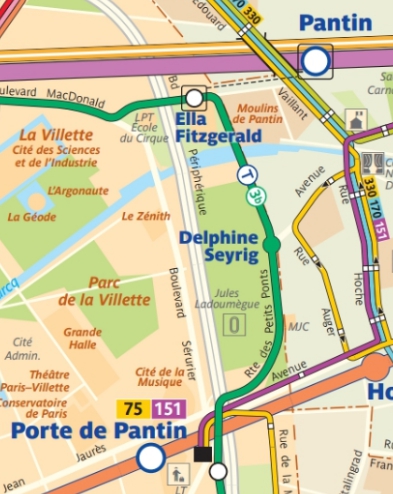 PC2 followed the Boulevard Sérurier (in white) to a terminus just off the map extract top left. Tram 3b has a stop near the Porte de Pantin Métro (white blob) ... 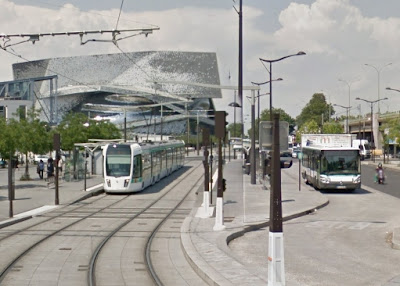 ... and right next to the terminus for buses 75 and 151 - of course! It then swings sharp right under the Periphérique ... 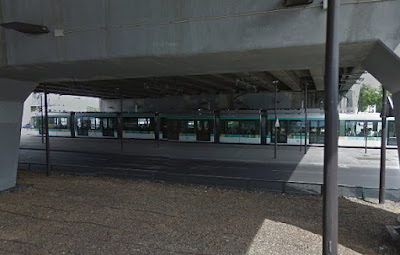 ... before passing a mysterious triangular junction - Tada! Next a sharp left in front of some snazzy new development ... 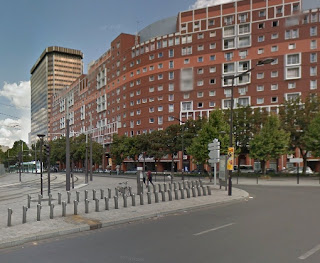 ... and along to the next station, viz. Delphine Seyrig. 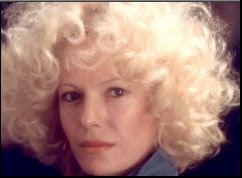 Delphine Claire Beltiane Seyrig (10 April 1932 to 15 October 1990) was a Lebanese-born French stage and film actress, a film director and a feminist.

As an aside, R A T P (Paris City Transport) delights in giving their tram and metro stops names that are memorable but non-geographic. fbb knows of no connection between Delpine and Pantin.

But her stop sits on a piece of closed road ... 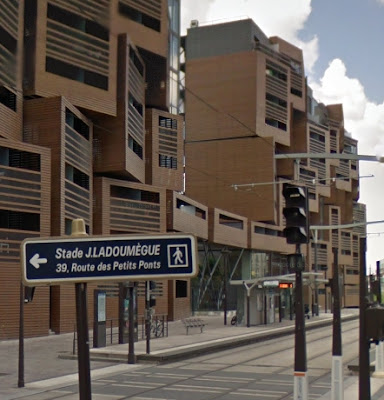 ... next to some very spooky brown flats (spoiler alert for tomorrow's blog) and a sign to a footy ground called Jules Ladonègue (spoiler alert No 2). Google Maps is not allowed down the tram track so we need to jump to the other end of the pedestrian only Chemin de Halage (Haulage Way!). Here we find a canal.

To get back to Google Streetview viewable roads the tramway first has to cross the Canal de l'Ourcq which it does on a splendid gently curved bridge ... 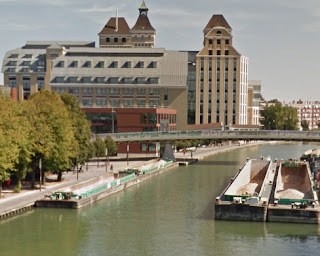 ... which also carried a footpath and cycleway. It then runs along the Rue Ella Fitzgerald.

At the northern end the tracks turn sharp left ... 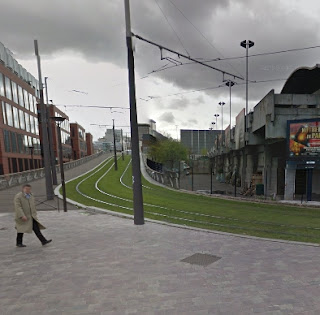 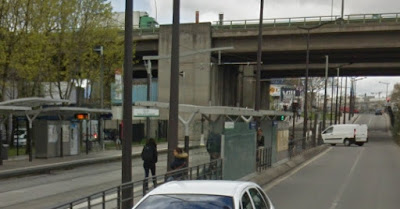 Again, fbb does not think that the great jazz singer had any connection with Pantin or even Parisian public transport; but "Grands Moulins" intrigues. 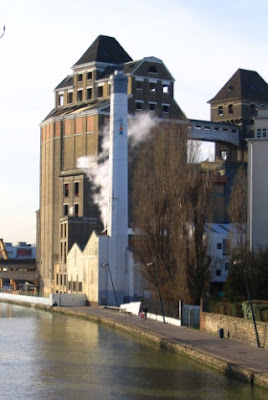 Flour mills (minoterie, a word fbb had to look up!). An aerial photo from the late 1940s shows derelict industrial land and signs of a rail link from the adjacent sidings. 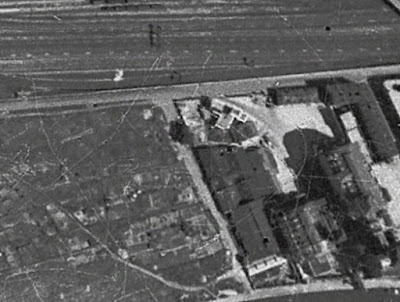 Now look at what has happened! 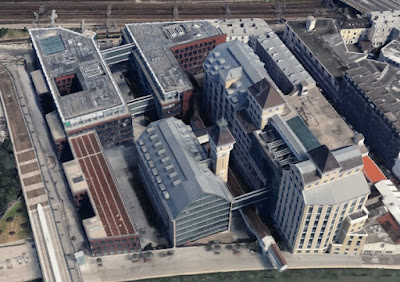 Look near the tram stop (off-shot, top left) today and there is nothing flour mill-like in sight, just blocks of modern offices occupied by bankers in their thousands. 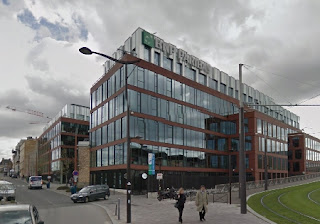 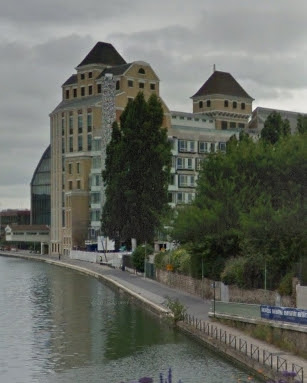 Back to Ella Fitzgerald. A dotted line shows a "link" to Pantin (big) railway Station. 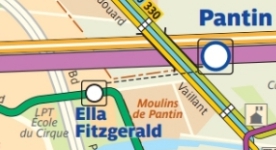 The link is more to do with interchange and ticket availability rather than offering a special dedicated walkway.

Walk past the shiny BNP block along Rue de Débarcadère, across the pedestrian crossing ... 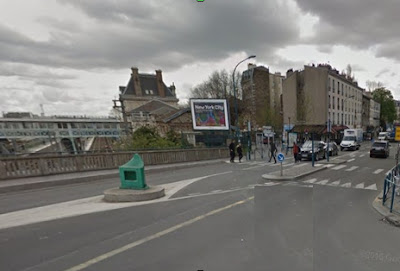 ... remembering that in France the first motor vehicle attack will come from the left; and there is the station, on Avenue de la Gare. 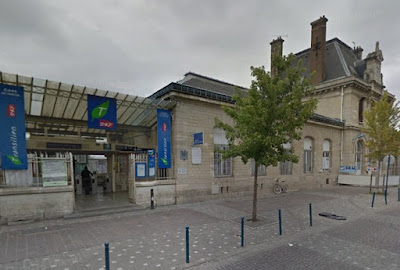 Much of the station building is no longer in public use, but it is good to see that the whole building has been upgraded and retained, rather than blasting it to rubble and replacing it with something made of cardboard and string. 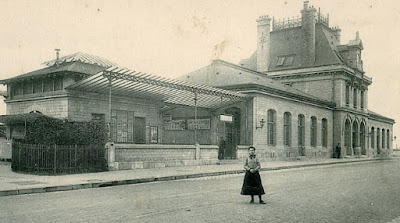 It is particularly heartening to see the superb glazed canopy still protects passengers as then enter or depart. 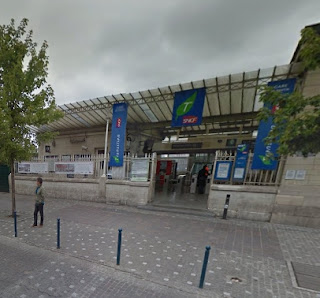 Originally served by local trains from Gare de l'Est, the line is now part of RER "E" and will whisk you quickly via Rosa Parks** into Gare du Nord (Magenta) or Haussmann St Lazare; soon to be opened to La Défense and westwards. 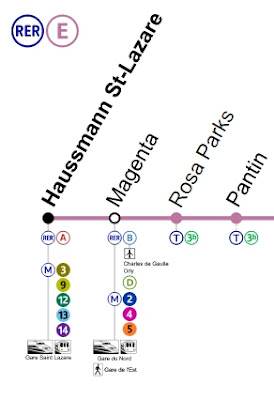 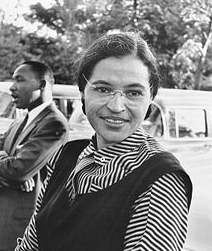 Now, where were we?

Next "jonction" blog : Monday 13th March
Posted by fatbusbloke at 02:00