But first, an apology.

The planned blog for today has been postponed. It turns out that resolving the "mystery" is more complex and more interesting than was, at first, apparent. Hopefully fbb will complete the research over the weekend.

And Talking of Research.
GoAhead, you may remember, bought Thamesdown Transport (Swindon Corporation as was) and the trade press announced that it would be part of Go South Coast. fbb wondered, idly, what differences would be seen on the new-look GoAhead web site.

Here is the panel on the group site covering Go South Coast. 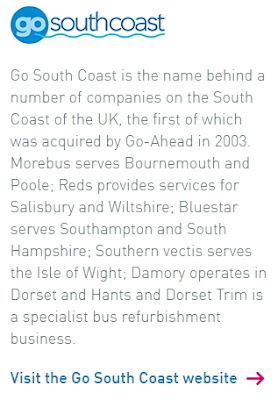 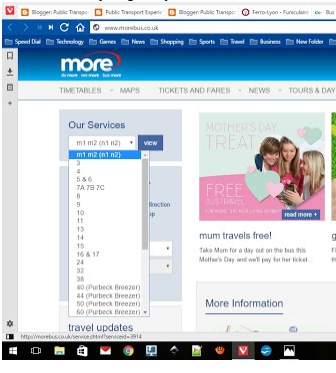 Nothing more than more.

... seems unchanged with only a passing note as to the new ownership.

Fair enough; GoAhead likes to maintain company identity, but you would hope that there is a bit more than more under the wing of Go South Coast!

Northampton Nastiness
Northampton County Council have had a great idea. Instead of having lots of offices for different departments spread across the town, let's bring everybody together in a swish new building.

Project Angel is the exciting new public sector headquarters situated in the middle of Northampton town centre just behind County Hall. This modern building will be able to house up to 2,000 professional workers and bring a minimum £12 million additional spend into the town centre economy. It will provide a modern vibrant office environment, whilst improving the aesthetics and function of an underused brownfield area.

And we are going to call it "1 Angel Square". Here is a picture of the development. 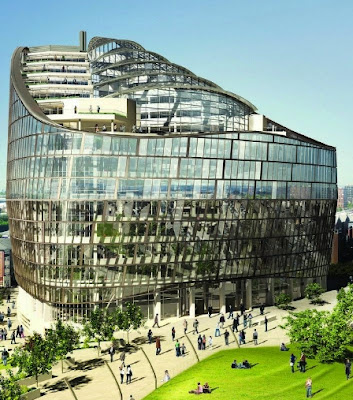 Erm, hang on a sec. the above is a picture of 1 Angel Square in Manchester. It's clever of the Northampton County Council to choose a non-ambiguous name!

Here is the Northampton edifice. 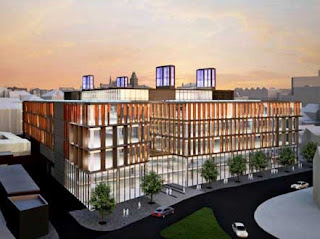 And it will look very pretty inside, too. 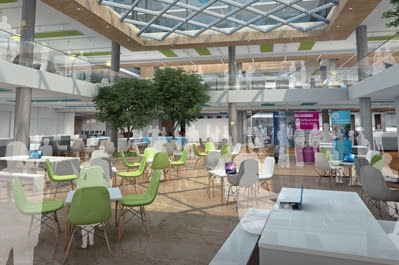 The internal design will continue to be developed over the next six months.

And here is the block as currently viewed by Google Streetview. Here is the north side ... 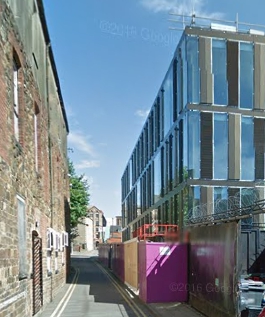 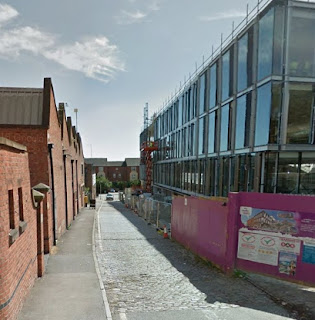 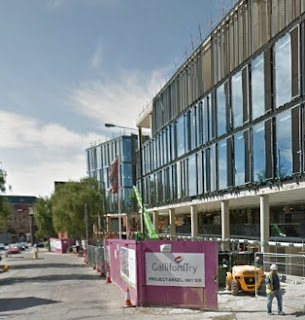 They are all what used to be called "back streets". So where will staff park their cars?

Can't agree so we aren't doing that.

St James, round the back of Franklins Gardens, an extension, as it were, of the current rugby ground parking site. 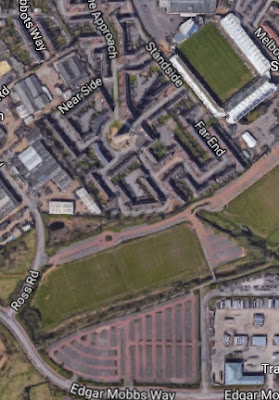 So people from the north and east of the town will have to drive through the town centre, along the already clogged St James Road or Spencer Bridge Road, to get to their car park.

And catch a direct bus to the new offices, a journey of just 12 minutes.

Through peak hour traffic jams? Really? And how many extra cars are expected in St James?

Speak up man, how many extra daily car movements?

Sounds like the planner have done a great job, then. No surprise there. For the record, this is John Dryden House, one of the sites which, presumably, will be moving to 1 Angel Square (in Northampton). 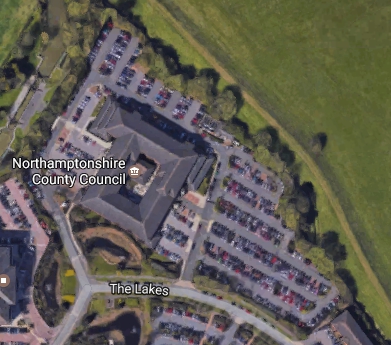 Travel South Yorkshire - Go By Bus
Our chums at TSY love the county so much they want us all ... 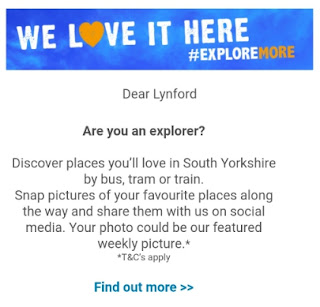 ... to explore more. One of the places in the current on-line promotion is Kelham Island. 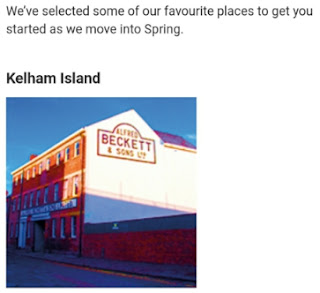 The factory as illustrated is not on Kelham Island!

The Island is, however, a splendid place, an industrial museum complete with Bessemer Blaster (non working!). 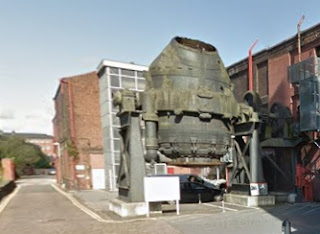 It is well worth a visit.

There is just one snag for the PR people who dreamed up this "promotion".

There is no bus service. Here is the TSY/Traveline journey planner offering ... 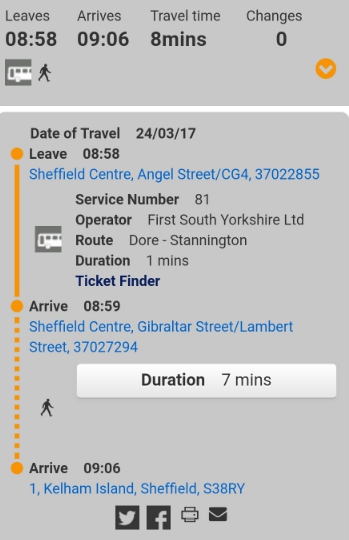 ... a one minute bus ride and a seven minute walk. In view of the road network, it is just as easy to walk from any City centre bus stop. 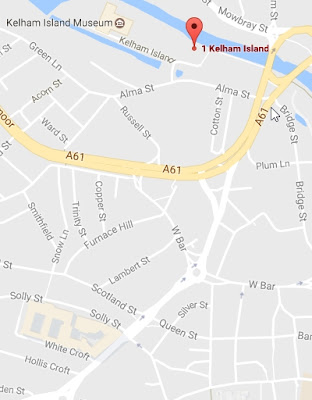 And a lot cheaper! 1 Kelham Island is an office block and unlikely to be of interest to Sheffield explorers.

It is unfortunate that the potential customer is obliged to obtain his route from a journey planner. Maps and, where appropriate, timetables would make planning  lot less risky.

fbb is indebted to blog reader Lynford for forwarding this little chestnut!

Next weekend blog : Saturday 25th March
Posted by fatbusbloke at 02:00