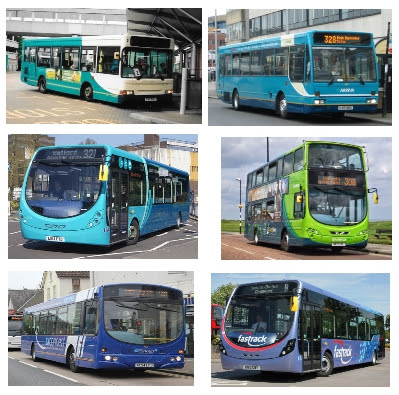 The logo is also familiar ...

... now with  reminder that the company is state owned but by Germany!

The company has just announced a livery "refresh". The two rings in the logo become three and the company name changes to a trendy font in lower case.

Versions have been designed in blue on white.

Buses have appeared in a different blue, close to a pure cyan ... 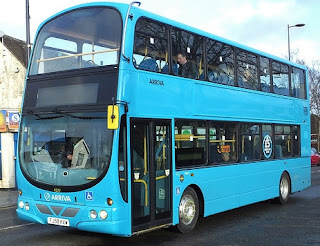 ... but with "normal" logo. fbb certainly hopes that the end result will be better than that. Surely the three rings on the new logo are both corny and cluttered; very disappointing.

Once upon a time, buses retained the same livery for years but Arriva has often strayed from its original swoop design. Livery and logo are always very subjective but your opinionated blogger is not impressed with either of these trendy new offerings.

Maybe we will end up with something stunning once the ideas have settled down.


But, talking of Arriva reminds fbb of a tricky incident in his distant past. The great Great Britain Bus Timetable was sponsored by contributions from all the big bus groups and fbb was asked to produce a page listing these. "Can you do the logos as well?" was the boss's request.

"No," replies fbb, "but I know a man who can." That man was No 3 son who had a gift for design and a huge skill at using the Artworks package on the family's BBC derived confuser.

The page was duly created ... 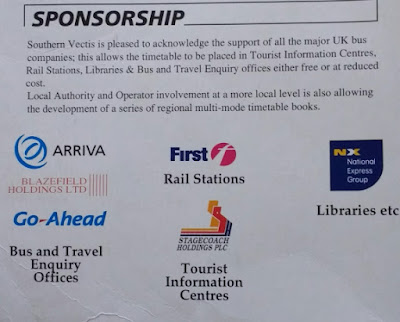 ... and the boss was very happy. But a man from Arriva wasn't. He was the company's "brand awareness manger" and he emailed fbb complaining that the logo was not accurate; the font for the word Arriva was incorrect.

fbb replied, politely, saying he would be only too happy to incorporate the correct logo if Mr Complaint would send him a suitable version compatible with the Artworks software. fbb also asked that, as well as concentrating on accurate logos, perhaps it would be a good idea if all Arriva companies routinely sent in timetables for inclusion on the book.

He never heard from the brand awareness manager again.

Spot the difference; GBBTT (ignore the blue tinge to the background and rings; the pages of GBBTT are a little faded and that's the closest fbb can get to aquamarine and white) ...

No 3 son did offer to make the top left corners of the A and I slightly rounded but the decision was that the effort was unnecessary.

Protect the Brand!
Companies do go to some ludicrous lengths to protect their brand. The Wellworth store in Dorchester ... 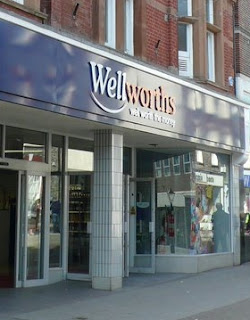 ... was told to change its name as it was too much like the shop's former owners (Woolworth) who had gone bust! Wellworths, sadly, eventually closed down.

The Skipton Pie Stop pie shop was ordered to remove its sign ... 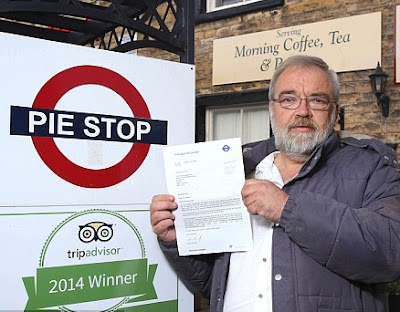 ... by solicitors for London Transport. Presumably they wanted to prevent Skipton residents from trying to catch an Underground train from the shop. fbb vaguely remembers a cafe in Glasgow being bullied in the same way. The cafe below escapes the wrath of LT, presumably, because it is in France. 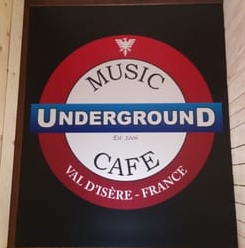 Whose Bus?
If a brand or a logo is powerful and consistent, the theory is that, together with the overall design, they should say something positive about the product. This leaflet ... 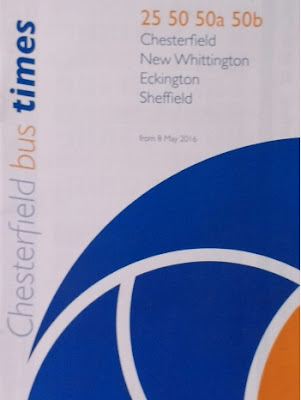 ... even with the company name excised, should convey the bus operator name. As should this, again with its logo removed. 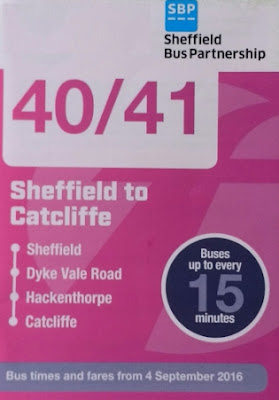 Consistency of design, use of corporate colours and, of course, the all-important logo all combine to promote quality and reliability of service.

Or so we are told.

We shall explore further tomorrow by taking a trip to Sheffield.

Right Information : Night Information
The Sheffield Night service 952 has started with a lavish two journeys on Saturday Nights (very early Sunday morning). Publicised, fbb believes, only to university students, the journeys at 0230 and 0330 do start from the city centre. Here, thanks to insomniac Sheffield newshound Roy, is the 0230 departure. 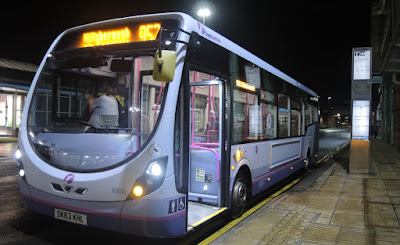 Note the large number of passengers, possibly encourages by the route number clearly displayed on the stop ... 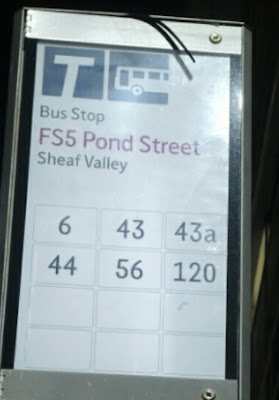 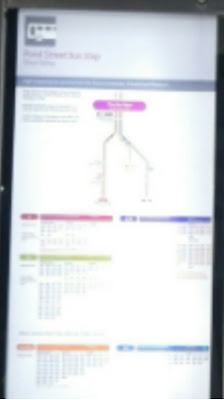 The internally illuminated frame does not photograph well, but fbb assures his readers, there is no two-journey departure listed on the panel. It doees show, however, a full lit of departure times for the 43, 43a and 44. Passengers joining these buses will enjoy a superb ride all the way from the stop illustrated above ... 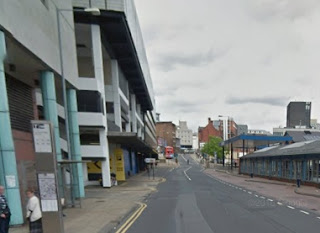 ... to their terminus a few yards along the road.

Passengers for the 952? Who wants them? Far too much trouble!

Thanks Roy for sending better pictures of the Flat Street stop, uploaded at 0915 this morning.