... every half hour Friday and Saturday nights.

That task is left to Park and Ride ... 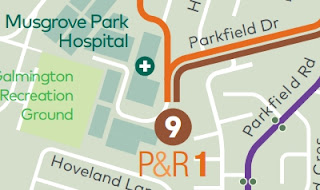 ... every 12 minutes Monday to Friday peaks; every 15 off peak and all day Saturday.

There have been other service cut-back, the most notable being the withdrawal of buses between Cannington and Minehead replaced by EDF.

Fares, reduced to compete, have been increased in three thumps ... 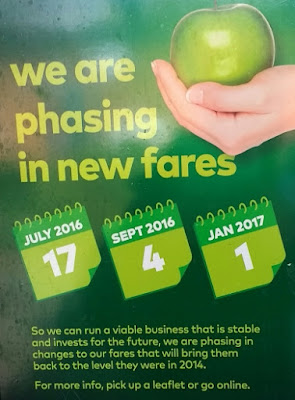 ... as shown on posters on many bus stops throughout the network. fbb could still pick up a leaflet at Taunton bus station and it makes interesting reading.

Phase 1 was the removal of some specific anti-Webberbus offers.

Phase 2 was a part increase in "rovers and seasons" ... 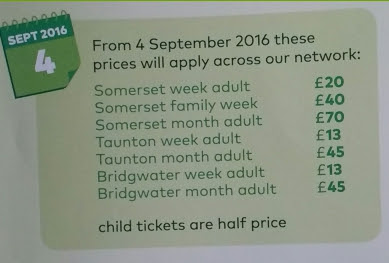 ... followed by a second increase in January this year. 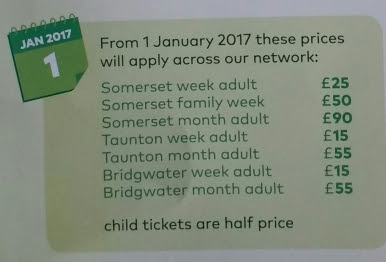 The explanatory leaflet was almost honest ... 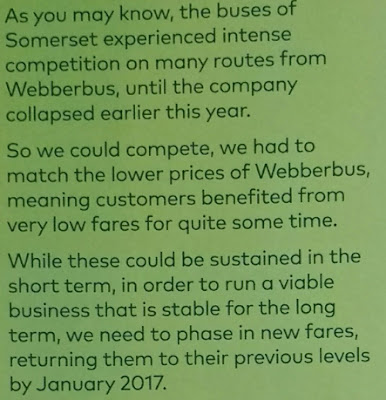 ... although that evil word "profit" and the even more horrid concept of "shareholders" did not feature in the explanation. It almost brought a lump to the throat and a tear to the cheek. 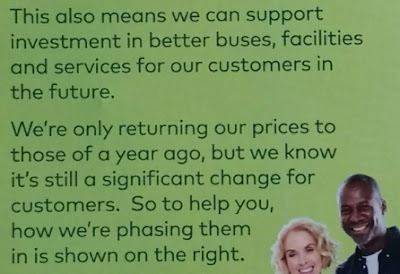 And the passengers (lower right) are still deliriously happy.

There will be those amongst our readers (and certainly some residents of Taunton!) who will shriek "competition brought cheaper fares, now they have rocketed. Three cheers for competition and a huge raspberry for profiteering First." But competition destroyed one company (Webberbus) and threatened the future of another (First). Not a good long-term deal for the passenger.

But, again and again, it's the small things that irritate fbb and sell Buses of Somerset (BoS) short. Here are a few titchy niggles. On fbb's bus from centre to the station he spotted a poster.

Impressive, eh? Every 15 minutes from Taunton to Weston super Mud. Except it isn't. 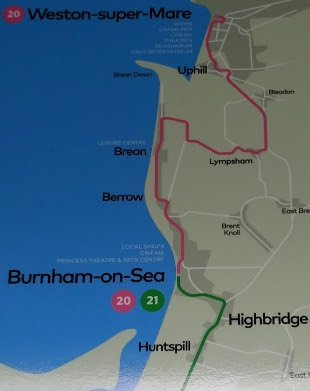 Service 21 doesn't run to Weston any more. It finishes at Burnham-on-Sea with the journey onwards in the hands of First West of England as their service 20. 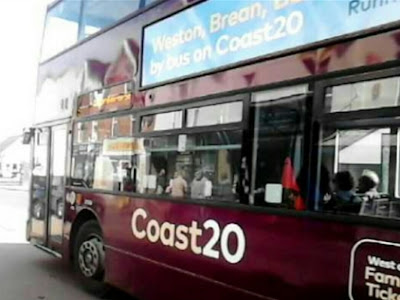 But it doesn't stop there. A stroll to the bus station reveals, encouragingly, that the maps displayed on the walls are up to date and of high quality. But there are no timetables on display anywhere. The departure lists are ideal for regular customers, but a stranger would like to know when they might get there, not just when they leave. 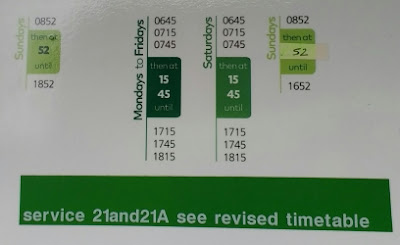 So where is the revised timetable? Simply solved, we go into the enquiry office and pick up a copy of the excellent BoS timetable book.

Only we can't. The enquiry office is closed. 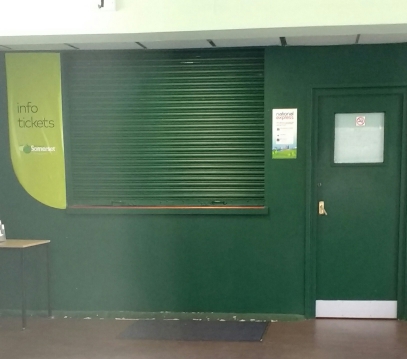 It was Saturday afternoon so, of course, there was no-one about but neither was there any indication as to when the unwelcoming shutters might rise again. The waiting room itself was open and warm but timetables there were none.

fbb has not seen a timetable book for ages and there is no copy available on line.

Perhaps First Buses of Somerset can't be bothered with helpful publicity now that competition is ended.

Silly fbb - it's all on-line. Whilst he was at Taunton bus station he saw absolutely hundreds, perhaps dozens, maybe a few; but actually nobody referring to a phone or laptop. 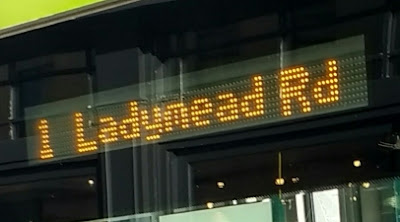 ... Wellsprings? OK, clever people and local people will know that they are the same, but why confuse people?

But in the bus park at the back of the bus station, fbb spotted an intriguing vehicle ... 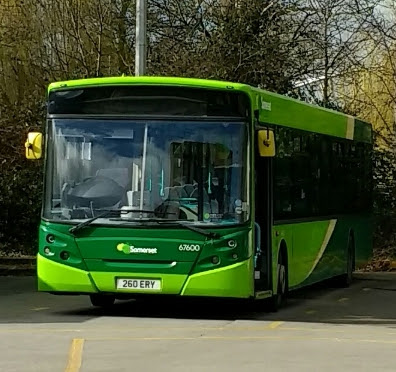 ... with an unusual registration number.

A quick repeat of an item added mid morning to yesterday's blog. 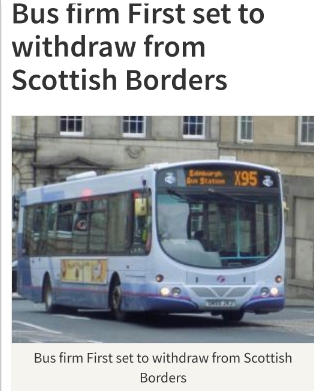 When fbb wrote about cut-backs planned by the big groups ...

... little did he know that this was on the cards. It is only a few months ago that First withdrew from all tendered journeys in the borders area and chopped back some mainline routes. The cause of this retrenchment would appear to be the new Borders Rail service. 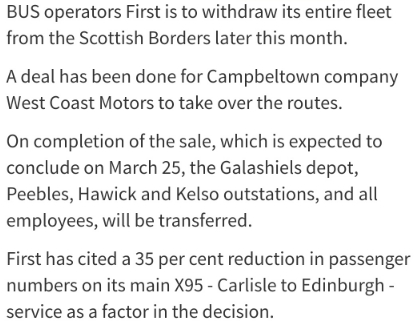 The mystery, however, is how West Coast Motors can cope with a 35% reduction in passenger numbers. Even with the lower overheads of the smaller group, surely a big chop is inevitable. 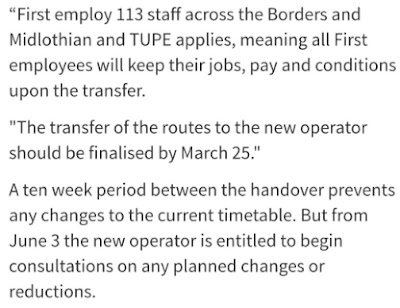 There will be more happenings in a few months, that is absolutely certain.