John was married to fbb's sister, later divorced (hence "ex-law") but has remained a good friend. Sadly John suffers from dementia and remembers little of his past life and nothing much of people he has known for years. But you never know what tiny vestiges of memory may be awakened, however briefly, by some form of contact. 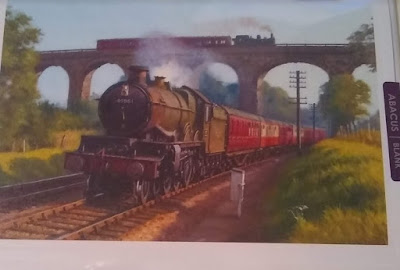 The note on the back tells you where it is. 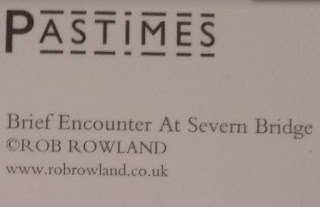 The Severn Bridge (actually the First Severn Bridge; today's motorway bridges are numerically Nos 2 and 3) dates from 1870 (?) and carried a railway across the river from Purton to Berkeley. Built to carry coal from the Forest of dean etc to the docks at Berkeley, it did carry a spartan passenger service. 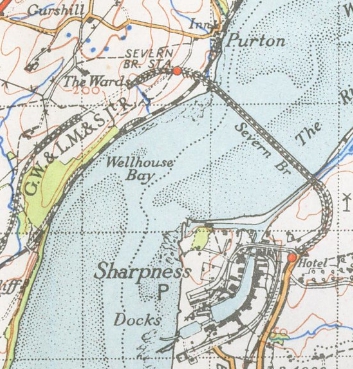 The bridge was struck by an errant barge in 1960 and was never repaired. It is hard to see how the line's directors ever thought that there would be traffic at Severn Bridge station. Purton was (and still is) a very small community. Nevertheless, here is a picture of station and bridge taken for an ancient postcard. 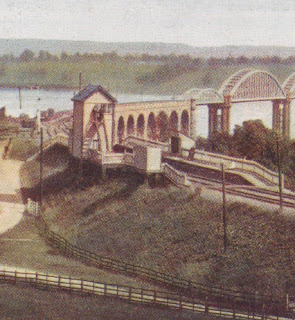 The bridge had two wide spans on the Purton side and a swing section on the Berkeley side ... 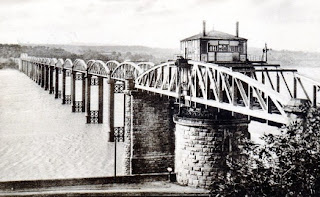 The "main line" in the picture carries trains from Birmingham to Cardiff ... 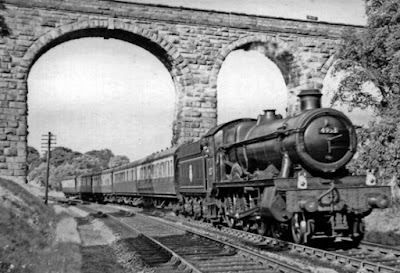 ... passing under the arches leading to the doomed bridge.

The access road to Severn Bridge station site is now private and gated. 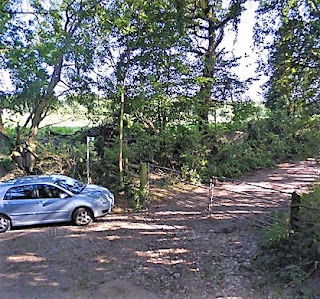 But Google aerial view shows a curve of tell-tale undergrowth leading round tom the river bank ... 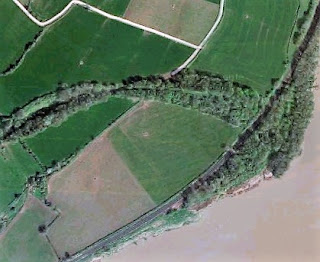 ... and a similar scar on the Sharpness side. 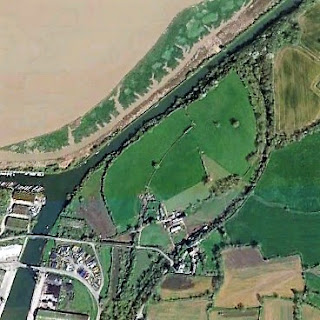 ... has many more evocative pictures of steam-hauled days on his web site - www.robrowland.co.uk

But with the best possible wishes - Happy Birthday John!

And More Nostalgia
This picture appeared from nowhere in particular a few days ago. 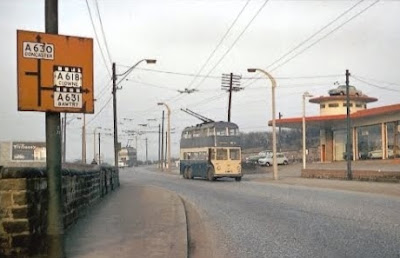 It shows trolleybi passing the "Mushroom Garage" at Dalton, Rotherham. The A630 is the main road to Doncaster; the right hand turn leads along Herringthorpe Valley Road and linked with the road to Maltby and Bawtry. The left turn led to heavy industry at Aldwarke.

but there was always a car on the mushroom; as it happens perhaps NOT always ... 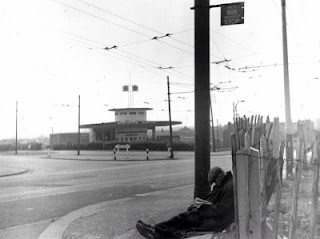 ... but certainly always when fbb rode past in his youth!

The garage has been re-fettled as has the junction ...

... almost unrecognisable; but the mushroom is still there atop the re clad car showroom. The view from the opposite direction, similar to the mushroom sans motor view above, may aid recognition. 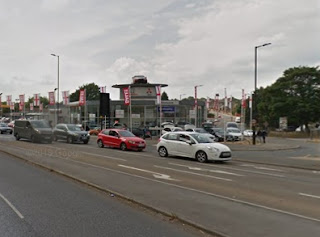 And how do the cars get up there? Is there lift inside? 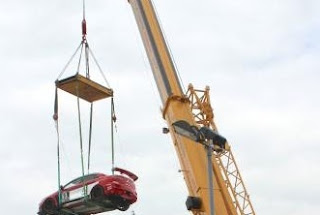 Nope; a car is craned on!

And Three Come Along (Not Quite) At Once
Sheffield Bus Partnership a k a Buses for Sheffield, One Bus in Manchester and - what's this? 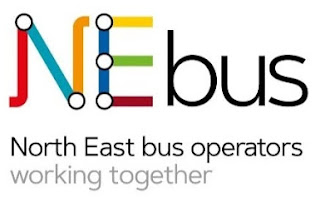 fbb searched for a web site but found only this ...

... which explained itself thus:-

It appears to be an organisation in Sweden deal with alkohol and droger which fbb thinks can be understood in most languages.

But, this coming Wednesday, there is an "event". 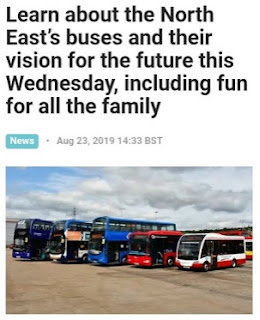 So NEBus has a vision - always a dangerous development - and seeks to share that with the Georgie populace. But how? 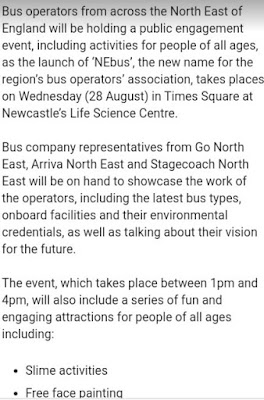 Sadly, it is a bit far for fbb to go; but he awaits a full report in the North East press in due course. Of particular interest will be some views on how "slime activities" will improve the regions bus services.

There fbb has solved it!

Good news At Gatwick
Or maybe not.

No 3 son "commutes" approx fortnightly between his pad in Eastbourne and his Europe residence in Basel. He sent fbb a couple of pictures showing onward travel information to be enjoyed and marvelled at whilst waiting at the luggage carousel. 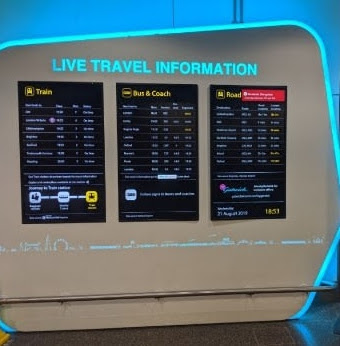 You could, presumably, run a little faster once your luggage had carouseled but, nevertheless, a useful reminder of options? Or perhaps not? 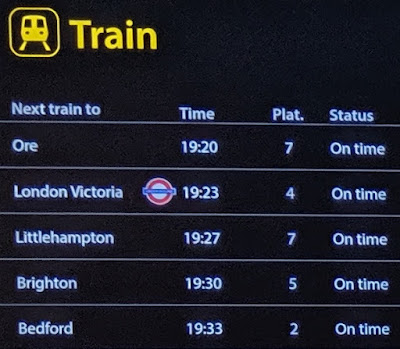 It only shows ultimate destinations so the 1933 to Bedford offers no indication as to whether it calls at London on the way. You have to know. Only trains to Victoria connect with the Underground, apparently.

Thanks, but not too many thanks to the data provider.

Bus and Coach was also misleading. 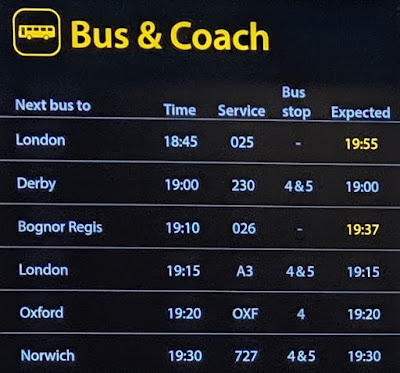 Not a single solitary bus is mentioned. Understandable when you spot who has provided this data set.

But, as the 1845 to London and the 1910 to Bognor are running late, the NatEx confuser cannot tell you which stop to aim for. fbb suspects that for London is 4 & 5. There is no plan showing where these stops are so the numbers are irrelevant.

Next to this display is another thingey. 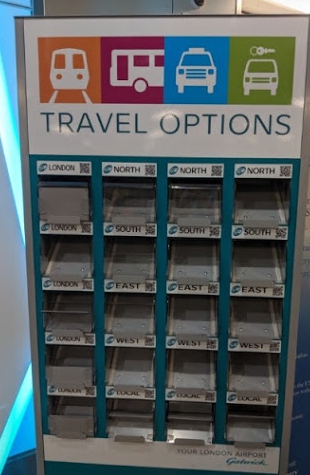 It has 20 cubby holes labelled by direction and every single pigeon hole was ....

Presumably you don't have any travel options; you must just stay watching the carousel for eternity.

Now that might make a good plot for a film! 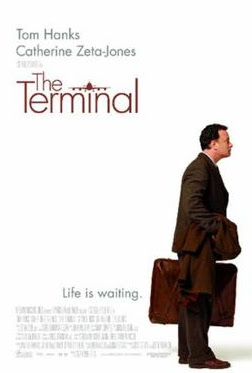 It stars a frustrated and disturbed Tom Hanks stuck close to the carousel ...

... with NO TRAVEL OPTIONS.


Next Banbury blog : Monday 26th August
Posted by fatbusbloke at 02:00