As a relief from work days poring over a steaming-hot confuser, No 3 Son likes to excurse a little from Basel and on Saturday last he wended his cheery way to experience something of the annual Waldshuter Chilbi. 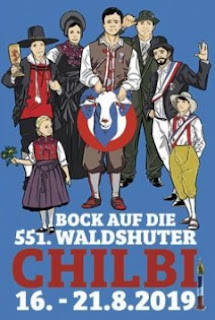 Similar to a whole series of Swiss and German knees-ups, this event includes music, dancing, street food, the consumption of a modicum of alcoholic beverages and various parades through the streets. 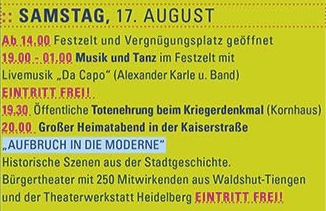 It is perhaps pointless to ask the question "why?" because any excuse for a week's celebration seems acceptable, however tenuous might be its historic justification.

This one is centred round a fat sheep. 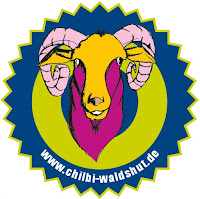 It goes back over 500 years to when the Swiss army was trying to invade Waldshut. The army laid seige to the town, thinking the people had very little food left and wouldn't be able to last very long.

One enterprising young man came up with the idea of fattening up one of their remaining rams, and parading it through the town. Seeing this, the Swiss army was fooled into believing the people of Waldshut must have enough food to last for a long time, why else would they feed their animals so well. So the army gave up and went home... and that is where the Chilbi event came from.

Of course it is nowhere near as simple as that. The "Bock" of the poster is even more illogical and appears to be an "invitation raffle" with the owner of the winning ticket PAYING for a lavish nosh for the great and the good of the town.

But at least that explains the logo (above), pictures of a sheep (not very fat?) being paraded through the streets ... 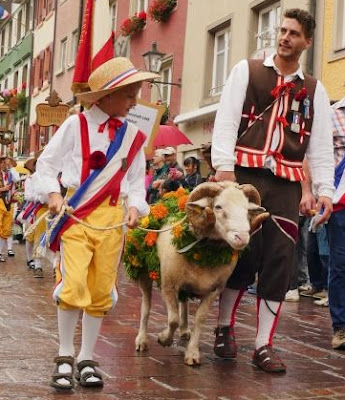 ... and the appearance of the occasional Waldshut resident dressed as the aforementioned fat sheep. 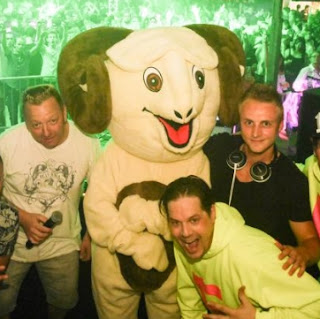 So where is Waldshut? 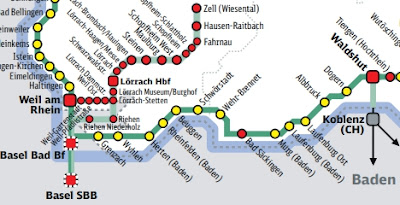 It is yet another of those towns on the banks of the Rhine that has "changed hands" repeatedly throughout history until Napoleon decided (apparently without consultation) that the border should be fixed along the centre of the river. 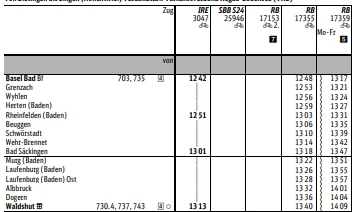 One express per hour continues to Singen and a half hourly headway serves the intermediate stops.

For reasons which are not at all clear, fbb and chum decided to travel by train to Rheinfelden (Switzerland) ... 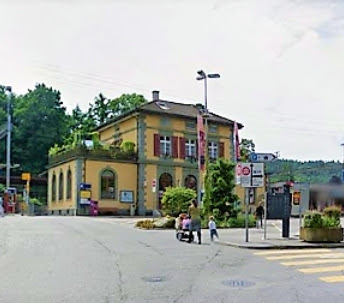 ... it is a brisk stroll across the old Rhein bridge (called imaginatively Die Alte Rheinbrücke) ... 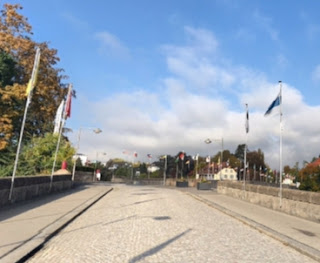 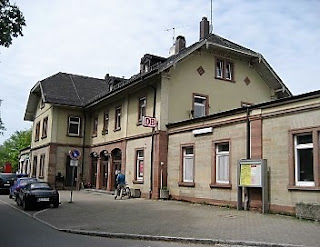 Regular readers of this blog will, of course, remember that local buses in both Rheinfeldens are operated by Deutsche Bahn. 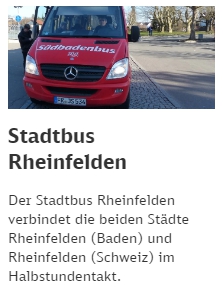 Remember the timetable? If only it told you which stops are actually in Rheinfelden! 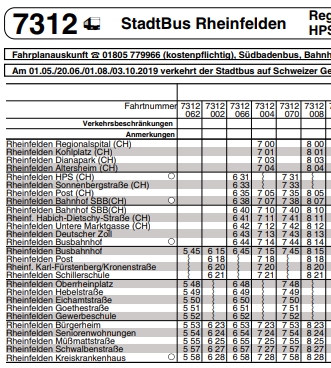 Only the red midibuses are allowed across the old bridge ... 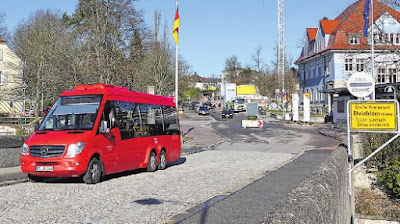 ... with all other motor traffic obliged to use the "new" bridge further west. Here be the customs posts which usually ignore cars, but where lorries have to stop and indulge in some entertaining paperwork. 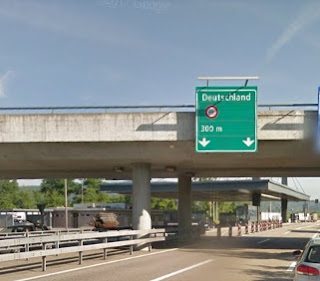 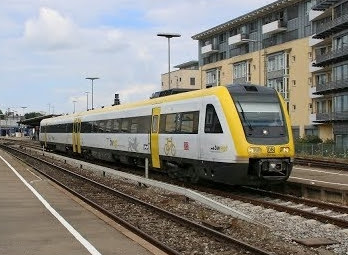 But, we hear our readers cry, the train is yellow, white and grey. DB trains are red, surely. 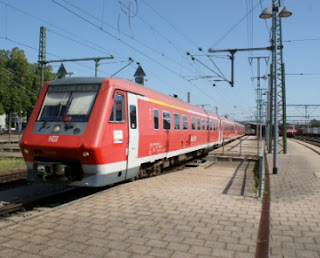 Indeed they are, usually. Is that a grey and yellow logo that fbb espies? 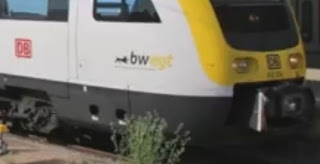 Yes siree, it is! 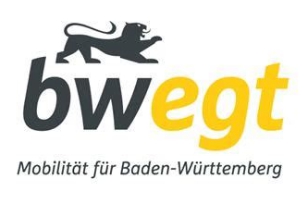 The Bad Würtemburg region has begun the process of full integration between bus an rail ... 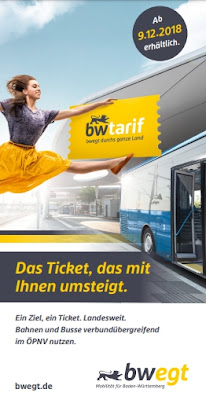 ... but only for those who can leap athletically between modes, apparently.

Everything comes together under one brand; a but like Buses for Sheffield but done properly and for real!

The language is just a tad beyond fbb's O level German taken in 1959 (!) - and passed - but it would appear to be a significant rethink on fares aimed at encouraging all travel including families and groups. 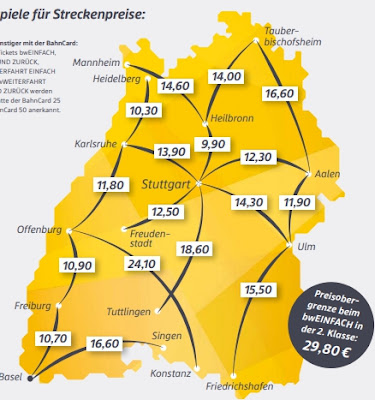 One particular deal caught fbb's eye and his ability to understand the lingo. Effectively a "cap" on any single fare of €29.80. How good a deal that might be depends on what an uncapped single fare would be, for example, from Stuttgart to Basel; presumably significantly less than the whopping summated €48.90!

No 3 son was not too impressed with Wadshut but intends to return to make use of a particular chunk of the town's public transport which will feature in tomorrow's blog.

By the way, Chilbi is pronounced Kilbi - which makes this blog's heading less alliterative and somewhat incompetent.

Next Waldshut blog : Wednesday 21st August
Posted by fatbusbloke at 02:00