A Better Chance At Chancet Wood?
fbb (in the company of a youthful Mr Fearnley) travelled on the first ever bus to Chancet Wood, a small infill "council" housing development off Greenhill Avenue to the south of Sheffield's city centre. 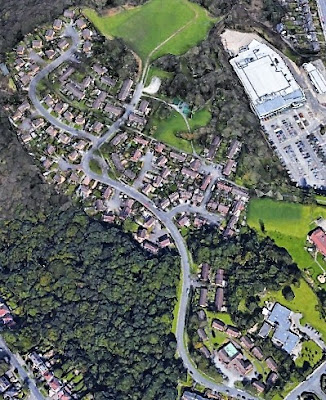 There is a splendid turning circle. 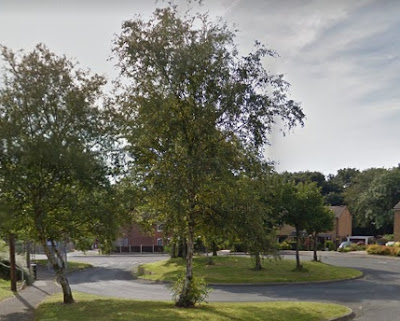 The service began as part of a complicated mini-network of routes from the north of the city via Petre Street then on southbound via Meersbrook. In its earliest manifestation there were five buses an hour in the core, but by 1985 this had reduced to three.

With the occasional withdrawal and subsequent re-instatement, the Chancet Wood service still goes that way, now as route 19.

From 1st September, the 19 is withdrawn (again), Meersbrook's service is halved to a paltry once an hour (expect huge local protests) but Chancet Wood has a reprieve. 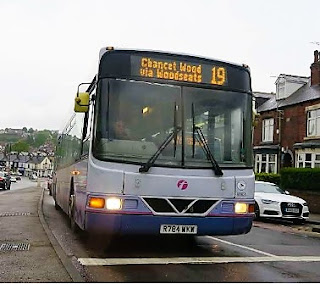 It will retain an hourly service Monday to Saturday (as at present) by dint of a First Bus cunning plan which will save the PTE some tender money. 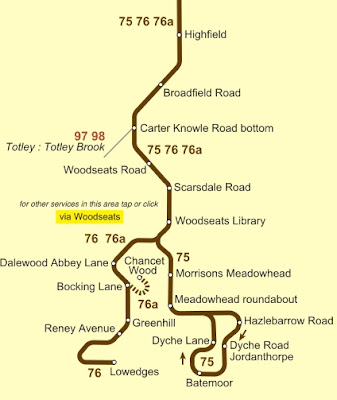 One journey an hour on the busy 76 will be renumbered 76a and diverted to Chancet Wood. This will give Woody residents access - for the first time ever - to the traditional main route into the city which it has never enjoyed before.

How Meersbrook residents will feel at losing their service to Woodseats (shopping and Library) is not yet know because, almost certainly, they haven't found out yet.

Hope for Hope?
By the time our reader is perusing this blog, it seems that the Hope Valley Line will have returned to normal, although the Buxton Branch is still closed. This means that the East Midlands local service (normally Northern) twill have operated for just one day.

Yesterday, the EM web site even included a timetable. Shock Horror! Zut Alors! Wonders will never cease. (Older readers may remember when timetables were always available for trains and buses) 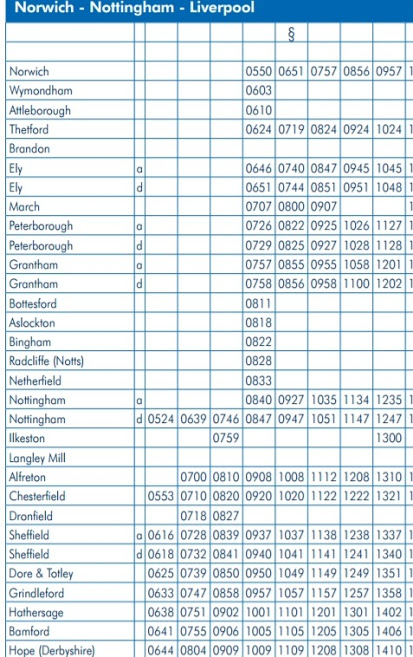 Has there ever, in the history of fings ferroequinological, even been a through train from Wymondham to Grindleford?

Sadly, this timetabular oddity will have only lasted for one day!

Rubbish At Rinignglow?
With the withdrawal of historic service 4 in Sheffield, the eager few who reside at Rininglow on the western edge of the city were, fbb gathers, resigned to losing their bus service for ever.

Not so, said the PTE, aided and abetted by First. There are those weird journeys from Dore into town (and back) numbered 181. 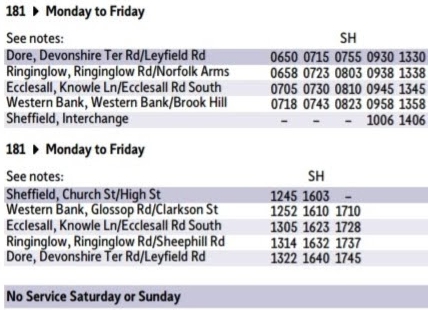 We'll send them via Ringinglow operating from Dore via Long Lane, quoth the PTE.

The road is called (and always has been called) Long Line. The PTE might have had the nous to check on a map, possible that produced by ... 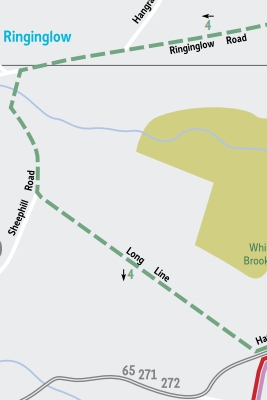 Or, of course, they could send young Gavin out on his bike to read the sign at the end of the road. 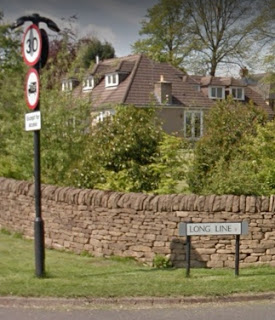 It is a very long straight road but fbb does not know its "sitz im leben" but "long line" is an adequate description. There are signs in the middle ... 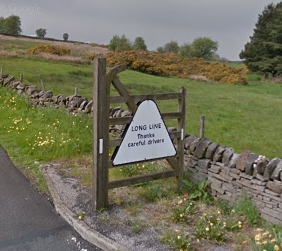 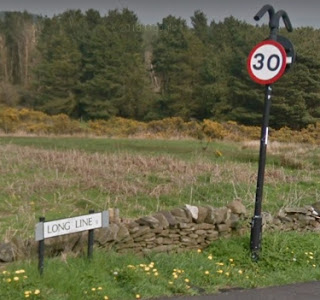 Via this tweak, Ringinglow gets MORE BUSES on Monday to Friday although not all run through to city. Sadly it loses its only recently re-gained Saturday journeys.

Ringinglow will return to grace this blog in a week or so.

But, back to the 181 timetable from Monday 2nd September. It is such a pity that the 0755 from Dore and the 1603 from Sheffield only run in the school holidays as they would be useful journeys to get to High Storrs school, The Girls High School, king Edwards School and the University.

Aha - fbb knows a little secret held back by the PTE in yet another Chris Tarrant style "we don't want to give you that!" policy.

Buses do run on schooldays similarly scheduled. They are diverted via Notre Dame High School at Ranmoor and run at slightly different times, but they are available to the public and noted on GoTimetable. 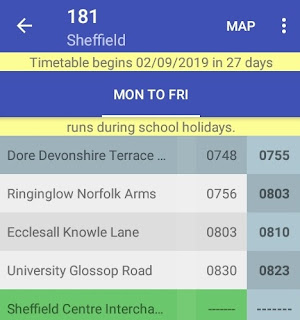 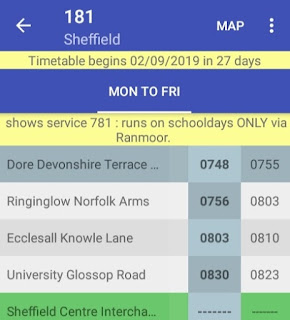 No doubt the PTE's sustainable computer-ruled system cannot work out that 181 and 781 should both be on the same timetable. Readers will not be surprised to know that First Bus (operators of 1812 and 781) are willingto admit to the schoolday variant.

With A Sigh of Relief
By the time you read this, a major update of GoTimetable Sheffield will be in place. (should be in place?) As well as most of the big changes (mainly reductions of service) the presentation has been upgraded to give users a simple verbal guide as to what is changing and what, if anything, replaces withdrawn services. 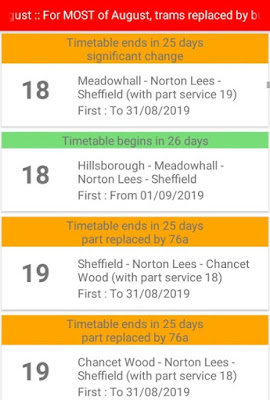 Not all services are updated yet, due to the failure of the smaller operators to respond to fbb's request for timetables; but at least passengers are warned the something is happening. 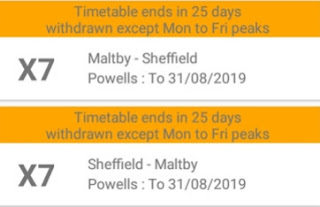 fbb thanks First bus and Stagecoach for their excellent co-operation in supplying data and answering fbb's incessant further queries. Also the technical team (currently in Switzerland on a consultancy job) for making time to process the data.

STOP PRESS - and maybe not! A last minute technical hitch has delayed the release. Explanation tomorrow.

Next August mini-blog - Thursday 8th August
Posted by fatbusbloke at 02:00