Farewell To An Old Friend (4)

From 1955 to 1969, the 31 remained resolute and stable but a couple of small changes did little to diminish the delight if this mountainous little route. 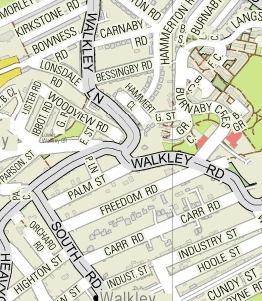 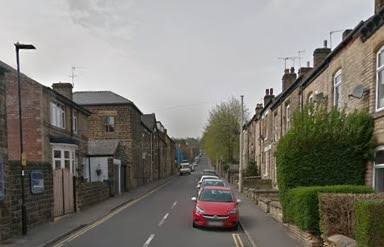 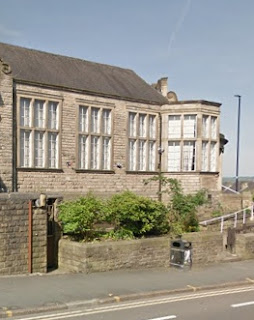 From here it rejoined the original route at Walkley Lane. Certain journeys were extended to a typical Sheffield destination, namely Roscoe Bank. 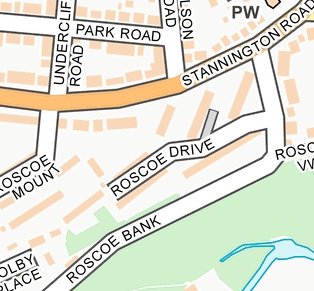 When tram replacement bus 88 was extended up Stannington Road, it turned by reversing into a side road called Roscoe Bank. 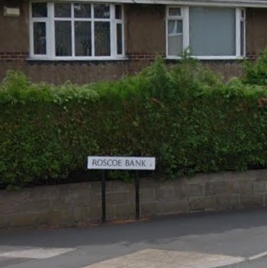 Later the buses used a loop of roads nearby .... 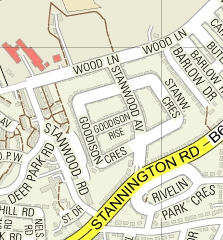 ... Stanwood Road, Wood Lane and Stanwood Avenue. But the name remained Roscoe Bank on the blinds and the road became a mini-district.

The service 31 trips ran at schooltimes to take the kiddies to Myers Grove (Secondary) School on Wood Lane. 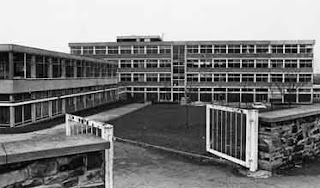 By 1985, under PTE rule, these journeys were still running.

The 31 frequency was generally every 20 minutes, reduced to every 30 early mornings and evenings. Notably, on Saturday afternoons, buses ran every 15 minutes, the most frequent headway of the week.

There cannot have been many routes whose busiest time was Saturday afternoon!

But also in 1985 we may spot the appearance of another newer service to tackle the climb from Hillsborough to Walkley.

The minimalist timetable (accompanied as ever in those happy days with a full list of roads served) fulfilled a number of "social" objectives. Remember we are still in the era of the People's Republic of South Yorkshire! It would bring better mobility to the significant area of housing between Crookes and Walkley and link these traditional areas to shopping at Hillsborough. (Nowadays service 52a fulfils some of that last objective) 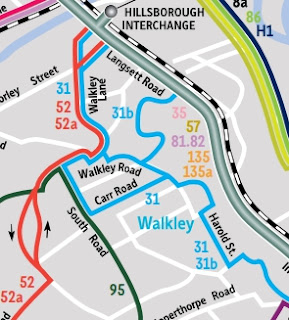 The routes would also serve a delightful wiggle of new housing to the west of Langsett Road. 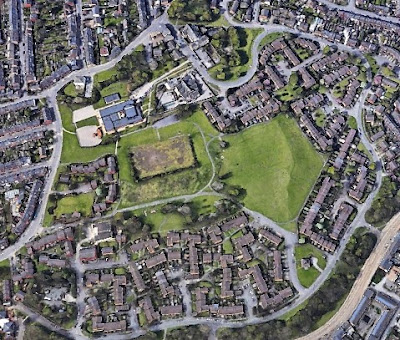 This route would never have been commercial and it was no real surprise to see the wiggle later incorporated into part of the 31. Buses used the traditional Whitehouse Road, Carr Road and Walkley (left and upper left)  then wiggled spectacularly, exiting onto Langsett Road bottom left in the Google Earth view above.

They became the hourly 31a. For the record, fbb should point out that "to aid reliability" the 31a eventually became the 31b, omitting Walkley altogether.

The 31 (original and best) remained untouched in route but only as an hourly service. The GoTimetable map shows the development and the present situation. 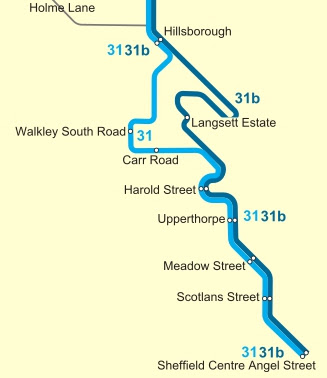 Whoops. fbb has just spotted a typing mistook - Scotlans Street. Must correct that PDQ before anyone else notices!

These blogs are pointedly about the "traditional" 31 but we must not ignore the fact that the route was extended to Wisewood and Loxley. 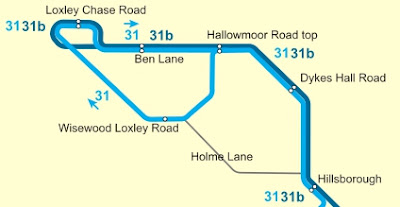 An extract from the GoTimetable data makes a better fist of explaining the vagaries of route for the 31b ...

In the good old days the 31 was home to two marques of bus that were of interest. There was Sheffield's only Leyland Olympic integral underfloor bus ... 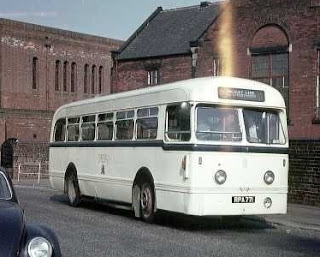 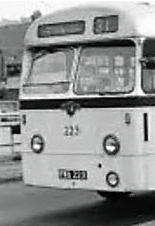 The THREE steps up were quite a challenge for some of the more elderly passengers from Lower Walkley, but, of course, there was always a conductor to haul you roof-wards. Later Leyland Nationals were the standard vehicle. 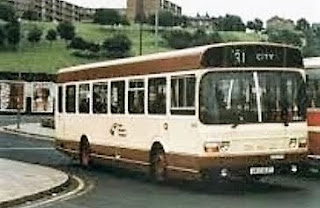 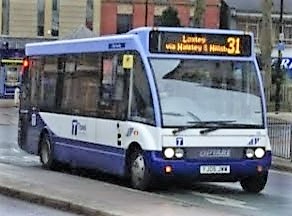 ... and tendered by Stagecoach in the evenings and on Sundays. 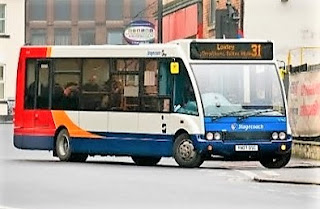 Which brings us to the changes from September 1st. In the recent "tender round", SCT has lost almost all of its tender work so the management decided that one (weak?) commercial route was unsustainable and de registered the daytime 31/31b

The evening and Sunday tender was not awarded because somebody (at the PTE? Possibly?) had a cunning plan to save tender money.

fbb will report what is happening at Wisewood and Loxley in due course, but the scheme for the "via Upperthorpe and Walkley" section involves NO REPLACEMENT for the 31!

An hourly service will pick up the 31b route by using a rambling route 135 that chunters up to High Green then buzzes off to Rotherham via Thorpe Hesley and Kimberworth. (click on the map for an enlargement)

Instead of leaving Sheffield via the main road top Hillsborough it will divert via the former 31b route. 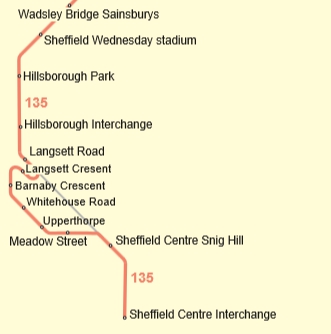 fbb recognises that the 31b and thus 135 does MOST of the hill climbing of the old 31, so the enjoyment may remain in part, but it simply won't be the same.

The end of an era.

Unless anybody fancies running a commercial 31?


Next electrification blog : Friday 2nd August
Posted by fatbusbloke at 02:00