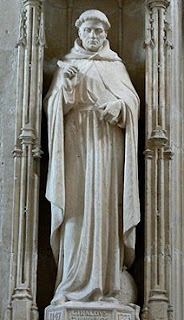 Gerald of Wales (Latin: Giraldus Cambrensis; Welsh: Gerallt Gymro; French: Gerald de Barri; c. 1146 – c. 1223) was a Cambro-Norman archdeacon of Brecon and historian. As a royal clerk to the king and two archbishops, he travelled widely and wrote extensively.


... writing in the 12th century, refers to the area as Danubia which may translate as "land of Danes" following the Viking settlements in that era. It is possible that an original name Dene developed from this.

fbb refers, as you all will have worked out, to the Forest of Dean!

The Forest of Dean is a geographical, historical and cultural region in the western part of the county of Gloucestershire, England. It forms a roughly triangular plateau bounded by the River Wye to the west and northwest, Herefordshire to the north, the River Severn to the south, and the City of Gloucester to the east. 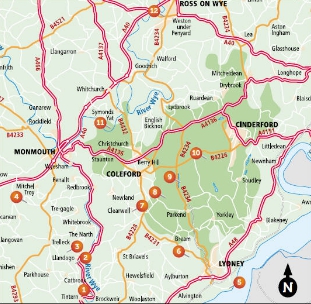 Links to the big bad outside world are made at Gloucester, centre right and Chepstow bottom centre - both just off the map above.

The major bus operator in the area is Stagecoach but independents can be found in various locations. Earlier this year, one such gave up the omnibological ghost and Uncle Brian the Bearded stepped in to save the day.

The expired routes were by Bevan Coaches of Lydney, which withdrew from traditional (and mainly tendered) stage carriage services numbered in the 700s. Bevans ran from Chepstow to Beachley, for example ... 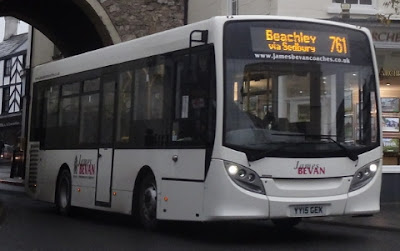 According to occasional correspondent Richard, whose information provoked this blog and tomorrow's, it is a rejigging of some of the ex Bevans routes that has formed the core of a major re-organisation of Forest of Dean services from 1st September. 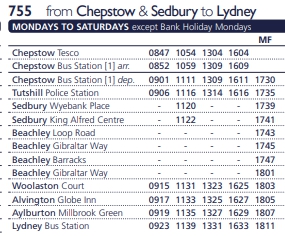 ... have been incorporated into the most significant revision of bus services in the area for some time.

First, the good news. The information is readily available on line and has been available in good time. The even better news, if you happen to be passing through Gloucester and can spot the hub, ...

... is that you can have paper copies. 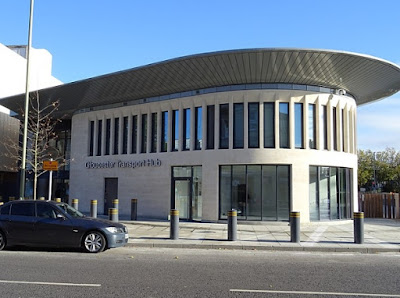 And the possible bad news?

The publicity does not make it clear how you get a timetable leaflet if you live in Lydney, Chepstow, Cinderford, Coleford etc. One might guess that "hubs" have long since fallen from the centre of "spokes" in most locations.

There is also an on-line map of the new network.

And therein lies the second bit of less than good news. 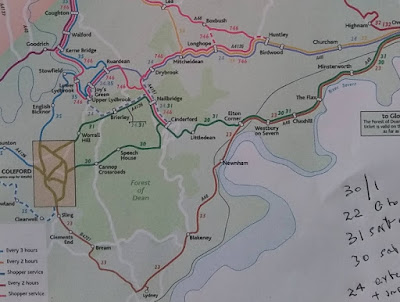 ... and the much changed new network. 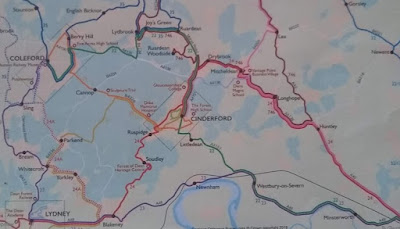 Both can be enlarged with a click. But they do look very different. That is because the new map has been rotated approximately 45 degrees clockwise.

A small and typical fbb "picky" point? fbb does not think so. Most people struggle with maps, and the different orientation, done for no obvious reason, doesn't help those that struggle.

fbb has unrotated it to show a similar shape ... 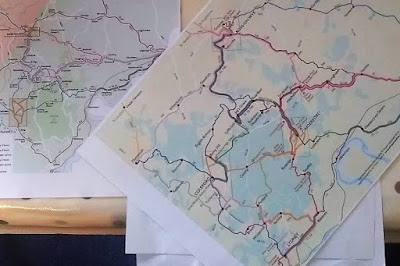 ... which probably makes it even more confusing!

Equally unhappy is the fact that the various villages etc shown on the two maps are not the same. 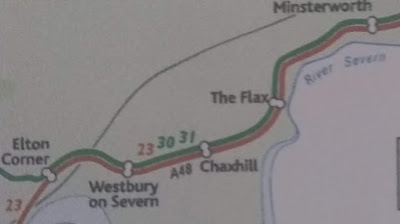 ... showing plenty of passing places; and here is the larger-in-size replacement ... 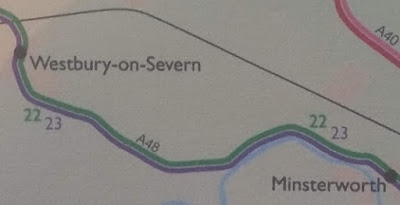 You might be forgiven for thinking that the cartographer of the new map simply did not bother to look at the old; or (more likely) Mr Stagecoach Gloucester did not bother to specify that similarity would be helpful to the public.

A useful rule of bus maps is that, as an absolute minimum, they should show the same "time points" as the timetable using the same names and then, where space is available, show any extra places, preferably in a different font.

But the A48 maps above may provoke surprise amongst blog readers who know the area and its buses better than fbb. 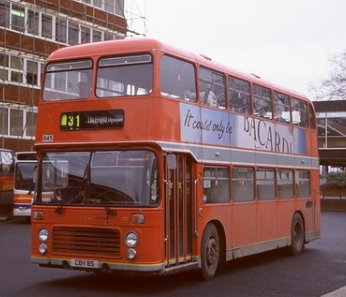 What has happened to the (relatively) long standing route 30/31? 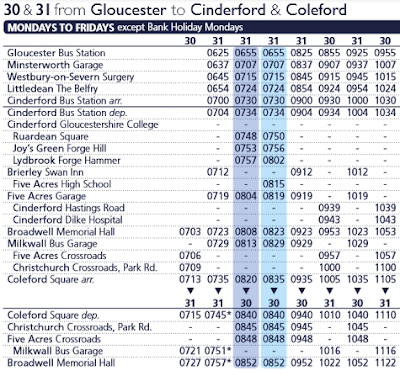 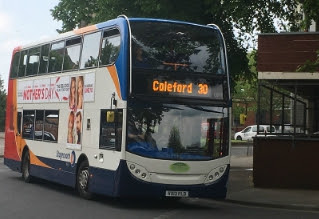 fbb will (try to) explain tomorrow.

The comment writer who complained recently that there was "too much Sheffield and Northampton" may like to consider these points.

2. fbb can only write about what he knows or has been told.
His crystal ball failed completely in 2010.

3. Today's blog (and tomorrow's at least) are from information received

4. fbb is only too pleased to receive information which might lead to a blog
and will use it if at all possible. Pictures help.

5. fbb does (despite opinions to the contrary) have a life!

Thanks to all who keep the old man informed.

Also : rumours are spreading that Stagecoach is about to unveil a "completely new livery" - shock horror! Pictures of any sightings will be gratefully received.