Taking a Break - From Yesterday's Blog 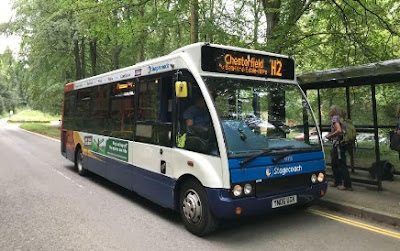 fbb's spies report that the big cheese of stagecoach Yorkshire (and Chesterfield) was out on the H1/H2 Hope Valley Explorer at the weekend. The fares mess has been resolved, in part, in that the day rider ticket at £6 does include the links from/to Chesterfield. The service is still a tour, not accepting any tickets other than the "tour" fares.

But reports do suggest that buses are carrying a "good" number of passengers.

Timing is, apparently, tight when the car driving majority and clogging up the roads and making turn-rounds troublesome and there are rumours of some timing changes to cope with this.

But the joy of a ride up and down the magnificent Winnats Pass is still worth the money. 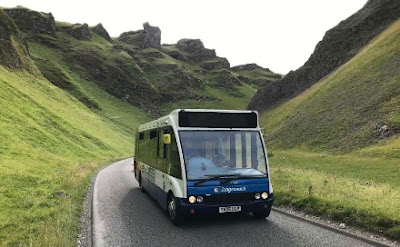 Manuel The Spanish Train
Surely a useful extra character for the Thomas the Tank Engine series? 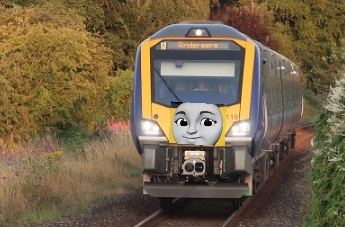 Both Alan (Northampton) and Roy (Sheffield) have both ridden on the new Class 195 trains in recent weeks and pronounce them of good quality. Alan was in the Lake District with some splendid visits and gorgeous scenery and reveals his class 195 at Windermere and Kendal. 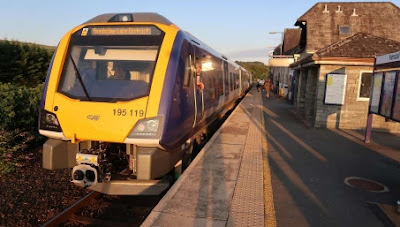 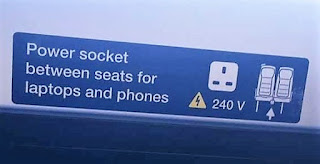 ... and a ludicrously small litter bin! 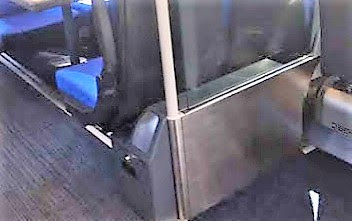 But worry not, advises Alan, there are still plenty of Pacers around to enjoy. 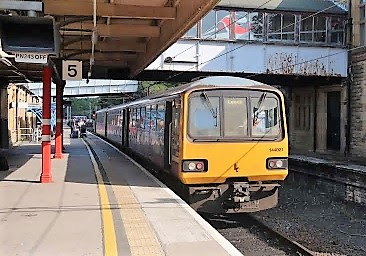 More From The Dam
Checking at 2000 yesterday on rail travel for today along the hope valley line. 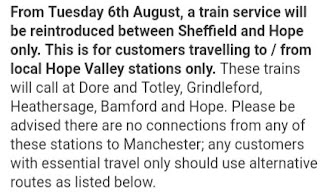 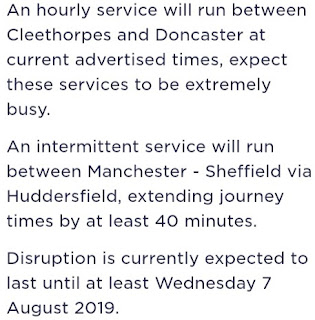 Trains via Huddesrsfield have been running since Sunday, but have been almost secret until sometime yesterday.

But seeking trains to Manchester Airport for today, Transpennine offered:- 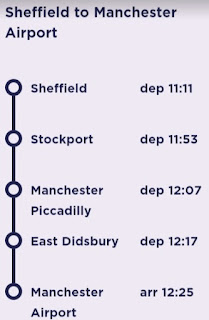 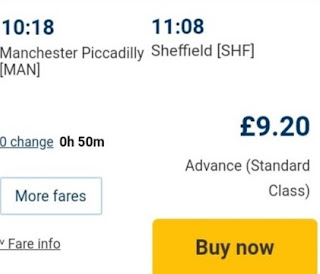 Still showing trains which simply could not achieve the "advertised" timings or run via Stockport.

As a Sheffield correspondent pointed out ...

It seemed much clearer using a blackboard and chalk.

Never mind - all together now - IT'S ALL ON LINE

Logo A GoGo
fbb has already started work on the "Rover" logo for the Isle of Wight bus museum.

A bit more work to be done on the dotty bits of the "O".

An interesting challenge so far.

If, by any chance, anyone "out there" has a vector graphics copy of the original, please send to