Back to Brackey : Bus and Builders (1)

fbb was writing about Brackley a little less than two years ago. For those that are desperate to read the three blogs again, please use the various search tools in Blogger; but, in essence, the blog pointed out that public transport in and to the town was poor.

Northampton Alan, wearing his Bus Users UK hat has paid a return visit and can report that in one small way at least there has been some improvement.

The former Brackley Central station opened in 1899, called central not because of any location but because it was on the Great Central Railway (GCR) or High Speed 2 as it was designed to be! 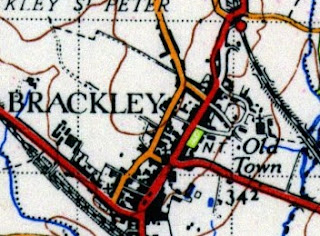 It opened with much civic pride and due jollifications. 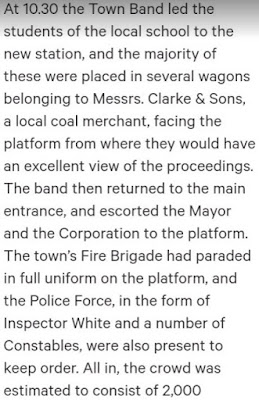 2000 was an excellent turnout as the town only had 2400 inhabitants at the time. It soon became known as "Top Station".

Its buildings were on the Northampton Road, there called Top Station Road ... 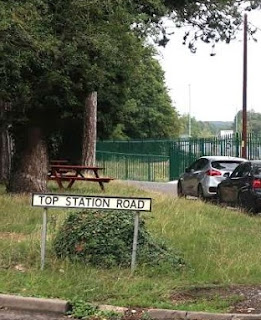 ... and from the modest appurtenances atop a cutting ... 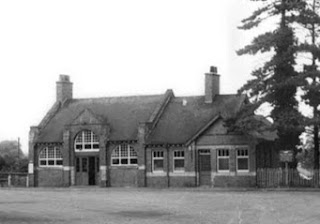 ... a footbridge led to the typical GCR island platform. 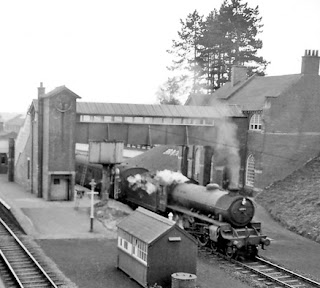 Everything at platform level has long gone, replaced by a miscellaneous worsksop/shed building. 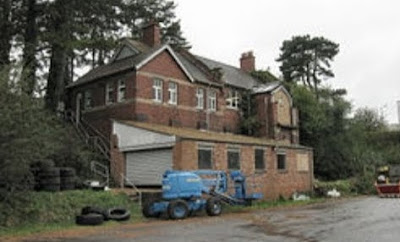 For many a year, the main building has been an ATS tyre fitting depot ... 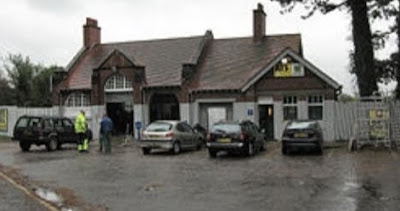 But all has changed, arguably for thee better. The building is now the splendid Brackley Central Cafe ... 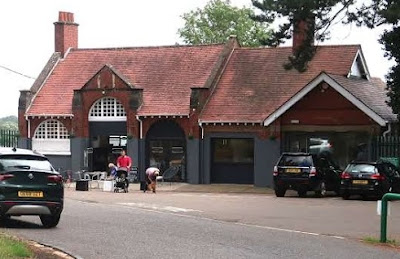 ... with the bashed holes filled with tasteful windows. Sadly it is not restored to its full GCR glory (?) but it is in a  happier state that its earlier use for retyrement.

Alan popped in for lunch. 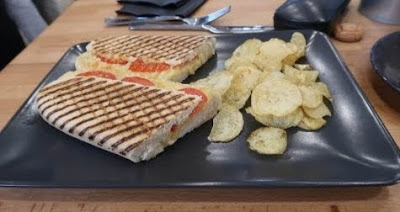 It was splendid and trendy; trendy because it had a square black plate! The caff specialises in umpteen sorts of coffee and home-made cakes and buns. 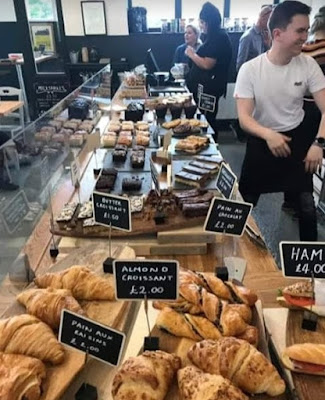 Equally trendy was its lounge area ... 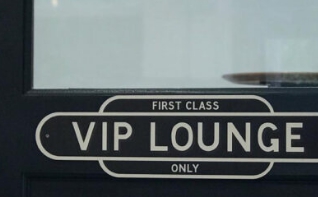 ... complete with comfy chairs, cushions and a triffid or two. 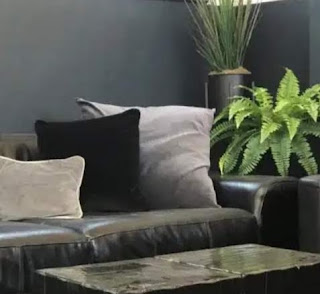 Alan's visit was at lunchtime and he reports that it was busy with happily chatting Brackleians tucking into their Pain au Chocolat whilst sipping a Mocha Latte Cappucino-Americano (?) with extra cream.

Of course that station is no longer isolated on the fringes of the town. It is surrounded by housing as described by Alan:-

Top Station used to be on the edge of town but is now surrounded by new housing developments with the usual twee names like Chestnut Grove and Poppyfields Park.

Chestnut Grove at Radstone Fields is a fantastic new development in Brackley, Northamptonshire that offers the very best in relaxed rural living. This stunning development boasts a wide range of 2 - 5 bedroom homes with the perfect balance between vast countryside and convenient transport links close by.

The Brackens is our established community on the edge of the historic market town of Brackley. Offering you relaxed rural living with excellent transport links attracting families, first time buyers and professionals.

Alan also points out this on-line quote from a developer.

The nearest railway station, Kings Sutton, is located just 6 miles west of the town, offering services to London and Birmingham.

So we need to go to Kings Sutton!

We will save that excitement for tomorrow. In the meantime another excitement! Travel South Yorkshire (the PTE in heavy disguise) has published new on-line route maps BEFORE the big timetable change on 1st September.

Sheffield bus watchers are now eagerly keeping their eyes peeled to see if paper copies also appear before the date of horrors.

Everything looks right but fbb has a few minor niggles to keep him (un)happy.

The dis-membering of partnership routes 1 (Stagecoach) and 1a (First) is not well explained cartographically. Visually they still appear as one route group.

The routes are significantly different in the Gleadless Valley ... 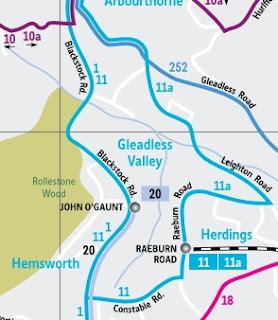 ... ditto between the join (top left above) and the city centre. 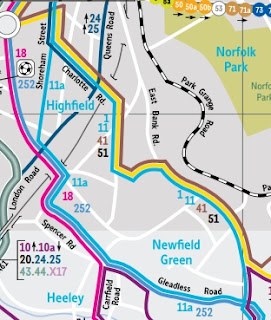 To emphasise the lack of partnership, and the lack of a co-ordinated timetable. they should surely be shown in different colours, one for Firsts 11/11a and one for Stagecoach 1..

Conversely the two routes 6 (different operators, different times, no link in the city centre) are shown in different colours. First Bus 6 to Darnall in green ... 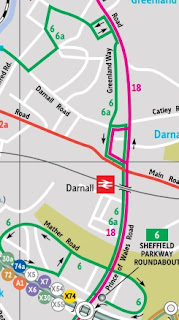 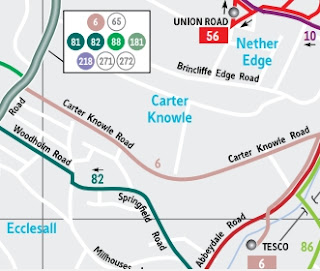 Perhaps at the next change they will have separate route numbers as they now have nothing in common. 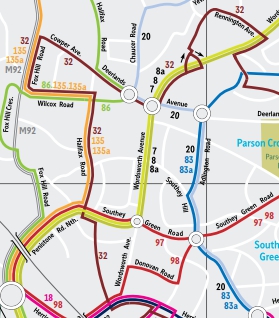 ... not surprising as it is a weird collection of historic bits cobbled together to make a viable (?) service.

Back to darkest south Northamptonshire tomorrow.