The keen modeller could buy a blue Coronation class loco plus some blue coaches to make a partial representations of the train which started running in 1937. These have appeared in various forms over the years and usually consisted of a loco and three coaches in the blue and white streamlined livery. 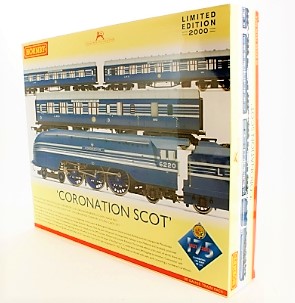 Or was it silver?

No longer in production, today's prospective purchaser could buy second hand; and there is plenty available, loco and coaches at widely variable prices. 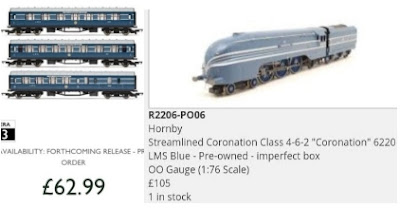 But what about the set in LMS maroon with gold stripes? 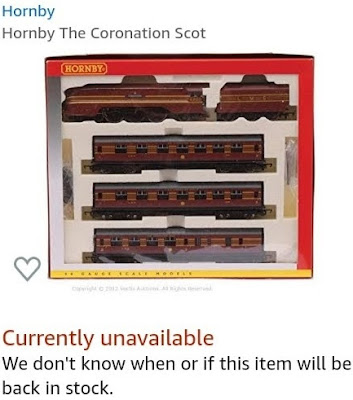 No longer available but, apparently, also obtainable in "bits" "pre-owned"?

Not only are they always more expensive (often horrifically so as we saw yesterday) but inevitably the coaches are tagged as being "out of stock".

It is, in some ways odd that this "red" train should be more popular and thus more pricey because it actually never existed.

After building five blue streamlined engines, the LMS announced that it had a further five under construction but, like the Hornby model, in maroon and gold. 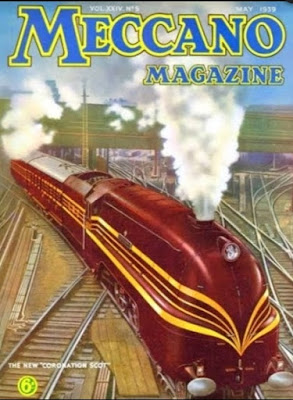 ... showing the train powering our of Euston's platform 1. The picture is remarkably similar to one of a blue train ... 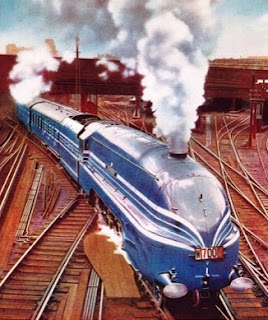 ... doing its stuff in a copy-cat manner.

In 1939 LMS added a big headlight and a bell to the front of red 6229 Duchess of Hamilton and renamed and renumbered it to 6220 Coronation. 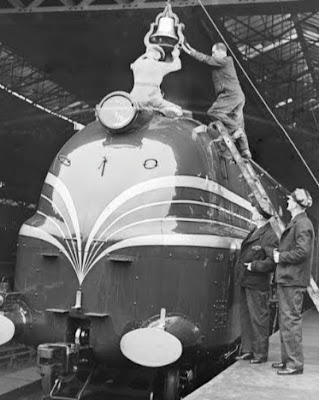 The loco was duly shipped off to the USA ... 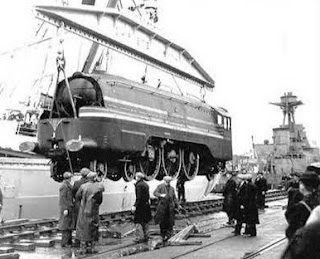 ... together with a set of coaches, also in maroon and gold. Some were articulated in pairs and all were given a valance below the solebar to accentuate the "streamlined" image. 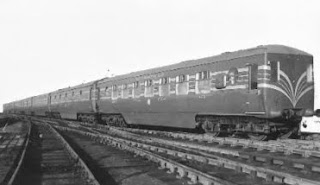 It even had a poshed-up back end! At least one photo on-line shows canvas "curtains" between the coaches, again (but rather crudely) designed to make the streamlining more of a stream! 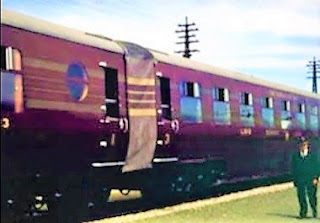 The train toured various sites and then took its place at the main exhibition as a static display. 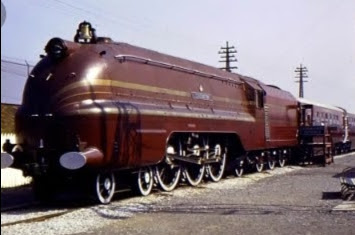 There was a very detailed information board provided ... 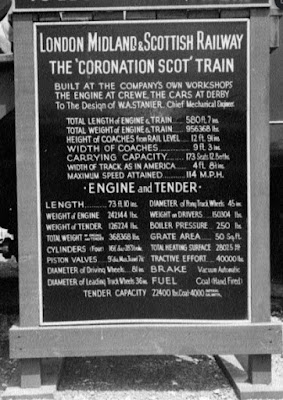 ... and visitors were invited to walk through the carriages to experience to luxury of rail travel in the UK.

But a nasty nazi little man was causing great distress in Europe and war was declared. The maroon Coronation Scot was marooned! The loco eventually returned to Blighty in 1942, the coaches a while later.

But a blanket speed limit with "is your journey really necessary" for the duration and nationalisation soon after hostilities were concluded meant that slick streamline expresses never returned to the UK rail network.

A maroon Coronation Scot clone NEVER operated in the UK and NEVER carried paying passengers anywhere in the world.

The National Railway Museum owned (4)6229 in preservation and arranged to have its streamlined casing rebuilt. 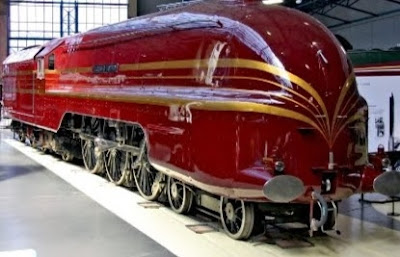 It usually sits with a "matching" LMS coach ... 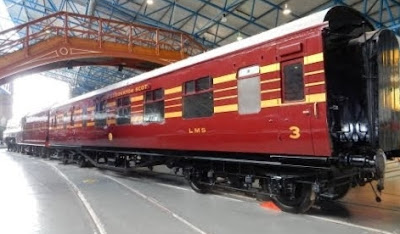 ... which is nothing like anything which went to New York. 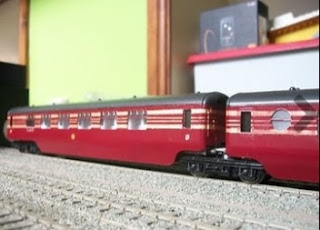 ... which look the part, 'tis true, but fbb can find no clear on-line evidence that they are totally authentic.

But we can only imagine what such a train would have done for the struggling post war railways had it been retained and used "proper-like". 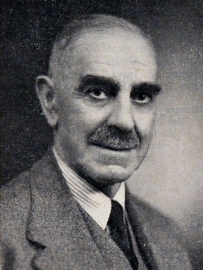 ... opined that streamlining was of no practical use whatsoever, but bowed to the LMS publicity machine, saying; "we'll build them five as they want" ... 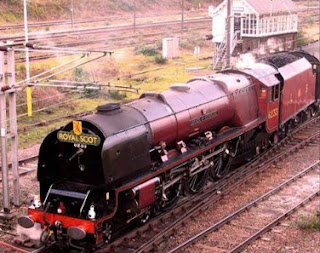 fbb ends with couple of snaps of the train "on tour" in America. 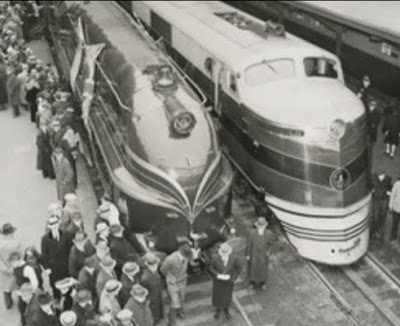 It does look small against the yankee giants ... 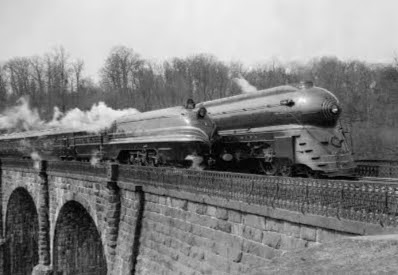