The excesses of the Model Railway business never cease to amaze the chubby one. You would think, perhaps, that Thomas The Tank Engine models were just for the kiddies. Alas no; there are serious (?) collectors of the models including several saddos (it takes one to recognise one!) who seek to acquire every version or every "character" from the stories.

Which brings us to Murdoch. He is, we are told, the "Gentle Giant" of Sodor's rail network, having been drafted in from "the other island" to cope with heavy freight trains. 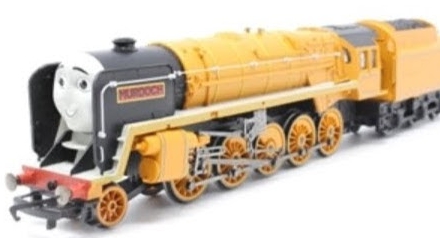 He is, of course, a BR standard 2-10-0 9F and was modelled by Hornby a few years back. A "Murdoch" collection would total 7 versions. 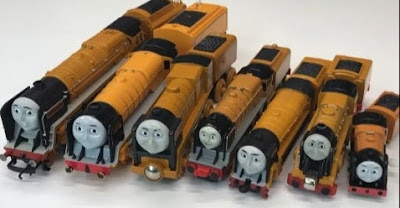 The particular collector or of the seven above wrote with near delirious excitement that he had just been sent the missing model. The Ertl 9F is about as much like the real thing as fbb is like an Olympic athlete; but, no matter, it is needed to complete the set.

If any of our readers are contemplating starting a new hobby of Thomas' Friends in all shapes and sizes, beware of Murdoch. He is currently on offer, pre-owned from of Widnes ... 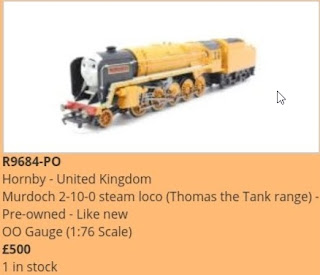 Or, via the interwebnet, you might be able to source a brand new boxed Murdoch at an equally challenging ... 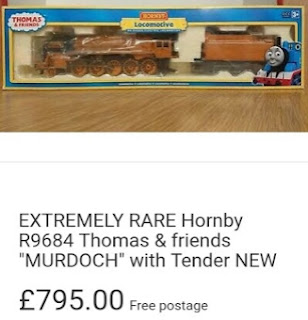 fbb's suggestion is that you should by a bog standard second hand 9F ... 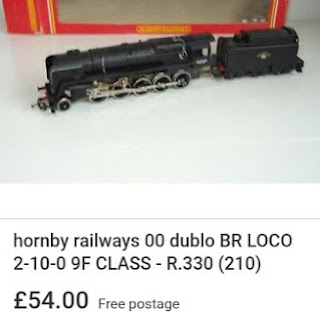 .
... and a pot of mustard coloured Humbrol enamel, total about £57 and thus far less OUCH!

If you were really picky, you could buy the black 9F and PAY a professional modeller to paint it - you will still save hundreds!

But it wouldn't be the same as the real thing, would it?

And, Talking Of  Paint
A twitterer has posted a picture of one of East Midlands Railway's repaints into Episcopal purple. 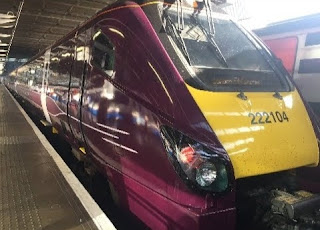 It looks quite nice clean but fbb does wonder how well it will be after a couple of years thrashing to Sheffield and back. But it brings back memories of Midland Main Line ... 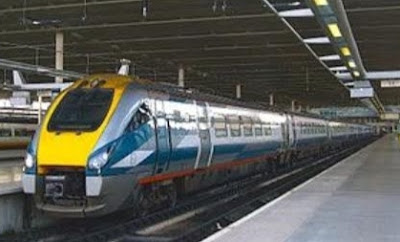 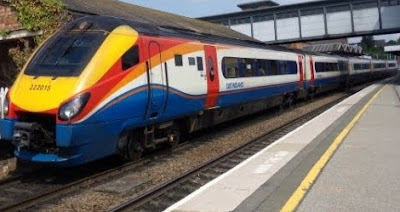 ... swirly but splendiferous. The Midland's "Meridians" are simply Voyagers on a different line. Clever Mr Branson register the name to himself, so no one else can call then Voyagers. 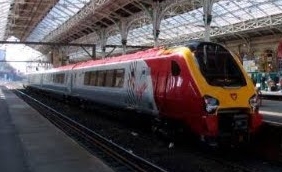 The Virgin livery was born in the age of "paint everything trendy grey", but it still looks better than the messy Arriva Cross Country colours. 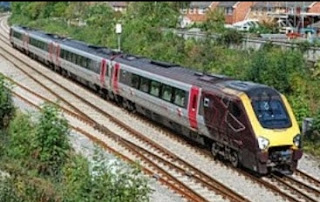 But fear not, Mr B has started repainting his West Coast diesel hardware to match his Pendolinos. 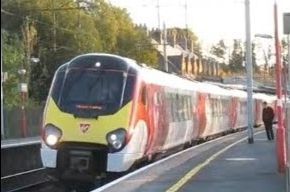 If he gets a wiggle on, he should have them all done just in time to hand over to First Group in December.

Anyone for a Barbie Voyager?

The young lady that twitted the East Midlands example was particularly impressed as the trains matched her shoes. 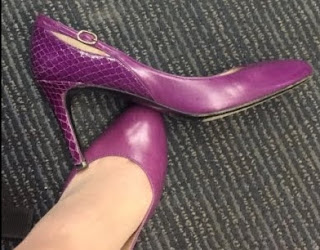 Now there's an idea for spiffingly jolly merchandise; a p[air of shows in the same livery as the train you travel  on.

How depressingly sad. But problem solved - move it "en bloc" to a new heritage site. 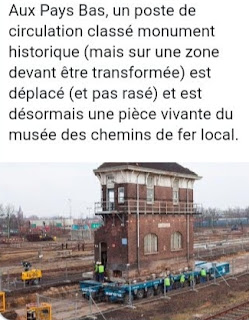 Meanwhile in the UK, notwork rail has been to the giant toyshop somewhere in the Midlands and has bought some new bits of track. Why bother with all that fag of cutting sleepers, getting the mega hacksaw out to trim the rails and walloping all those spike through the chairs?

Following the lead of fbb with his model railway!

Just collect one junction that is bespoke and "off the shelf", albeit a very big shelf ... 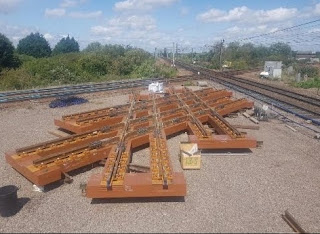 ... and, one quiet Sunday, drop it into place. Seemples!

The UK railway network has very few level crossings (unlike the road network which has too many!) and this one is at Newark. It is where the line from Notttingham to Lincoln crosses the East Coast main line a smidgen north of Newark Northgate. 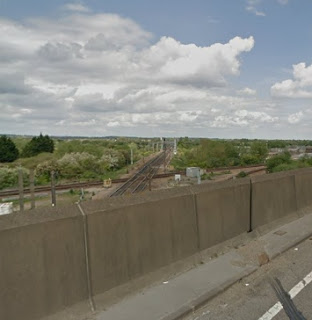 Crossings get really hammered (literally) by the trains and wear out all too quickly. Maybe notwork rail should have a spare set in a cupboard somewhere?

Brian's Buses At Bedford
Recently a "do" was held at Uncle Brian's bus garage at Bedford. 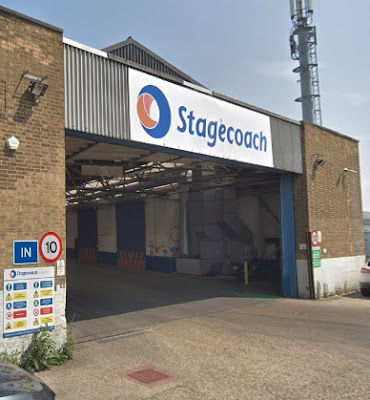 Northampton Alan was there, of course (the lad does get about) and photographed three example of Stagecoach nostalgia.

And here they are!

How quickly we forget!

One interloper was an fbb favourite all the way from the Isle of Wight, an Olly now in the hands of Diamond Coaches pf Rushden. 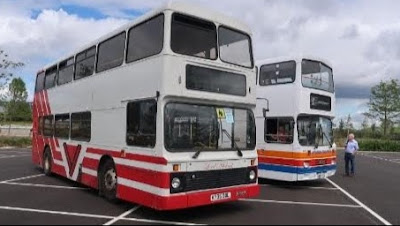 Like Voyagers/Meridians, this vehicle has appered in a wide variety of liveries. 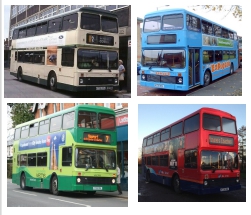 Diamond's is, arguably, the least attractive.

P.S.
A better picture from a different twit writer. (see above). 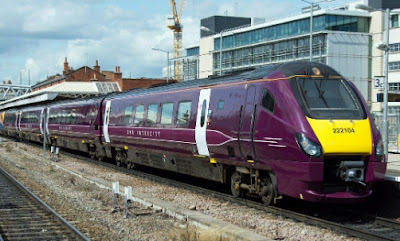