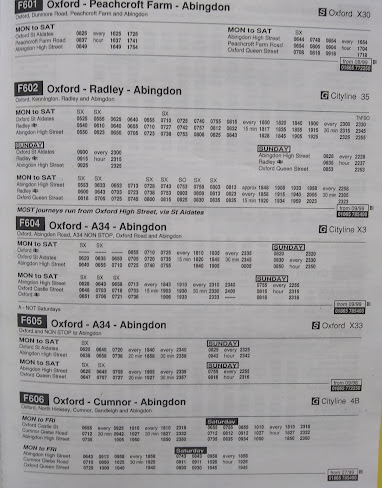 Conveniently, one page in the Great Britain Bus Timetable lists the bus services between Oxford and Abingdon. Oxford Bus was then Go Ahead's Cityline ... 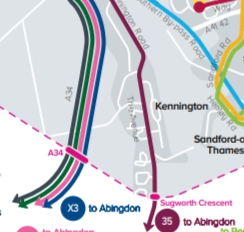 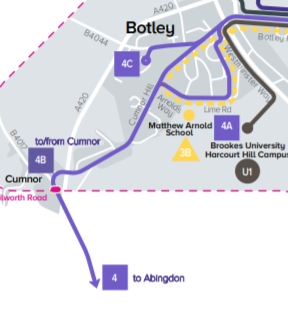 ... but reduced from every 30 to hourly.
Stagecoach X30 and X33 which, together provided a further four buses an hour, have gone completely but the stops are, of course, covered by City Bus services.
Stagecoach still links Oxford to Abingdon as part of its services to Wantage. 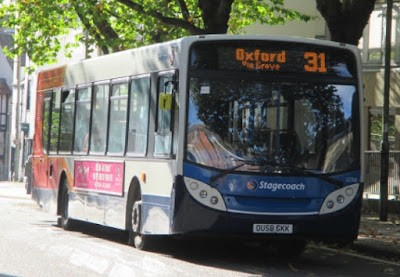 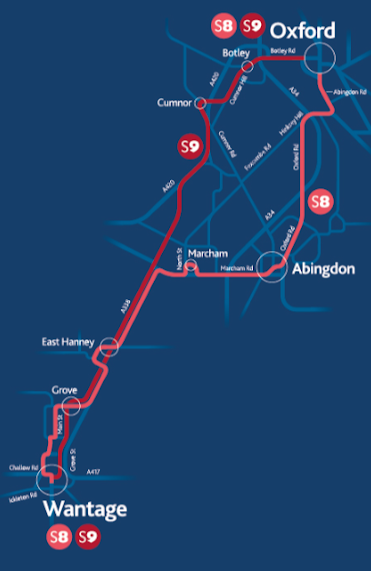 ...which no longer exists in the above form. Also of note for later is the Cityline 35A, being 35 journeys via Radley but continuing to Didcot.

So, if we recognise the disappearance of direct (and wasteful) competition from Stagecoach, Abingdon's main services from Oxford have remained reasonably stable overall.
When fbb first stood in bus-watch mode on Stratton Way, Abingdon about 15 years ago (maybe less - that decaying memory strikes again) there was a fast bus every ten minutes to Oxford. 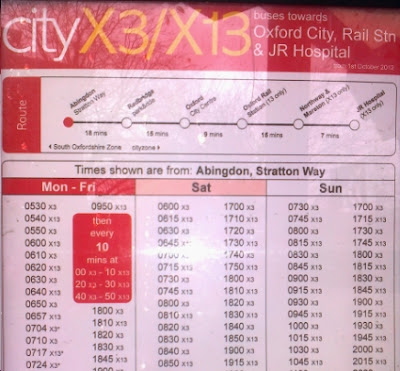 The lavish route diagram suggested that the X3 ran to Oxford City only, the X13 on to John Radcliffe Hospital and offers a service 13 (not running from Abingdon!) to Oxford Rail Station. But fbb thinks this poster was less than accurate.
Think of service X3, 13 and X13 as the three legs of the Isle of Man logo. 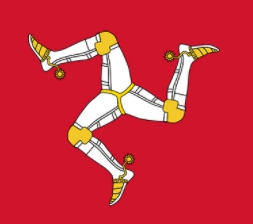 The triple crotch (oooh, painful) is the centre of Oxford. The "down" leg leads to Abingdon, the left leg to Oxford station and the right leg to the hospital. So we have:-

Each service runs every 20 minutes, so each leg gets a bus every ten. There have been changes to the detail of this pattern as here with an additional service 23 in the mix ... 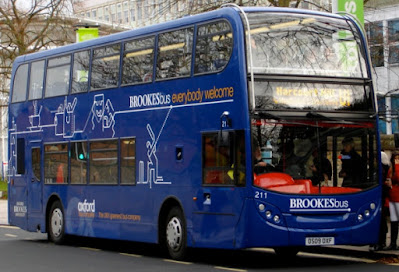 A later (Covid) change tinkers rather more significantly. The X3 now runs to the City Centre ...

... except on Sundays when the X13 through to the Hospital from Abingdon re-appears.

And In 2021
Now comes the announcement that fbb added to yesterday's blog. 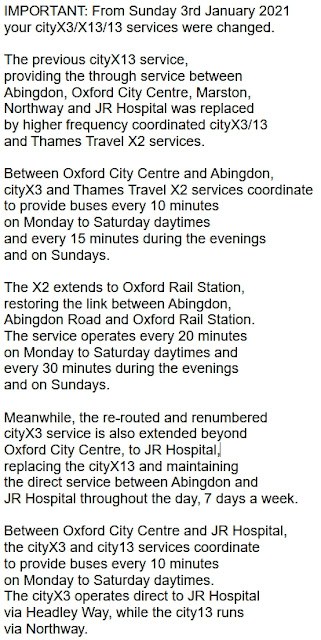 You are not required to read it, or understand it because fbb will provide a summary.

As before, each service runs every 20 minutes giving  six buses an hour on each of the Isle of Man's legs.
So why not stick to the same old stable route numbers? Why not simply say "back to normal"? Why  are they tinkering tediously with transport terminology?
Behind this change lies a very cunning plan by the management at Oxford Bus - a plan which will save them money, maintain (actually re-establish Post Covid) the core service frequencies and, in so doing, IMPROVE a non-core service.
It is all about the X2 - as we shall see in tomorrow's fiendishly exciting blog.
Manchester Mess Magnifies!

In considering Boris' Bus Bonanza plans, proponents and enthusiasts do need to keep an eye on Manchester. Here Mayor Andy Burnham is determined to introduce full London-style franchising with improved services by the bucketful and reduced fares to attract new customers.
Obviously the bus operators are agin it - they will try everything to stop it happening.
This legal challenge is a bit technical and smacks of tantrum-style negotiation; but Stagecoach's big boss is equally not 'appy. 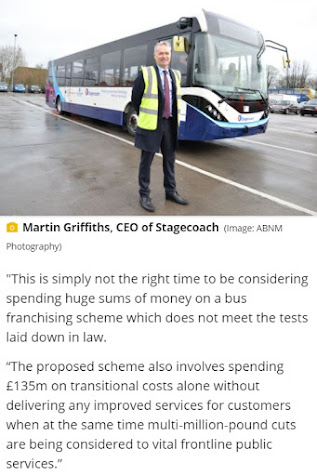 Whilst bro Burnham is determined, he lacks one small necessity - THE MONEY. Now there is just a possibility that HMG will be a bit short of cash for a year or so, due to some medical problem that has been niggling them. The chances of young Andy getting a bag of Borisian gold is slightly less than nil.
Franchising may be a good idea in the big conurbations (may, please, not will) but, however it is implemented, it will cost mega-bucks. Just take a quick glance at the scoreboard in London at the moment where Mr Kahn has bankrupted TfL and had his wrists well and truly smacked by the Great Man at No 10.

There will be tears before bedtime in one office or the other. Your vote might well go to Mr Burnham, soon up for re-election, as potential cry-baby!
Next "Fun With Numbers" blog : Saturday 20th March
Posted by fatbusbloke at 02:00