Yesterday, fbb attempted to chart the development (the rise and fall?) of Trentbarton's "Rainbow" branding. So the R2 was one of many services between Nottingham and Derby. 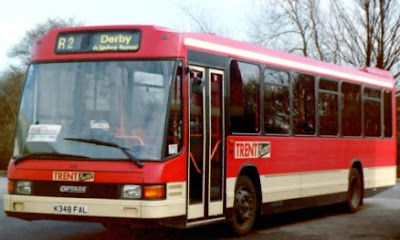 It (like the R5 of yesterday's post) was accompanied by times for the not very frequent R1 on the leaflet.

The "New Rainbow" 2 was somewhat different. 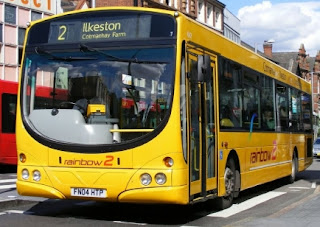 Using your mobile phone the route is unfathomable ... 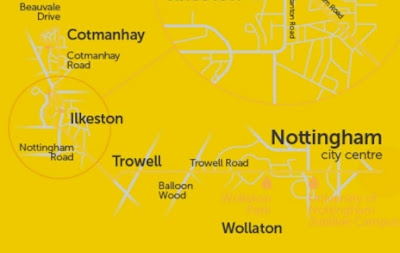 ... yellow on yellow, what a good idea! It is better on fbb steam driven laptop. 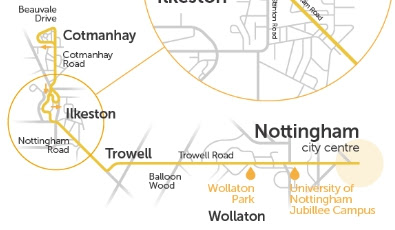 fbb has to admit that he does not know whether the "new" Yellow Rainbow 2 had any close affinity with the original R2.

No matter - under one of Trent's relaunches, it became a rainbowless "the two" ... ... running at a highly respectable every ten minutes.

The Rainbow 3 group ran between Nottingham and Mansfield in an orange colour. 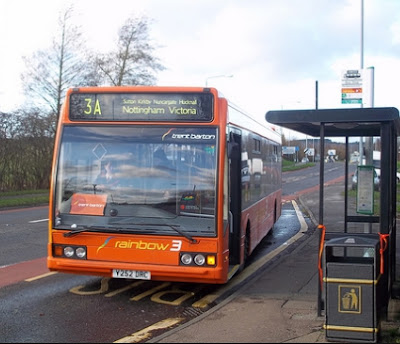 For fbb, this is the weakest of the "lets make is pitifully simple" approach from Trent. Take a look at the map:- 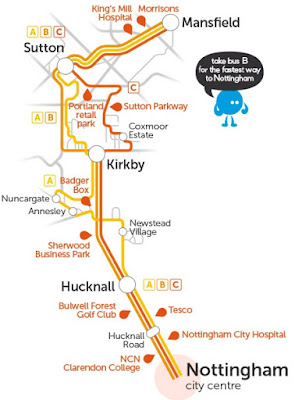 Three orangey lines explain that a bus runs every ten minutes between Mansfield and Suttton-in-Ashfield. Then three different routes are taken between there and Kirkby-in-Ashfield. 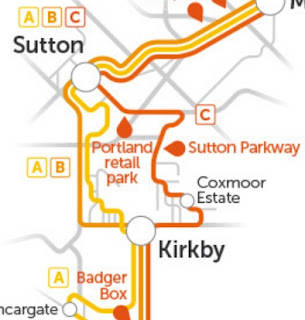 The most "direct" is route B (which should be shown on the left, (B,A then C) leaving A to do even more wiggles. At least the map has a little icon recommending the "B" as the fastest route to the big city. The timetable shows how important it is to get on the right bus. (click on the timetable for a larger view) 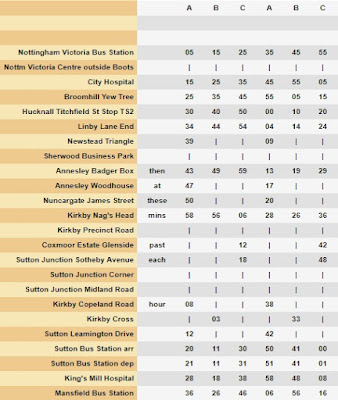 It this a branding too far, joining together routes that ought to be kept separate?

Maybe, maybe not - they are a "normal" every ten minutes between Nottingham and Hucknall. But they are now simply "the threes" and show A, B or C (each in a littl;e box, like the route map) as their route "number". 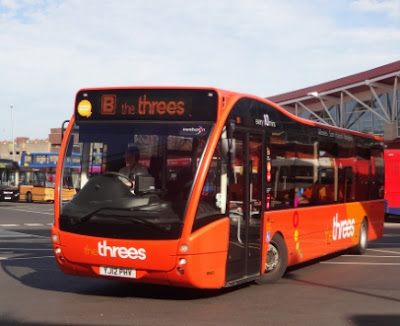 But once again, branding and subsequent rebranding are designed to encourage the belief that "the threes" are a super-smashing frequent service just waiting for you to travel on them. Even if, for many folk, they only have a bus every 30 minutes!

But you wouldn't take the three in any of its forms if you were travelling from Mansfield to Nottingham. For this you would want to go "Pronto". 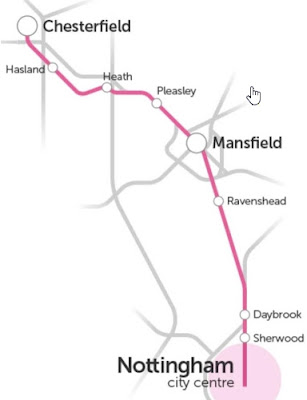 The runs every half an hour from Chesterfield to Mansfield, then every ten down the main drag into Nottingham. The timing from Mansfield at 45 minutes is, of course, far better than the fastest of "the threes". 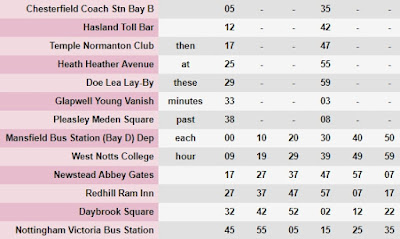 Pronto calls, delightfully, at Doe Lea bus layby, where buses perform some intriguing gyrations to get from the A617 by-pass on to a stop to serve the diminutive village. 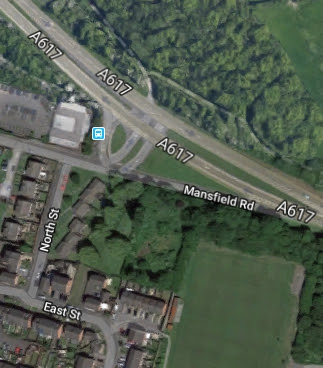 And here's one doing it! 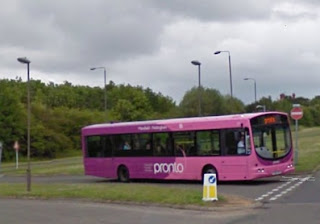 It is travelling FROM Chesterfield TO Mansfield and loops the loop to get to the shelter .. 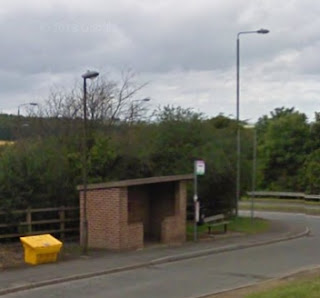 ... which has somewhat lost is character between two consecutive visits of the Streetview Noddy Car. 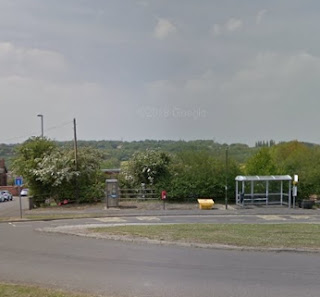 But Pronto has one further secret. It is a joint service ... 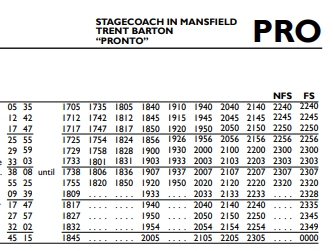 ... but with both operators' buses decked out in the same livery. As a user, you would never know. 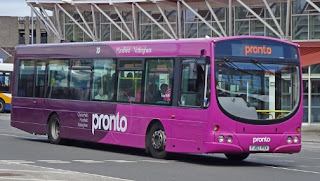 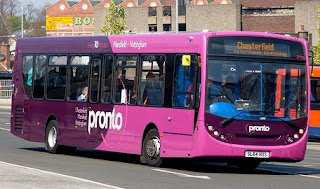 Spot the difference. fbb understands that the joint livery was a product of Trent's febrile mind, agreed to by Stagecoach.

Which leaves us with one remainder from the long-standing Rainbow brand of old. It is still called Rainbow 1, but is has no affinity with the original R1 express between Nottingham, Derby and Manchester.

But it does provide a link with him ... 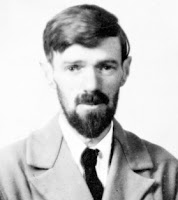 ... and a guy called Oliver Mellors.

Next Rainbow blog : Friday 13th July
Posted by fatbusbloke at 02:00