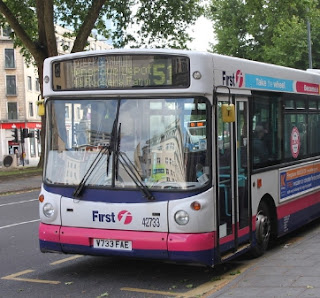 First Bristol has tinkered with routes and destinations or services 50 and 51 over the years, but the decision to withdraw from the 51 completely did not go down well.

A petition has been launched against the sudden decision by First Group to cut the 51 bus route from September 4. First says the route is not profitable - but campaigners disagree, and say the move will have a devastating effect on people who depend on the 51.

Both the 50 and 51 routes link Hengrove and the South Bristol hospital to the city centre. But only the 51 visits certain parts of Hengrove, Whitchurch and Knowle around Salcombe Road - and only the 51 takes people from these areas to the shopping centre at Broad Walk. 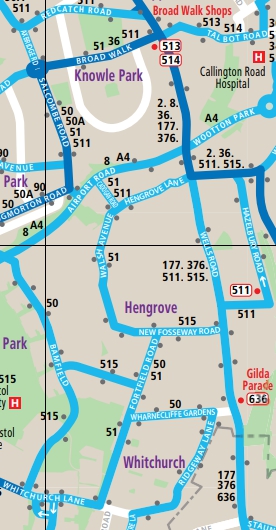 Although there were alternatives at many stops, the link to the main local shopping centre was lost as the associated route 50 by-passed that area. 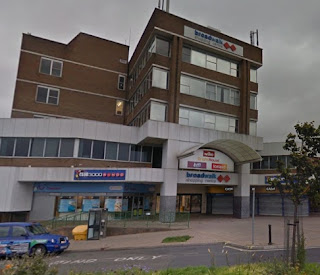 Wessex Bus filled the gap admirably, but not necessarily profitably. They reduced the Saturday frequency from every 20 minutes to every 30, but kept the Monday to Friday headway at every 15. But Wessex will disappear from the end of business on Saturday 1st September.

And First Bus will return!

Following the announcement that Wessex Bus are to cease operating Service 51 between Bristol City Centre and Hengrove Park from 1 September 2018, First is pleased to announce a partial replacement in the form of new Service 2A.

Service 2A will start on Monday 3 September 2018 and operate every 30 minutes Monday to Friday between approximately 0630 and 1930 between Bristol City Centre and Rookery Farm. Starting from The Horsefair in the City Centre, Service 2A will follow the same route as Service 51 through to Belland Drive and will operate via Bristol Temple Meads, Wells Road and Broad Walk.

While Service 2A will not operate as frequently as Service 51, it will ensure that South Bristol communities remain connected with the Broad Walk Shopping Centre and Bristol Temple Meads. There will be no evening or Saturday timetable initially, however, this is something that First will review.

First will operate Service 2A on an entirely commercial basis and will not receive any financial support from Bristol City Council.

So, Monday to Friday only, nothing on Saturday or Sunday and nothing in the evenings?

First Bus are poor at publishing their timetables in advance, and the Bristol site cannot offer us a service 2A ...

... with an unhelpful 42A being an inadequate alternative.

But Traveline comes to the rescue.

The terminus, Belland Drive, was a mystery at first for fbb. It is here ...

... at a local shopping centre for Whitchurch. fbb thinks (?) this is the terminus that was once called "Rookery Farm".

So, unlike Wessex's 51, the new 2A doesn't make it to South Bristol Hospital.

First's existing service 2 runs to Cribbs Causeway in the north ... 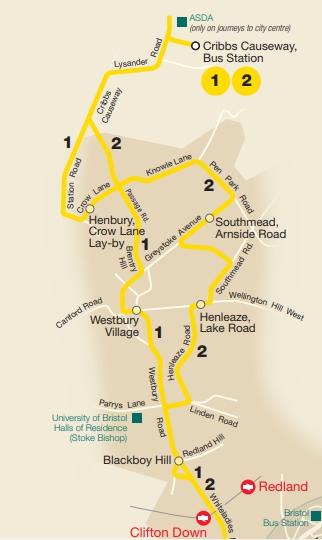 ... to the delightfully name Stockwood The Coots in the south. 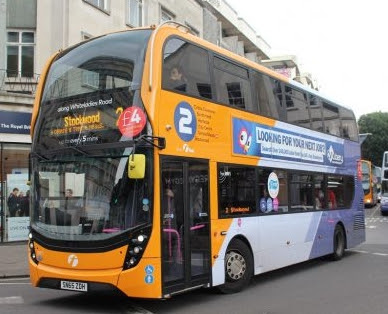 Google Streetview visited The Coots well before branded buses appeared on the scene ... 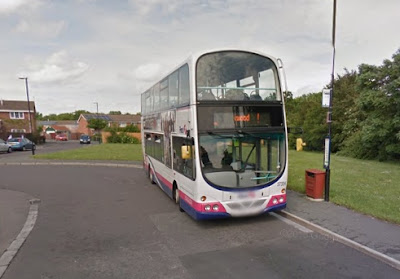 ... but there is a substantial turning circle there but no shelter! The 2 and the old 51 (new 2A) run together to Broad Walk, thereafter the 2 is on its own. 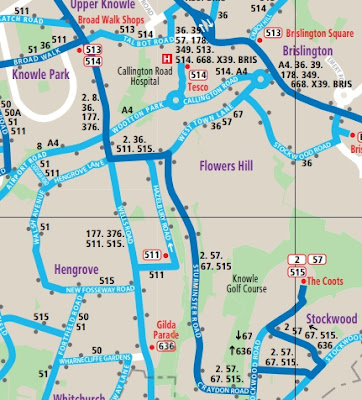 The 57 and 67 shown on the out-of-date map offered some competition for the 2 but as recently as last weekend, ABus (the company, not just "a bus") ... 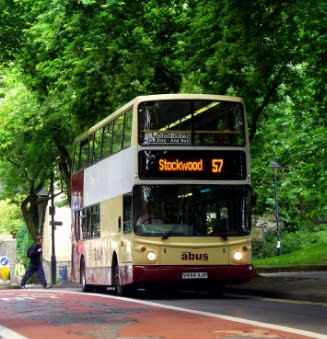 ... cancelled their service to Stockwood.

One Bristol bus watcher suggested that this was a PR exercise by First, using a different number to avoid the blemish on their escutcheon from ditching the 51. Maybe, but are First Bus as clever as that? Or as cunning? SAnd aren't there other numbers which don't need a "A" suffix?

However, fbb reckons that First do have a Baldrick-style cunning plan up their withered sleeve. 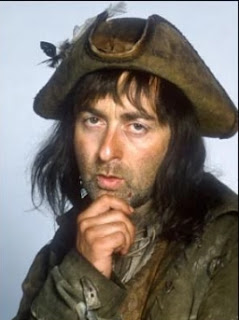 fbb confidently predicts that the ex 51 2A will, possibly at the next major service change, be incorporated as a variant of the pre-existing 2; possibly ( definitely?) with a reduction of frequency to Stockwood The Coots. No need to change the route number, it is already in place!

Buxton Bother Befuddles - Still!
Travel South Yorkshire (TSY) have just published their THIRD attempt at the timetable for the new services between Sheffield and Buxton. 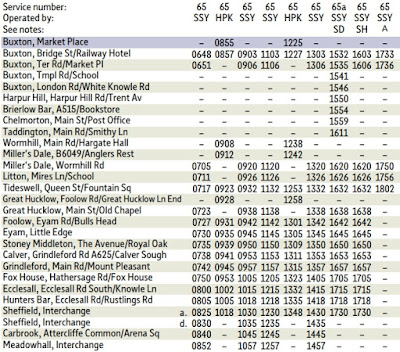 Needless to say, it is still WRONG! Keep trying folks.

And the tireless TSY workers have managed to post departure lists for the revised 65 throughout the route within the city. 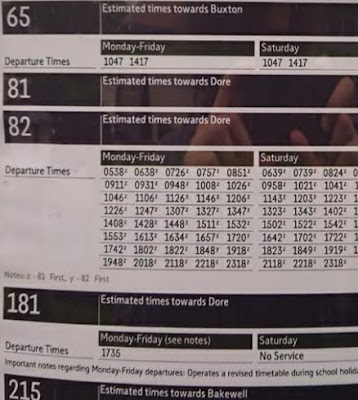 Sadly, they haven't quite cottoned on to the fact that Stagecoach operate another five journeys ... 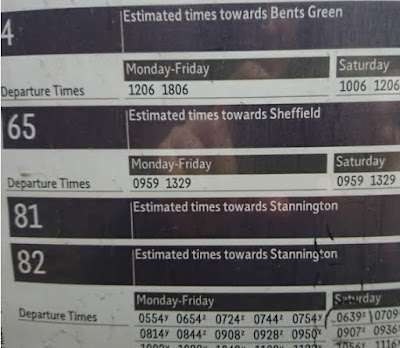 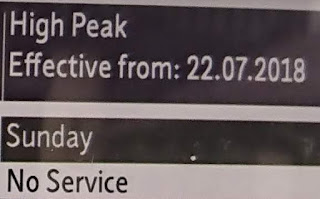 And the 4 is wrong as well. Try again, folks - you might get it right one day.


Next Field by the Rhine blog : Wednesday 25th July
Posted by fatbusbloke at 02:00