A while back, fbb reported on Oxford Bus "Ride Sharing Scheme" ... 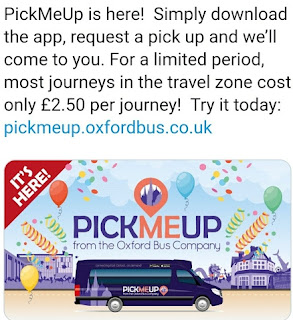 ... and invited any of his readers to report on real live use.


Correspondent Roger kindly invited fbb to use his material. Rog's first journey was from the Station  (there cunningly hidden behind the trees) ... 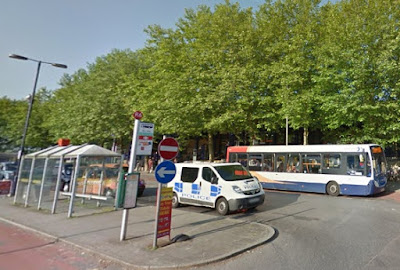 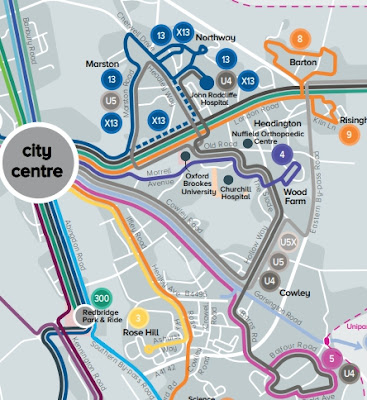 There is, it appears, a penalty of another £2.50 if you try to get a PickMeUp to go where a "proper" bus is available. But Marston Lane did not accrue such an impost.

But PickMeUp did not come as slickly as the general publicity might have suggested. 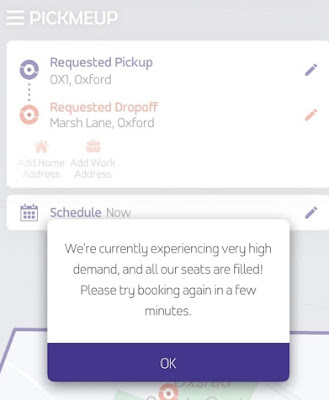 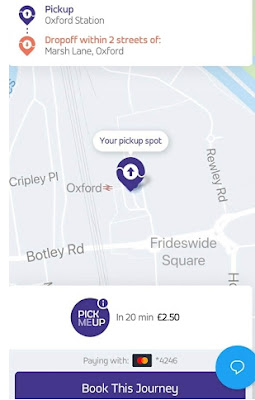 ... and was offered a wait of 20 minutes. As is normal with this software, you are "offered" the journey and you are at liberty to reject, book a taxi, walk, find a big bus or go somewhere else if you wish. But Roger persevered and watched his virtual  bus approached from Sandford-on-Thames ... 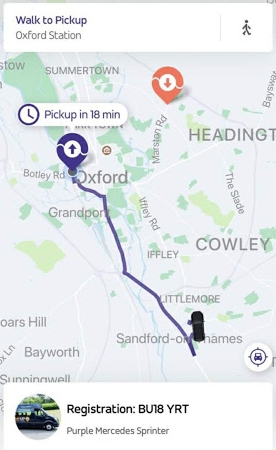 ... about as far from the station as you could get. Sandford is pretty much on the edge of the PickMeUp service area ... 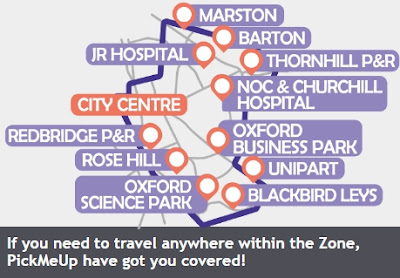 ... and is where the "Oxford Science Park" is located. 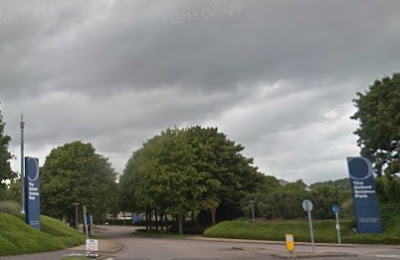 But, after a near exact 20 minute wait the bus arrived and delivered its precious load to its ultimate destination as advertised. 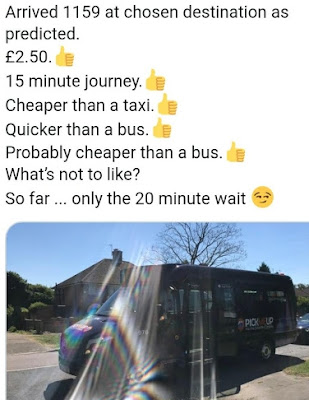 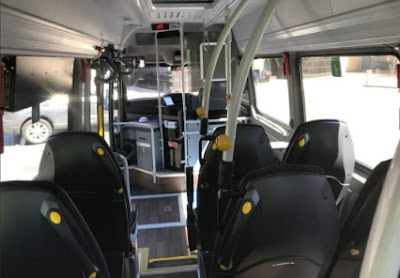 ... but did suffer from a lack of leg room in places, especially over the wheel arches. 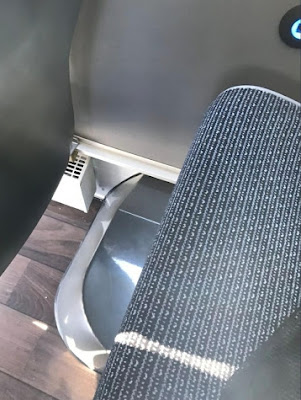 But it is, after all, a minibus and not the same as one of the big, real things with ample space for an ample form!

There were plenty of leaflets in the rack ... 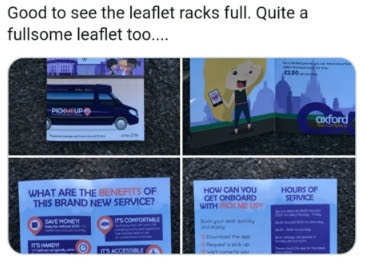 ... making the whole service very satisfactory from the customers' point of view.

From Marsh Lane our un-fazed UpPicked person toddled the short distance to John Radcliffe Hospital, the huge regional health complex on the east of the city. 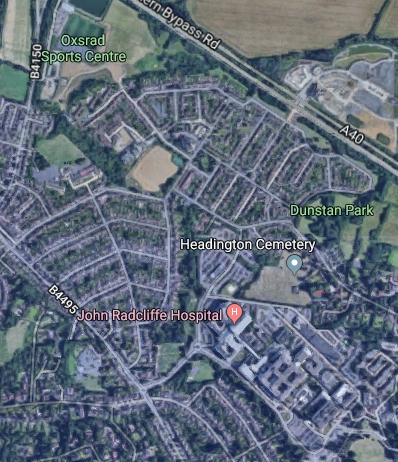 We will rejoin Roger tomorrow as he completes his intrepid investigative insight. In the meantime, here is how that esteemed "rag", The Guardian" (on-line edition) reported the Oxford development. 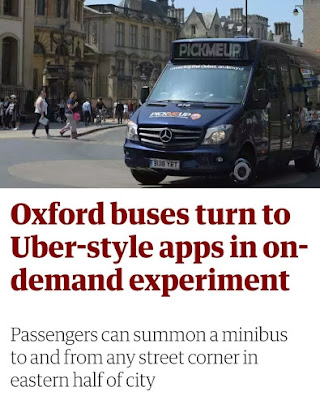 Uber-style? Perhaps not quite the same? Uber is a taxi service, plain and simple; its difference is that you book and pay on line via an App. It is often in trouble for defining its drivers as "self employed", thus part of the so-called "gig" economy. Actually, technically and legally, Uber is NOT a taxi at all, it is a chauffeured hire car service; like the equally controversial "minicabs" of yore.

Whatever happened to minicabs?

A gig economy is an environment in which temporary positions are common and organisations contract with independent workers for short-term engagements. The trend toward a gig economy has begun. A study by Intuit predicted that by 2020, 40 percent of American workers would be independent contractors.

PickMeUp is not like that - it is a "proper" business with employed staff. Its only similarity with Uber is that it carries people around and is accessed via an App.

As Roger rather controversially suggested, "It's a bus, and they have been around for ages!" 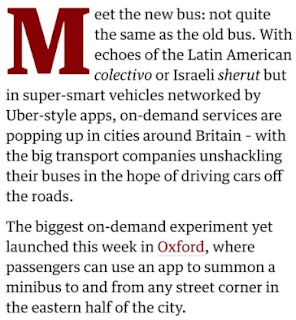 Surely it is Dial-a-Ride in a thin disguise?

And, we know how successful that has been over the last 40 or so years!

But more from Oxford tomorrow.

Next : can fbb come up with an "H" headline blog?
Posted by fatbusbloke at 02:00