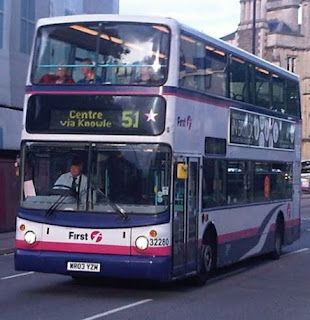 First Bus in Bristol ran service 51 via Wells Road A37 and Knowle ... 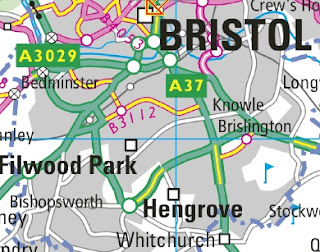 ... then trundling off via Hengrove and Whitchurch to terminate at the South Bristol Community Hospital (?). 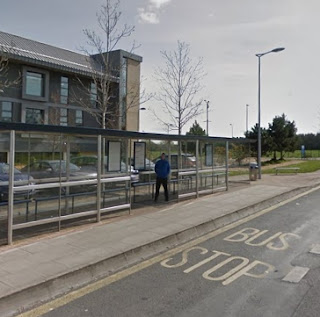 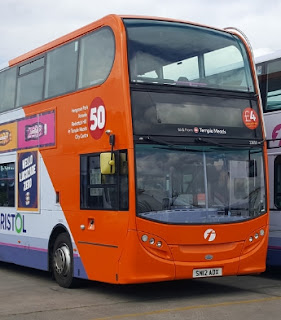 ... with 50a buses running to Hengrove bus depot.

This is a recent alteration that hasn't made it to First's network map ...

... but is shown on the PDF of the timetable leaflet. 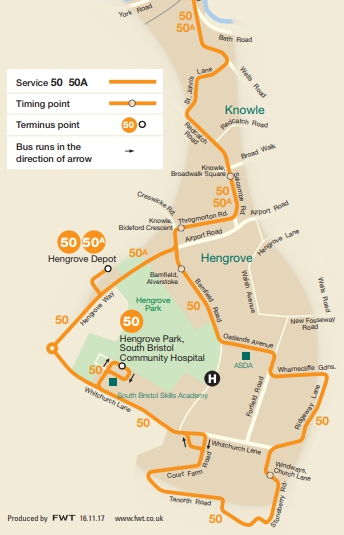 Buses run every 30 minutes on each service.

But First Bus simply withdrew from the 51. The decision was possibly understandable as most of its trajectory was covered by other routes. 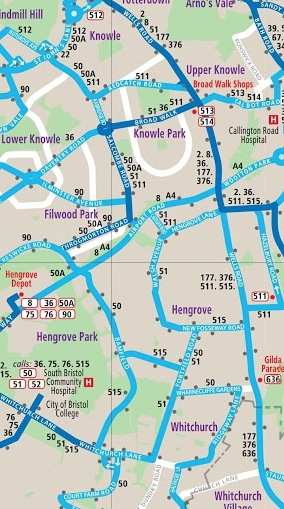 The only significant stops not otherwise served are these on Walsh Avenue ... 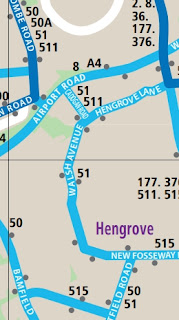 ... (flag by street lamp on right, similar on left straight ahead.) 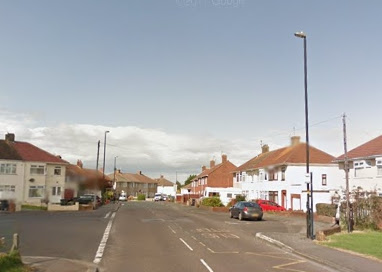 The other stops left completely unserved would have been at Whitchurch ... 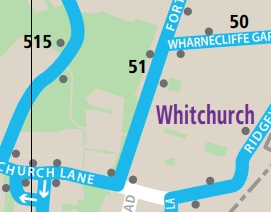 ... at the junction of Whitchurch Lane and Fortfield Road. 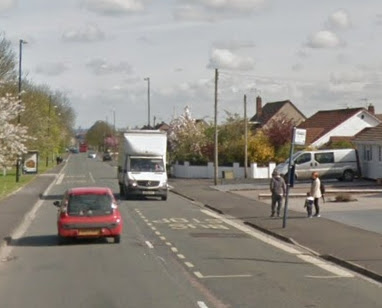 But, of course, it is not as simple as that. People's established travel pattern are disrupted and protests are vociferous.

But along comes expansive and aggressive Wessex Bus (Rotala Group) which nobly provides a replacement. 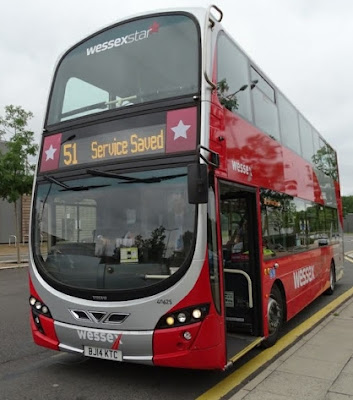 The 51 bus service has been saved – after a rival operator stepped in when First Bus claimed it was not economic. Wessex will take over the 51 route, considered a vital link between Hengrove, Whitchurch and parts of Knowle to the Broadwalk, when First ends its service on September 4.

Not only will Wessex run more buses on the route than First, but they will also offer lower fares, starting at £1. First’s lowest fare is £1.50.

News on August 2 that the 51 would be cancelled with only four weeks notice to the public brought a storm of protest. A hastily-arranged protest meeting at the Broadwalk shopping centre on August 13 drew around 100 people, and 4,000 people signed a petition against the change. Many voiced their outrage at what they saw as First’s focus on profits above providing a service.

There was dancing in the streets of Hengrove! 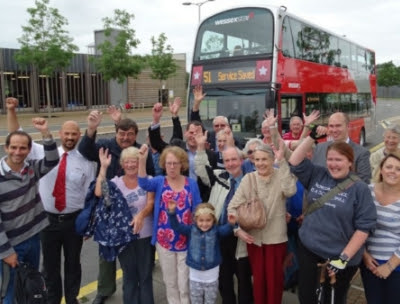 All this excitement happened two years ago, almost to the day. Wessex 51 runs every 15 minutes ... 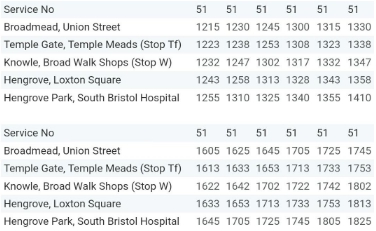 ... in its early days with some cheaper fares.

But now comes the announcement that Wessex is capitulating and withdrawing completely from the Bristol area from 2nd September. 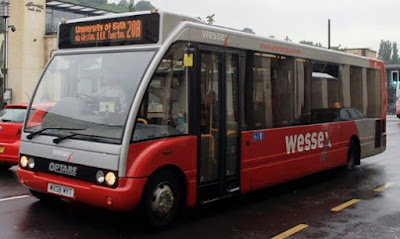 It has already lost its tendered Bath "circular" services ... 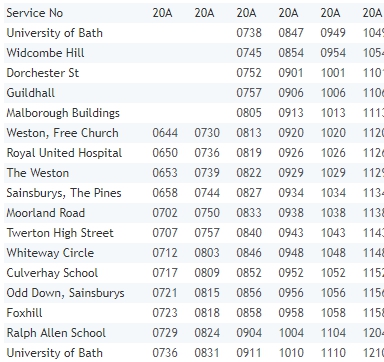 ... to First Bus. The Wessex staff letter merely stated that Stagecoach would be taking over a batch of Bristol tenders but that Bath 12, 42 and Bristol 51 would NOT be operated by Stagecoach!

Needless to say the Bath press made that snippet as horrific as possible.

Two of the services will be of particular concern to Bath residents and are set to be stopped entirely from Sunday, September 2.

The number 42 bus, which runs between Odd Down Park and Ride and the Royal United Hospital is one of the routes affected. It calls at locations including the Mount Road shops in Southdown and Twerton Bridge on Lower Bristol Road.

The number 12 bus is also due for the chop. This service runs between Haycome Cemetery and Holcombe Vale in Bathampton. It calls at locations including Innox Road, Green Park Tavern and Manvers Street.

Likewise Bristol pages heralded the total demise of the 51.

Tomorrow we review one piece of news, a replacement for Bristol's 51.