A selection of updates from earlier blogs.

Not only are the harassed burghers of South Northamptonshire unlikely to get a better bus service, they are even more likely to lose what they have already got.  This is an extract from a "budget cuts" page on the County Council website.

So maybe buy a bike?
from "Ferry Interesting, but Stoopid" (read again)
Seaspeed Hovercraft started between Southampton and Cowes in 1966 and the business was eventually sold to Hovertravel.  The route was then closed down. 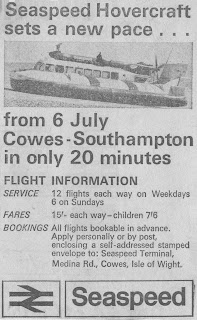 From "The Numbers Game" (read again)
A Sheffield chum emails to tell me about a service "0", operated in the 1998 [?] by Mainline (the name chosen by the employee buy-out of SYPTE bus operation and subsequently sold to First).   It was aimed to tap into the weekend "clubbing" life of the Sheffield student population and was in competition with the taxi firms.  fbb is seeking more information and possible photographs.  [but see below]  It was branded as "Bus Zero"

The buses were reported as Metroriders bought second hand from Northern, who, in turn, had obtained them from Greater Manchester.    Maybe like one of these? 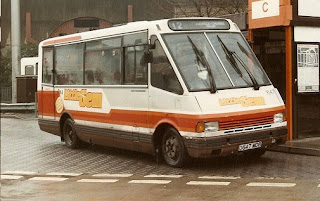 In their "Route Zero" guise, they hit the national headlines by having condom machines installed.  Yuk!

STOP PRESS : Received at 1730 on Monday 7th February, just hours before publishing this blog, a picture of a Bus Zero taken at Central Bus Station (sorry, the Interchange) in 1998.  Thank you very, very much to Richard Turner for letting me publish his rarity. 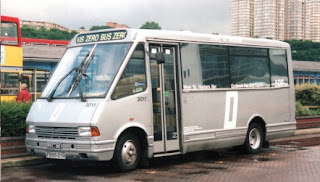 And it was "one of those"!
But service  number "000" is surely lower than "0"?  In any case, Bus Zero does not appear to show any route number in the destination blind space - so it doesn't really count.

fbb is reminded that the Clyde Tunnel at Whiteinch itself replaced passenger and vehicle ferries; herewith a 1955 picture of the passenger vessel. 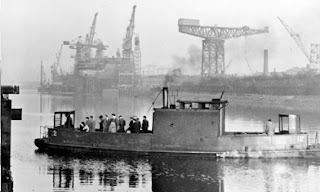 And the vehicle ferry.  The location of this shot is uncertain but all the "inner city" vehicle ferries were similar. The vehicle deck was raised and lowered mechanically to match the height of the tide, thus ensuring that the ferry deck was always at road level.   Cunning, eh? 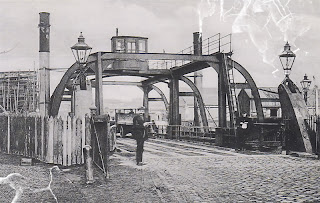 The mechanics are clearer in fbb's pic of a model on display at Glasgow Transport Museum. 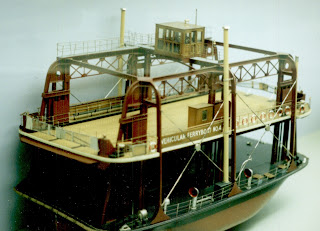 The only cross-Clyde ferry remaining runs between Helensburgh and Greenock for passengers only.  Maybe the subject of a future blog?   For motorists, the western Clyde area is now served by the spectacular Erskine Bridge.
Posted by fatbusbloke at 07:46