Does it need to be so complicated?

fbb is researching public transport for a holiday in North Wales planned for early May.
Bethesda (taking its name from the main Chapel in the village and located on the A5 south of Bangor) owes its existence to the now-closed slate quarry of Lord Penrhyn who owned most of the land to the northeast of the main road.  The A5 marked the boundary of the noble lord's land and thus most of the town and all of its pubs (!) lie on hillside terraces to the north of that ancient highway. 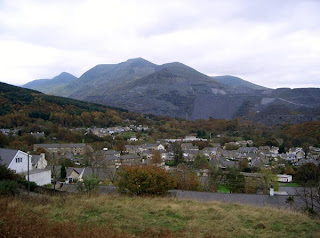 The town was served from Bangor by a branch on the erstwhile London and North Western Railway's network - a line which closed to passengers in 1951 early in British Railways ownership, with sporadic freight hanging on until 1963. 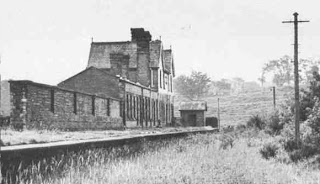 Today, bus services are in the hands of Arriva and Padarn; offering potential passengers a dose of "healthy" competition.   But does it need to be so complicated?
Bethesda Ogwen Terrace
Bethesda Station Road
Bethesda Penrhyn Terrace
Bethesda Adwy'r Nant
Bethesda Tan-y-gaer
Bethesda Victoria Square
Bethesda Glanffrydias
Bethesda Londis
Bethesda Penybryn School
Bethesda Spar
are all stops claiming to be "Bethesda" in various timetables.   All but one of them are at, or near, the "centre" of Bethesda.   So what's going on? 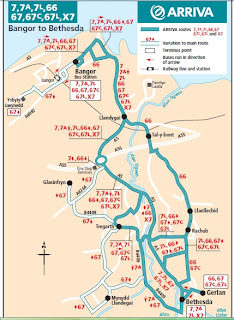 Arriva's main group of services are numbered 7 and 67  and run via Tregarth and Rachub to Bethesda (7) and beyond to Gerlan (67).  The 66 is a less frequent "back road" route via Llanllechid.   And one 67 journey follows the same route as Padarn service 6 via Glasynfryn.   In fact EIGHT service numbers are used for three basic routes each with numerous daytime and peak hour variants.   Still awake? 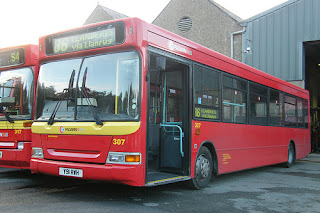 Padarn Bus (having recently taken over the services of KMP in Llanberis) is now a major player in the area and its network of mainly competitive routes is equally comprehensive. 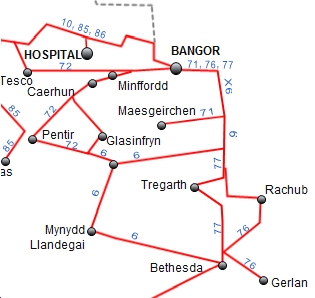 Basically the 77 "covers" Arriva's 7 whilst the 76 parallels Arriva's 67.   Confused dot com?   But both the 76 and the 77 have at least two variants each, depending in their detailed route through Rachub and Bethesda.   Padarn's 6 is a circuitous but infrequent route serving a wider selection of neighbouring villages.
So the innocent visitor has to grapple with a possible 10 timetable stops in Bethesda, 11 route numbers and something like 25 route variations.  Is this REALLY a benefit of competition?   Does this complexity encourage new users?   Will fbb get inextricably lost when he visits in May?   Or will he drive round in the car?
Does it need to be so complicated?
Posted by fatbusbloke at 08:13