But Wigan's not a Big 'Un 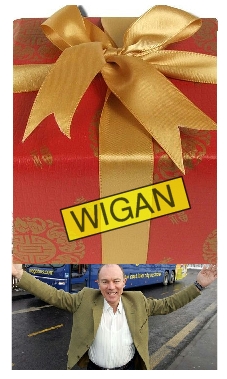 fbb has to confess that he knows very little about Wigan. On an all-line rail rover whilst in his late teens the less chubby one did transfer from Wigan Wallgate to Wigan North Western which involves crossing the road on a longish diagonal. That's all. fbb has never read Orwell's "The Road to Wigan Pier".

The original "pier" was a coal loading staithe, probably a wooden jetty, where wagons from a nearby colliery were unloaded into barges. The name was also brought to popular attention by George Formby Senior in the Music Halls of the early twentieth century. 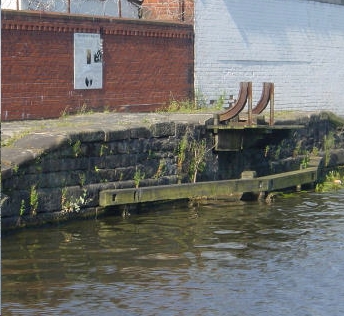 The original pier is believed to have been demolished in 1929, with the iron from the tippler being sold as scrap. Because of the more recent pride in the area's heritage, a replica tippler has been erected at the original location.

In the 1980s, the canal warehouses were restored and put into use as a museum, exhibition hall and pub. The nearby Trencherfield Mill was incorporated into the "Wigan Pier Experience", with a waterbus linking it to the main site but this has now closed..

Wigan was blessed with a Municipal public transport system until 1984 when it was swallowed up into an enlarged Manchester PTE. Its maroon fleet was usually smart and buses ran well outside the town boundary. Here is one of those new fangled double deckers from the 1930s at a stop in Fleet Street just off the Ormskirk Road in Pemberton, an inner suburb. 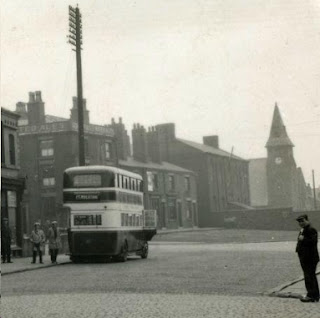 And here is a shot from a similar angle today with only the Methodist Church spire as a memory of things past. 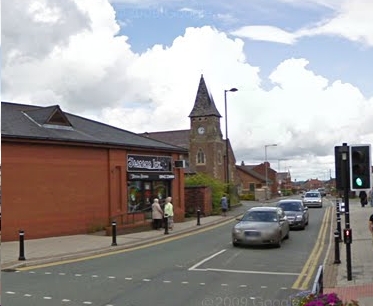 And here is a service 8 (1960s?) on its way to the Bleachworks at Standish to the north of the town. 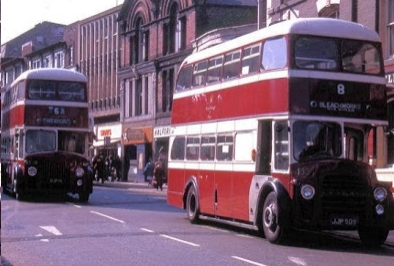 Whilst Standish still stands, the bleach works are no more, having been demolished in 2003 ... 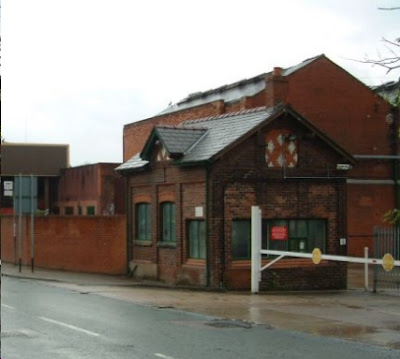 ... with just a few tantalising buildings left standing on the fringes of the invevitable housing estate. The bus stop is in the same place, however. 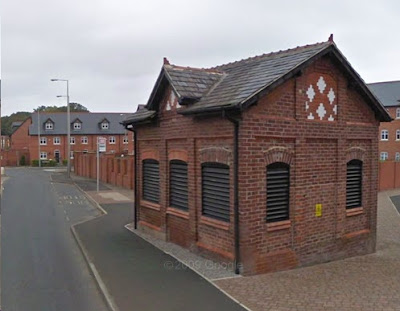 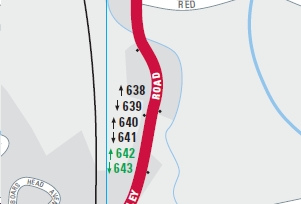 Together these give a paltry two buses an hour Monday to Saturday daytime for those living on the former Bleachworks estate. Operators are South Lancs Travel and Wigan Buses Ltd. 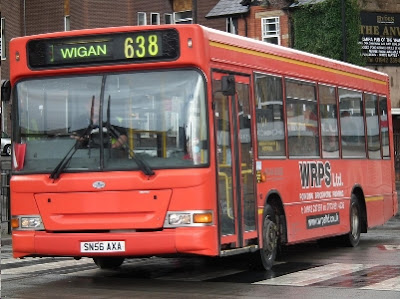 Sadly the latter has no connection with Wigan Corporation Transport, so Uncle Brian has obviously not acquired these services as part of his early Christmas present.

Which thus begs the question. What has Stagecoach bought for 12 million pounds? How many of the former Corporation bus routes remain in the hands of its successor, First?

The answer will be revealed tomorrow.


Next Bus Blog : Tuesday 6th November
Posted by fatbusbloke at 02:00