There are many who may well doubt the sanity of a nearly-68-year-old going on safari to Sheffield. To ride on buses! Within that many is Mrs fbb! The aim was to meet up with a couple of chums, namely bro-in-law John and chum from way back, David. John's health is not as good as it has been and such jaunts may not be possible for much longer.

And, of course, the bus companies in Sheffield have formed a "Partnership" and planned an integrated network with (some) integrated ticketing, of which more anon. This commenced on 28th October, so an investigation two weeks later should allow sufficient time for a "shakedown".

Then, of course, there is the roulette wheel of Sunday Travel. So here goes (well, actually, "there went" : on Sunday 11th November).

Oodles of time to saunter in troglodyte mode to St Pancras via London Underground; eschewing official advice and changing from Northern to Piccadilly at Leicester Square. It's a good thing that there's good signage to guide the hapless passenger through this lot! 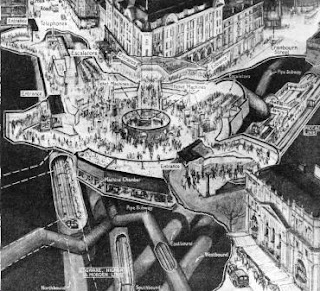 fbb's method:- "Travel in rear of train from Waterloo, alight, turn right and use convenient linking tunnel to Piccadilly platforms. 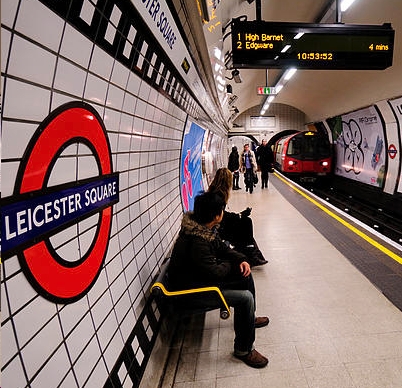 Remain in rear of Piccadilly line train and you will be right next to the exit escalators at Kings Cross St Pancras." 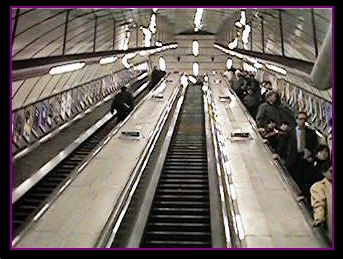 There is then the route march from Underground to the East Midlands Train platforms in St Pancras. 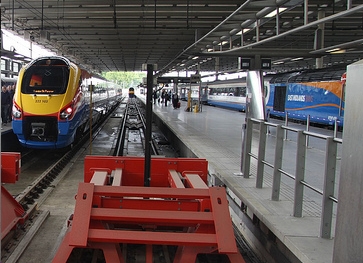 Whichever way you go it can be a real drag, especially if you have a load of luggage. No alternative, though, so press on!

Now here's the clever bit. As the train arrived early catch the Supertram at 1953 and alight two stops later at High Street thus avoiding a trek through some of Sheffield's less inviting alleys. 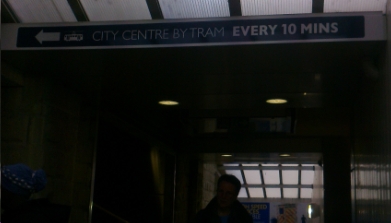 A 10 minute service runs every day from Station to City centre, but operating to a different pattern on Sundays with some links running only every 20 minutes. 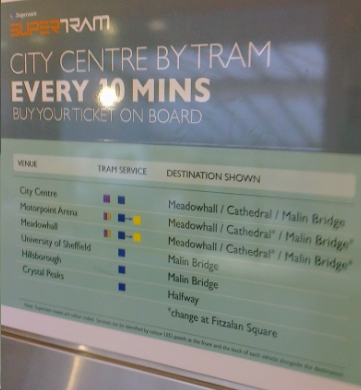 Oddly, for example, the "purple" line runs every 20 mins on Sundays but only every 30 minutes Monday to Saturday. Tram travellers need to be a bit careful! 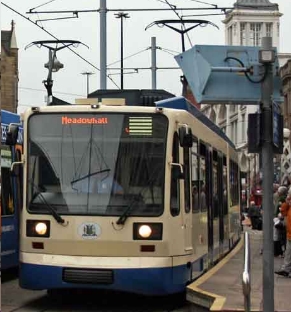 The actual vehicle was the one tram in supposedly Sheffield Transport blue and cream; but, sadly it's the wrong blue; although you wouldn't know as it was dark.

And so to bed. Previously, fbb expressed his uncertainty about the existence of a Little Chef at the Travelodge. 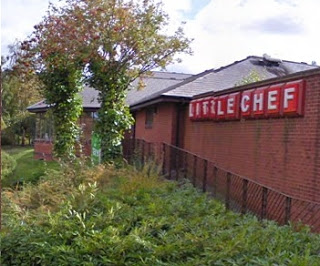 His fears were well placed as "it closed about 18 months ago, luv." 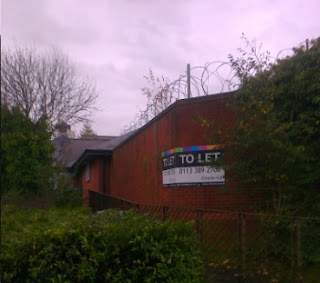 So where and how was fbb going to break his fast? This challenging problem will be resolved in due course.

But the elderly and corpulent one completed his journey without incident, on time, at a good speed and at a good price. When our nation's public transport system works well it is, indeed, splendid.

As a sort of P.S., it is worth pointing out that the Little Chef, reduced to nonexistence for about 18 months, still appears on over a dozen web sites purporting to keep us all up-to-date and informed about the Sheffield area. It's not just public transport that is so easy to access now it's all on line. 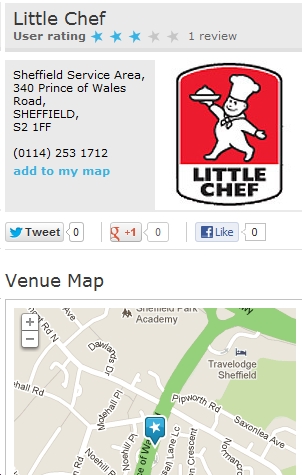 And, of course, the little blue tab on the map is in completely the wrong place. The Little Chef was attached to the Travelodge, which is in the right place.

The internet is so wonderful!

Tomorrow we start a short series about the Sheffield Bus Partnership and the background to the current "intergrated" network:-


Next Bus Blog : Monday 26th November
Posted by fatbusbloke at 02:30