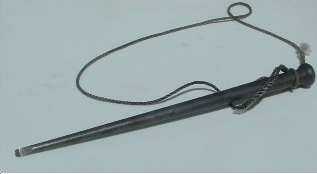 
Several things on our Island never change. "Gridlock in Newport" means a queue of six cars. "Worst season ever for Island's Tourism" is a headline run by the local paper every year. But what creates more venom that trivialities like council tax, the health service and our MP's expenses is the ferry company Wightlink.

Hovertravel hovers
from Southsea (i.e. Portsmouth) to Ryde (passenger only)

But on Wightlink, we are told, the prices are too high, the service is cr*p, the staff are rude and the coffee is awful. (The latter is true!) Oddly, much less venom is directed against Red Funnel, whose prices are equally high and whose coffee is equally awful! Recent headlines have been about voluntary redundancies and cuts to Wightlink's late evening and early morning services from January 2013.

Dear Wightlink, these ferries aren’t just a business for you to maximise your earnings from.

Yes they are! The purpose of Wightlink is only to provide a return on money invested for their shareholders. They do this by selling ferry crossings for the best price they can get. Until very recently the service has been increased year on year so clearly this policy has been working. But times they are a-changing.

You have forgotten (or chosen to ignore) this is a vital service you are providing. By dropping these nighttime ferries, you are messing with the lives of Islanders.

No it isn't a vital service. No-one needs to take a car onto the Island or off the Island. It is a choice and a consequence of that choice that we Islanders have made. Before the car ferry service explosion began about forty years ago, travel by this mode was rare. A reminder of the Monday to Friday Red Funnel service in 1957.

There was no Red Jet fast service and no Hovertravel and most ferries stopped in the early evening except on Summer Saturdays. Amazingly, the Island survived.

At least one on-line contributor to the debate was brave enough to give a more sensible answer ...

Well, they are not messing with the lives of very many Islanders. I was on the 23.59 from Lymington recently and there were just three cars and four people. On arrival at Yarmouth, there was just the one car waiting to get the return journey.

And this next guy's body is probably now floating in the Solent, mangled into an unrecognsiable blood encrusted blob by the claws of baying Vectensians. But he is right.

If you don’t like feeling cut off from the mainlaind, why are you living on an island? I despair. Wightlink is a business, just like Red Funnel and Hovertravel, and they have to act like one (as does every Island business however large or small). If you want the council to subsidise ferry services for a handful of people then you it will have to be paid for through increased council tax.

Of course, whether the Island wants to return to its isolationist and pedestrian life-style is a political and a social decision. Cheaper ferries and empty late night crossings or keeping Council Tax low. Our political choice.

But, on the other hand, are Wightlink shooting themselves in the gunwales? Cut late night boats and less will cross earlier in the evening because they can't get back. So chop out a few early evening trips. Now people going across for the day can't get back so easily so they don't go at all. So now we cut a few daytime journeys. Business sense or business stupidity?

What do our councillors think. Answer; they don't! (Think, that is.) 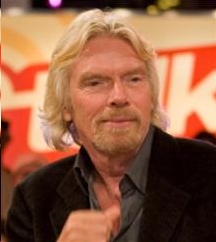 Business tycoon Richard Branson, the man behind the Virgin brand, will be made a business proposition from the Isle of Wight; to buy Wightlink ferries. There have been rumours Wightlink is up for sale, which have been denied by the company. At Sandown Town Council's last meeting however, it was suggested Mr Branson, who is understood to have relatives on the Isle of Wight and visit regularly, could be interested in a takeover.

Cllr Chris Dupre, who came up with the idea to approach the Virgin boss, said: "He would be a good person to give us a great ferry service on the Island. Over the summer, we have had a lot of complaints from people about ferry costs. If people arrive at the ferry terminal and see it is £160, they’re going to turn around and go to Devon instead. So many businesses depend on people coming across to the Island," he added.


Leaving aside the ludicrous idea that anyone with a brain would turn up for a peak Summer sailing without booking or checking the fare, find it expensive and abandon their Island accomodation and go to Devon; does Councillor Dupre really think the Tricky Dicky has an alternative business strategy whereby he wouldn't want to make a profit. Low flying Gloucester Old Spots again! 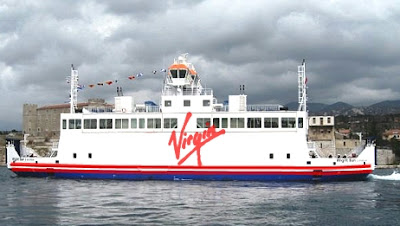 fbb once attended his local Parish Council meeting. The hot topic was the withdrawal of the bus service to a neighbouring village with consequent hardship to "hundred of people" wanting to get to the doctors'. fbb, then operating an open-top bus service, offered to run a link for £200 per day. The Parish Council was, to a man (and a woman) aghast. "We can't afford that," they cried with tears pouring down their impoverished faces. fbb even offered to pay any revenue over £200 back into the Council's coffers.

After some debate, in which fbb reminded the Council that Southern Vectis was not in the business of running loss-making services, a female councillor opined,

Nods of approval from the rest of the honourable members. Such is the intellectual quality of the average local councillor!  The bus service was (then) withdrawn without replacement. There was no noticeable increase in the mortality rate in the village as a result of lack of buses! Subsequently the route re-appeared but not on account of the complaints, merely because it suited the company's business aims.

If Wightlink continues to charge high prices, it is because people are willing to pay them and if we Island residents don't like that, we should simply stop travelling on their boats. The company would very soon have to revise its business strategy. Instead of emotive letters and tweets, how about a one week passenger strike? No-one from the Island travels with Wightlink for a whole week. It worked with rail commuters in Bristol; they got their extra carriages and seats. 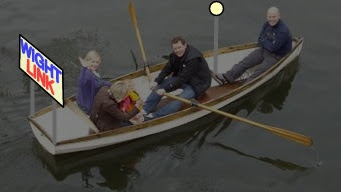 Next Bus Blog : Saturday 10th November
Posted by fatbusbloke at 02:00