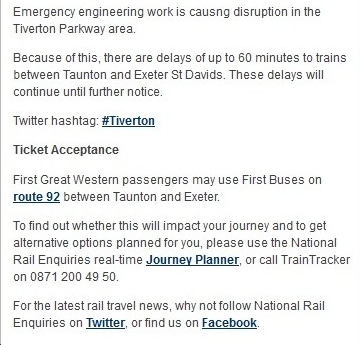 But the good news is that your train tickets can be accepted on the bus, namely route 92 between Taunton and Exeter. Bit of a snag ... 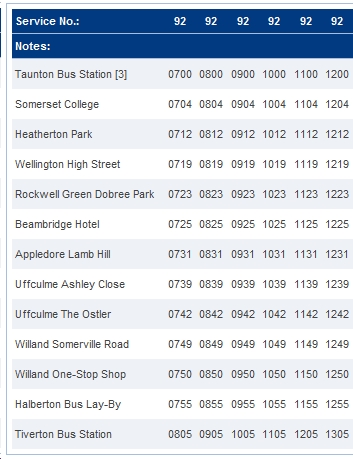 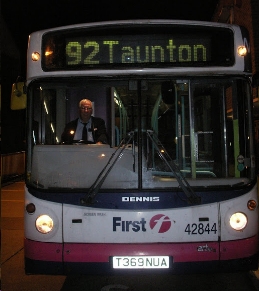 Now who runs the trains?

And, in case you forgot, who runs those service 92 buses? 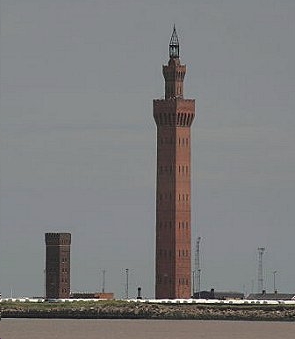 ... was absorbed into Lincolshire Road Car, privatised as part of the Yorkshire Traction Group and subsequently taken over by Stagecoach. The Corporation ran trolleybi ... 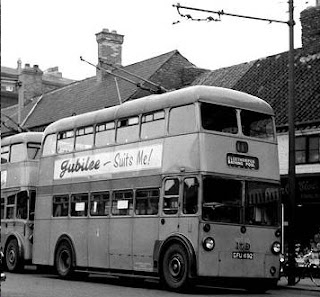 ... and subsequently a motley collection of buses. 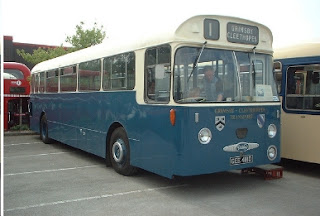 Of particular interest, however, was the Grimsby and Immingham Railway.

With silting problems occurring at Grimsby, a problem with that site since it was first used by the monks of the local priory, the owners of the docks, the Great Central Railway were forced to look elsewhere in order to maintain and strengthen their hold on seaborne traffic on the River Humber. The company were looking for a site which could be made accessible at all states of the tide to vessels of up to 6,000 gross registered tons (grt). Taking into account the fact that the deep water channel of the river comes nearest the south bank at Immingham this was chosen as the site for the new deep water dock and estate. Immingham village, and the land purchased for this new venture, were rather inaccessible by road, so an "inter-urban" tramway was built, opening with the new docks in 1912. 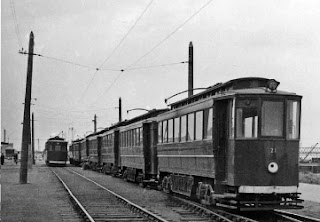 The system closed in 1961. The route is still in place as a freight branch; the upper black line in the map extract below.

Nowadays, most bus services have stops on Bethlehem Street near the Station. 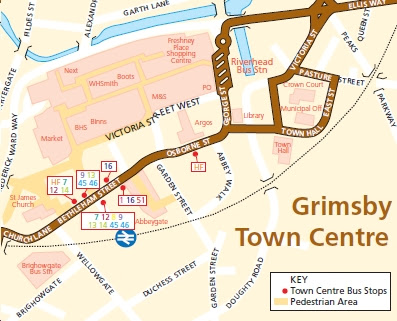 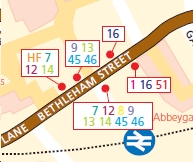 These stops are reasonably convenient for most of the town's traditional shopping streets ... 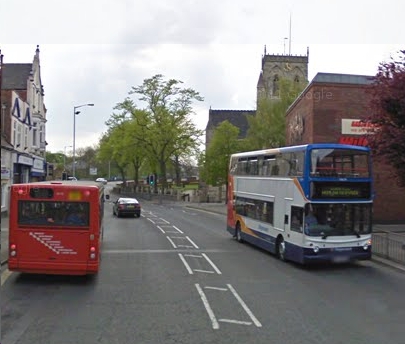 ... and a short walk from the Railway Station. The good old traditional Lincolnshire Road Car bus station on Brighowgate is now closed ... 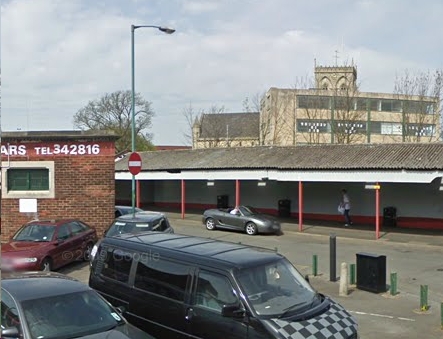 ... and a newer facilty has been provided adjacent to the Freshney Place shopping facility at the opposite end of the town. It is thither that we will repair tomorrow.


Next Bus Blog : Sunday 18th November
Posted by fatbusbloke at 02:00