The Map of Mystery Award [1]

Snippets from Sheffield : No 2
full Sheffield Blogs due next week
Wonderful WiFi and a Major Moral Dilemma.

fbb's dongle is useful for maintaining internet access when away from base. It is not cheap, but offers cost-effective on-line access for occasional bouts of blogging, internet enquiries, e-mail downloads etc. But a dongle on the train as it speeds across this sceptred isle is, like many of fbb's appurtenances, decidedly unreliable. So the chubby one decided to buy a bundle of bites from East Midlands Trains at £4 for the Sheffield to London transit.

WiFi is available on all our trains to and from London. WiFi is complimentary in First Class and starts from just £4 in Standard Class per journey, £7.50 per day, £40.00 per month and £299.00 annually. So you can keep up to date and make the most of your time while on the move.

So fbb settles down to log on and cough up. But no log'n'cough screen appears. A stir around the several hundred bits of WiFi clutter on his confuser revelas the he was already logged ...

and for free, gratis, nothing,

Why this astounding generosity on the part of East Midland Trains? Brian Souter's Birthday? A special offer for fbb as he is so nice to Travel South Yorkshire? 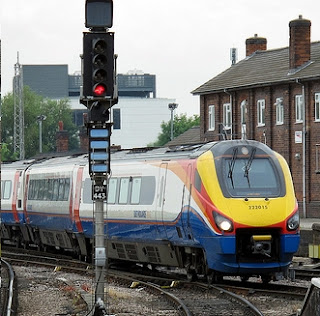 Sadly, none of the these. fbb has parked his ample posterior in standard class seats in a coach that is mostly first class (where WiFi is free!!!). Presumably the tramsmitter thing serves the whole coach?

The dilemma? Should fbb send a cheque for £4 to Uncle Brian as he might be a bit short in the run-up to Christmas, having bought lots of First Bus companies?

fbb has attended the ceremony at the London Hilton Hotel where a crowd of the glitterati of the bus industry welcomed hostess Fiona Bruce ... 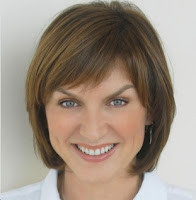 ... specially flown in from Planet Vulcan ... 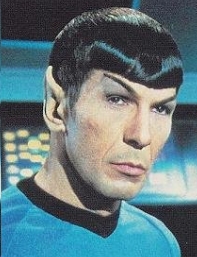 ... and accompanied by her current partner.


The Map of Mystery is awarded to the organisation that produces the most incomprehensible map of a bus route. The judges are always anxious to recognise supreme examples of the map makers' skill; examples where all the resources of design, computing and GPS technology are combined to produce cartography that is, in varying degree, of little use to the travelling public. The award is always eagerly contested; with this year's nominations being ...


London Buses for their "Spider" maps. 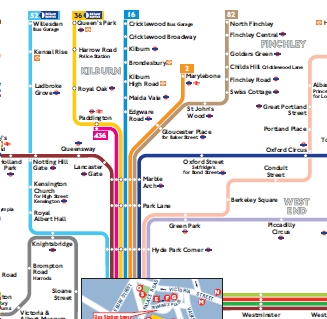 As well as providing the user with significant geographical confusion, the use of different colours on adjacent maps for the same routes and inconsistent stop names is especially baffling. A particular feature of these maps is that they are almost impossible to follow on-line and too big to download and print out.

First Bus for their ludicrous map of routes 75 and 76 in Sheffield.

This combines all the best attributes of poor cartography. It is hard to read, incomprehensible, inaccurate and completely out-of date.

It is used to advertise a high profile bus service, so the poor quality is particularly noteworthy. 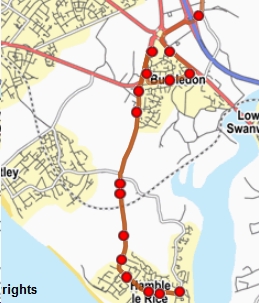 ... by failing to recognise that the route follows a one-way loop. Traveline's ability to use badly managed data to produce badly managed maps is legendary and there are thousands of examples throughout their expensive system to delight the award judges.

National Rail for their onward travel maps from main stations. 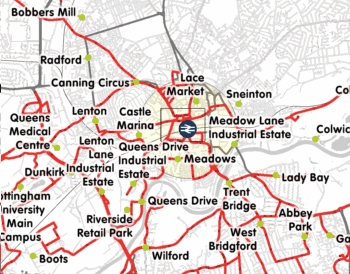 As well as the meaningless jumble of red lines, the judges particularly liked the inclusion of the hopelessly irrelevant "Bobbers Mill" top left. Once again, the national rail site offers dozens of similar beauties, most of which provide nothing of use to the potential rail bus interchange passenger.

But this year's winner is a star amongst stars, the zenith of cartographical awfulness; and it is [long and artificial pause with thump thump type music whilst nominees gaze embarrassingly at their feet] ... 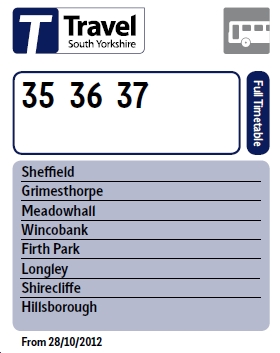 Travel South Yorkshire [TSY] for the map on the leaflet for the recently changed Sheffield routes 35, 36 and 37.

[Tumultuous applause from all those attending]

The chairman of the judges gives the appreciative citation.


to be continued tomorrow

Next Bus Blog : Thursday 15th November
Posted by fatbusbloke at 02:00